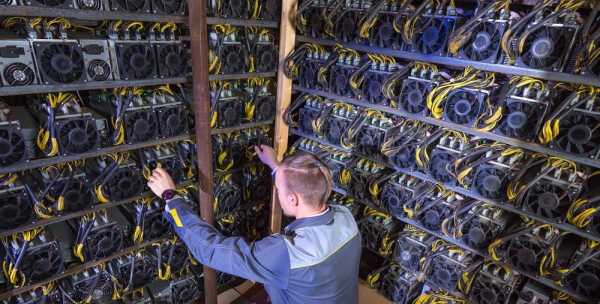 
Mining profitability levels for bitcoin are finally on the decline, a new report has claimed.

China’s crackdown on BTC and altcoin mining – which began in early summer and intensified in September – took a heavy toll on the global hashrate (computer power on the BTC network). But the findings of an Arcane Research report suggested that Chinese miners defying the crackdown and miners based elsewhere in the world saw profits soar.

#Bitcoin mining profitability is on the way down after the super-profitable autumn.

That growth appears to have continued until November, when profitability began to decline, Arcane noted.

The profitability rate for BTC miners using the Bitmain Antminer S19 rig has now dropped to July levels. The cash flow per BTC 1 currently stands at $39,000, the researcher added. In November, profitability levels were almost double this figure, peaking at around $60,000 per coin.

Price drops in the bitcoin market were also partly to blame for the profitability decline.

But it appears that miners are happy to hold on to their coins and wait for price rises before making liquidity moves.

Earlier this week, the analytics service Glassnode remarked that the amount of bitcoin currently being held by miners stands at BTC 500 shy of the all-time-high figure set in December last year – at almost BTC 1.8 million.

These coins are issued to miners as a reward for solving a block, but have never been spent onchain.

Arcane, meanwhile, remarked that the “recent profitability decline” had “led to a reduction in the share prices of publicly listed mining companies.”

It noted that since early November, some players have seen a share price slide of over 55%, with rival players seeing 40% falls – despite the fact that bitcoin prices had “only” fallen by 32% “in the same period.”

The firm concluded that this slide downwards proves that “mining companies are more volatile than the bitcoin price.”

Arcane predicted a further drop in profitability in the near future, writing: “As more hashrate continue to come online, we expect the profitability of mining to continue trending downwards over the next months.”

What Does a Risk Analysis Say About Yield Guild Games (YGG) Thursday?

Three Easy Pieces: How to Teach Your Grandmother Bitcoin