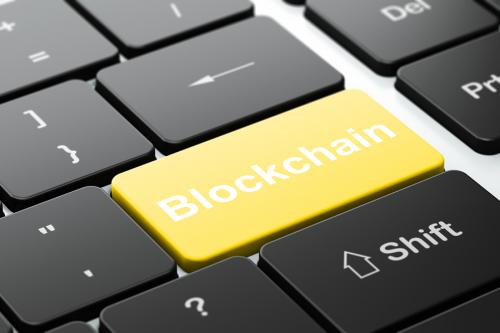 The last few years have seen an unprecedented increase in the use of technology across sectors. The education industry in particular has adapted well to this change. It has integrated technology almost seamlessly into its existing frameworks, both for the delivery of course content and ancillary objectives like administrative tasks and solutions for paying fees.  One such new, upcoming and revolutionary technology is blockchain, which offers potentially great solutions to the education sector, for storing certificates, verification of credentials, rewarding students for task completion and intellectual property management, et al.

Fundamentally, a blockchain is a decentralised network facilitating transactions between multiple participants usually across different locations. It stores a record of all transactions which occur on it in separate “blocks”. It is ‘decentralised’ because these records are distributed across devices of each participant in the network, and no single entity controls the network, unlike traditional databases. In the case of public blockchains, this data can be accessed by anyone with an internet connection, while private blockchains generally require participants to provide a security key before they can access the blockchain database.

Blockchain offers a unique way for securing data through a decentralized system, and this storage is immutable in nature, meaning that data once stored on the blockchain cannot be removed, tampered with or altered by third parties. For instance, if a document is stored on a blockchain network in block “A”, a change made to this document would create an entirely different block “B”, making it possible to identify and track all changes made to the document in a secure manner.

Although blockchain came into vogue primarily as part of cryptocurrencies like Bitcoin, the distributed manner of storing information used by blockchain systems has several other uses which go much beyond payments and trading.

HOW CAN IT BE USED IN THE EDUCATION SECTOR?

The permanent and highly secure nature of data stored on the blockchain can be leveraged by schools, colleges and universities to assign an identity to their students. A digital identity which is created for a student on the blockchain could have numerous benefits as well. It would enable schools and universities to easily create a record of a student, and to update their records in a secure manner. This digital identity can also be used by students as an all-access pass to use all virtual resources being offered by an institution. The key advantage of integrating the blockchain to verify student identities is that: (a) it is highly secure compared to digital solutions currently in the market; and (b) advancements of students can be easily tracked on the blockchain by studying the newer blocks added on the chain.2

As an example, the Massachusetts Institute of Technology (MIT) has been using blockchain technology to issue certificates to its students since 2015.3

In India as well, the use of blockchain in issuing authenticated and secure university certificates is being explored by an initiative called the SuperCert, a collaboration between the NITI Aayog and the Indian School of Business.4 This platform has been proposed to issue course certificates through a permissioned blockchain architecture. Through SuperCert, each student is assigned a unique identity, which may be used by employers to verify the authenticity of their certificates.

In a recent development, the Maharashtra Government has announced that it intends to use an Ethereum-based blockchain network to verify student diplomas issued by the Maharashtra State Board of Skill Development (“MSBSD”).5 This marks a first in the country, and it is expected that almost one million certificates will be issued in connection with this project. However, unlike the proposed SuperCert solution which relies on a private blockchain, the MSBSD’s use of the Ethereum network to implement verification solutions will be on a public, permissionless blockchain, and interestingly, requires the use of ‘Ether’ a cryptocurrency / crypto-asset, to function.

Another application that blockchain technology has in the education sector is  through initiatives like “BitDegree”7. BitDegree is an example of a Massive Open Online Course (“MOOC”), and employs a “learn to earn” model. It uses the public Ethereum blockchain to build tokens which are used to incentivise its users who learn certain skills. Such tokens have limited uses, such as taking paid courses at educational institutes.

Management of intellectual property in the context of academic research is a key application of blockchain. One such example is “Ledger”, a peer-reviewed scholarly journal published online by the University Library System, University of Pittsburgh8. It allows users to digitally sign their documents using their bitcoin private keys, and timestamp published manuscripts in the blockchain. Such systems are helpful in automatically tracking the originators of documents and identifying authors.  Since data stored on the blockchain is permanent and tamper-proof, it is ensured that the integrity of academic research is preserved in a secure manner.

Blockchain technology may also be used by educational institutions to accept cryptocurrency payments from students as a safe and secure alternative to the traditional methods of payment, depending on the regulatory landscape for such methods in the relevant jurisdiction. Several universities across the world have begun to accept cryptocurrencies as a valid mode for the payment of tuition fees.9

The SPDI Rules will likely be applicable where data about student identities and degree certificates is made available on the blockchain. This is because  such data is could include, biometric information and financial data, which is treated by the SPDI Rules as “sensitive personal data.”

To comply with these requirements, any educational institution seeking to use blockchain networks for document verification will have to inform students (a) that this data is being collected to facilitate future verification, and (b) that data once stored on the blockchain cannot be removed.

The SPDI Rules also mandate that certain reasonable security practices are to be established when sensitive personal data is collected. The SPDI Rules further provide certain examples of standards that would be considered sufficiently reasonable.10 Where universities are relying heavily on the blockchain to store student data, there is no clarity if such standards under the SPDI Rules can be considered to be satisfied. This is because these requirements under the SPDI Rules have been targeted at systems that store personal data in a single location. However, data on blockchains are stored in a decentralised and distributed manner, meaning that it may be practically impossible to implement these specific security standards in the systems of all…