Could This Help Solve the Problem of High Gas Fees on Ethereum? | The Motley Fool 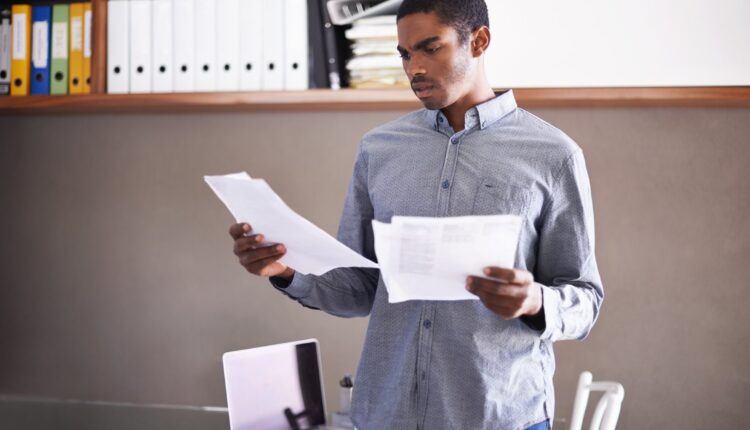 Ethereum (CRYPTO:ETH) is the second-largest cryptocurrency by market capitalization. However, this popularity has come at a cost: Fees for transactions on this blockchain are quite high because of the high demand, meaning there’s a scalability problem that needs to be solved.

Eric Bleeker: One of my favorite all-time quotes is, “Nobody eats at that restaurant anymore, it’s too crowded.” The great Yogi Berra. When I hear that quote, I think of Ethereum because the problem with Ethereum in many ways is own success. We have a chart underneath. Do either of you guys know what this chart is?

Bernd Schmid: Must be the gas cost.

Bleeker: Gas prices, yeah. For Ethereum. As you can see, it has remained elevated throughout 2021 leading to transactions on Ethereum becoming extremely expensive.

What are solutions to this? Well, Layer 2 solutions, which I will quote, “Digital ledgers like Ethereum are designed to slow down and become more expensive as their popularity increases. But these Layer 2 projects, many of which have only recently debuted, can effectively take transaction data off Ethereum, compress it, and post it back onto the blockchain for a fraction of the time and cost. So far, the user base is relatively small, but rapid growth is raising expectations that the Ethereum will not only be able to ward off competition, but that other blockchains might adopt similar scaling solutions.”

So my question to both of you is, do you believe in Layer 2 solutions as a long-term trend or do you believe that this is something potentially more ephemeral that will pass over time with Ethereum?

Schmid: Jon, do you have an opinion?

Quast: You guys are the Jedi masters here and I’m the padawan, so I don’t know how well my opinion is here. I do listen to a podcast called Into The Ether, and that’s really helping me grow in my understanding of the Ethereum blockchain. But it certainly sounds like there is a scalability problem when you talk about Layer 1. And Layer 2 is the addressing of that scalability problem and creating a solution. So to me it seems like it is a longer-term trend.

Schmid: I was hoping you are guiding me a little bit because this topic, I think it’s quite complex. Eric, interrupt me if I going somewhere wrong.

Schmid: First of all, I want to say this definition of Layer 2 solution. I think was really great, it doesn’t capture everything, but I think the essence of what it is.

Now, do you need Layer 2 solutions versus maybe not, maybe you don’t need it because you have other Layer 1s everybody talks about Solana, I think you mentioned before Cardano, you mentioned before, I’m not really there yet. Solana capturing actually quite some share from Ethereum. Those others we might talk about later. Maybe you don’t need this Layer 2, but Ethereum so far and I would agree with this, it is the biggest, it is the most secure Blockchain out there. It is the slowest, probably I think, among other layer 1’s. But yes, it’s very secure. It is quite decentralized. That makes sense to think, OK, how can we improve Ethereum performance? That’s what these Layer 2 solutions want to do, as you mentioned.

Now within these Layer 2 solutions, there’s actually many different ways how to approach this, there’s, you have, I’m not 100% sure about Loopring here, but Arbitrum and Optimism for example, they use a technology called optimistic rollups. And as the name kind of suggests already what they do is, they perform transactions. They bundle them together and then the bundle will be settled as one transaction on Ethereum. And the term optimistic means, yeah…but it’s something like, “Let’s see if that’s the correct or not.” Then anybody, or typically, if you were involved in one of these Layer 2 optimistic rollup transactions, you actually have a couple of days, I think up a week, depending on the solution to challenge actually saying, look no, actually I didn’t make this transactional “No, this was not the correct” or that might have been a double spend or something like this. And only after the one-week passes benefit finally get settled. People taking part in this optimistic rollups, sometimes their funds are locked for a couple of days before they can use it.

There’s also solutions to that, of course. There are people who will provide you that liquidity until really the final settlement has taken place. It’s getting quite complex.

I don’t believe in this. I think I’m not sure. You don’t have it broken down here. I’d be curious how the breakout right now as between these different types of rollup solutions. But I think Arbitrum and Optimism are the two biggest ones so far just because they were readily available first and they’re great for scaling and they work actually quite well. So it’s not like that every second transaction gets challenged and something is wrong here. They have very smart tokenomics also incentive systems to make sure that this actually doesn’t happen as frequently or it’s unlikely to happen. It’s not as bad as I probably make it sounds.

They’re the biggest so far. But when I see there’s example you’re sacrificing something. Your transaction gets processed fast, but the finality, can you be really sure that the transaction went through? You still have to wait couple of days to get the liquidity. You have this trade-off there. There’s another type of Layer 2 solutions. They’re called zero-knowledge proof or ZK-rollups, the ZK from zero-knowledge proof. It’s very difficult and I even have difficult times wrapping my head around it. What I know is it’s really complex math. Of course, some cryptographic math, hashing etc, to actually make sure as in the optimistic rollup, you don’t have to be optimistic about the transaction, but this math actually make sure that the transaction is actually legit. I think I should leave it there.

Read More: Could This Help Solve the Problem of High Gas Fees on Ethereum? | The Motley Fool