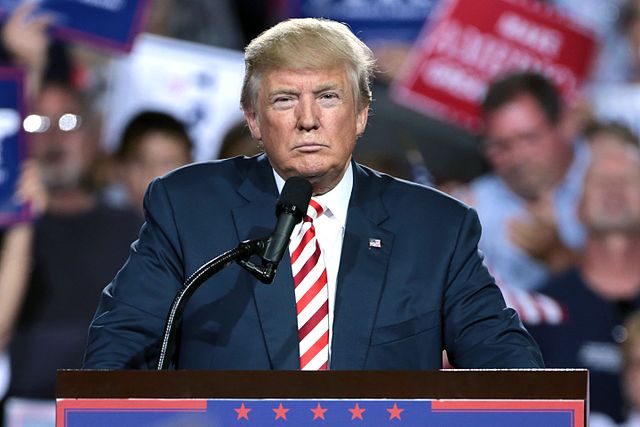 Former President Donald Trump says he is not a fan of crypto and that he prefers the U.S. dollar as currency.

Former U.S. President Donald Trump reaffirmed his anti-crypto stance by saying they’re dangerous. However, it appears that he has no problems with non-fungible tokens and even promoted his wife’s NFT project.

Trump made his comments on crypto, his wife Melania Trump’s NFT, and his new social media platform, Truth Social, in an interview with Fox Business’ Maria Bartiromo. During the interview, the former POTUS was asked what he thinks about crypto considering that New York and Miami are getting crypto into their financial systems.

The former president responded by citing his preference for the U.S. dollar. “I never loved it because I like to have the dollar,” Trump said. “I think the currency should be the dollar so I was never a big fan.”

However, he also acknowledged the rapid growth of the crypto market. “But it’s spilling up bigger and bigger, and nobody is doing anything about it,” he added.

Trump also described crypto as very dangerous and warned of a possible explosion in the future. “That [crypto] could be an explosion someday the likes of which we’ve never seen,” he said. “It will make the big tech explosion look like baby stuff. I think it’s a very dangerous thing.”

“She’s going to do great…” Trump commented on his wife’s NFT project. “She got a great imagination. And people love our former first lady, I can tell you that. They really do, they love her.”

Trump also talked about his new social media platform Truth Social. “It’s going to be so big,” he said. When asked how his company will compete with well-entrenched tech giants such as Twitter and Google, he answered, “We have no choice.”