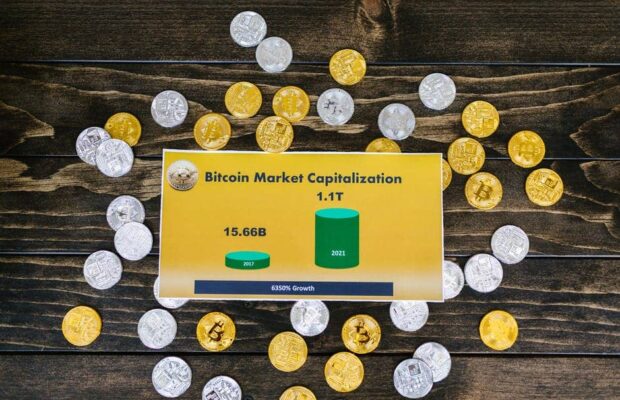 Celsius Faces a Revolt as a High-Yield Crypto…

The One Crypto You Need to Survive a Potential…

For many, 2021 has been the year of cryptocurrencies along with much of 2020. Although during this year that is about to end the market has had some problems. We could say that it has been an excellent year. Quite important highs have been reached, a lot of progress has been made in the cryptocurrency issue and although there have been considerable drops, the main cryptocurrencies have recovered quite well.

How well the crypto market has done is no accident. The rise in prices and the confidence that investors of different levels have placed may be quite related to world economic situations. It is no secret to anyone that the pandemic caused by the coronavirus has meant a serious problem for the world economy, and this is something that is becoming increasingly evident.

While countries have tried to deal with the situation, a new variant of the virus is reaching several countries threatening the economic and health stability of their citizens. When this happens, some conflicts are generated in the economy such as inflation. It is not fortuitous that in countries with the greatest economic problems, cryptocurrencies have become an alternative to carry out transactions.

If governments fail to apply the appropriate strategies to protect the economy, it is possible that during the next year the attacks of the virus will be greater and the fall in the value of many fiat currencies will become a serious problem. We have already seen that when currencies like the dollar fall, the value of some cryptocurrencies grows. And if the situation becomes more complex for the economies of the countries, the crypto market could benefit.

Turkey is in danger

Taking into account the issue of inflation and the dangers it represents for the economies of nations, Turkey is one of the cases that is being reviewed the most. If we review the history of the Turkish lira, it recorded an all-time high in January 2008 and from that moment until now it has lost about 93.8% of its value with respect to the conversion into US dollars.

Faced with this situation, the Turkish president has tried to design plans that can counteract the decline and keep the casualties under control, but this has not had the desired effect. The Turkish lira continues to fall sharply and this is a trend that could extend much further.

The point is that in recent months, the fall in the value of the Turkish lira has increased. So far, a loss of 55% of its value with respect to the conversion of the dollar has been registered, and this only from the data taken since the month of September of this year.

Inflation could become a global trend

Although the example we have taken is that of Turkey with the Turkish lira, this situation could extend to several countries in the world. While the Turkish government has tried to counter the declines and the plans have had some effect, the medium and long-term outlook is not at all positive. According to analysts, there is some weakness in the lira, but not only in this currency, but in several of many countries.

The reason why it could be a global trend and not an issue that affects only Turkey, is that inflation is slowly reaching several countries that had not had problems with this issue before. Skyrocketing inflation could become one of the biggest conflicts for the government in 2022.

Inflation is no stranger to the world economy. Several countries, especially in Latin America, have high levels of inflation and hyperinflation, such as Venezuela. This country has the highest level of hyperinflation in the world, but also has one of the most important levels of commercialization in the entire continent.

And taking into account the previous point, is that cryptocurrencies enter the game. When a fiat currency falls, inflation increases and purchasing power decreases. In those situations, users seek to protect their money so that the value does not fall and cryptocurrencies have become one of the best alternatives for this.

Cryptocurrencies could be salvation

In countries that have a sufficiently stable financial system, the use of cryptocurrencies, specifically decentralized ones such as Bitcoin, Ethereum and the like, is something that is not in people’s interests. If the legal tender is stable enough and does not pose a risk of loss of capital, users do not need to look for new options.

Now, when inflation occurs in the countries, citizens look for alternatives to protect their money. This has happened in countries with restrictive economic systems, countries with fairly high levels of poverty or in nations where the banking system has failed, as in many countries on the African continent.

Among the reasons why countries with stable economic systems are not interested in cryptocurrencies has to do with the volatility of this asset class. Volatility is a reality that we cannot ignore, but although there is the possibility of a sudden drop, there is also the possibility of a relevant rise that ends up leaving profits.

For countries with easily depreciating currencies, they have no choice but to take a chance and roll the dice. Some prefer to bet on cryptocurrencies than wait for the money to devalue. In addition, we cannot ignore the possibility of having great profits.

Is the future of the economy inflationary?

The future of the economy is somewhat difficult to predict, although there are certain indications that allow us to visualize the possibilities. One of them is the perspective that had been given at the beginning of this year by the world’s central banks. It should be noted that inflation is not something of this last quarter. It is a situation that has occurred since the beginning of the pandemic, but now it may become more serious.

At the beginning of the year it was estimated that inflation in the world would be transitory. This proposed that although there would be inflation, it would not last too long. Being for a short period, the recovery would be much faster and easier. The issue is that since the transitional period began, there has been no recovery in the terms that the bankers have indicated.

Over time, central banks have had to change their discourse and adapt to the reality of the world economy. Some have classified this situation as one of the worst inflation situations in history that could be recorded. If things are believed to be somewhat difficult at the moment, the situation could become a little more tense.

The perspective of world economists is that inflation that has not yet developed, could come to stay for a long time. This means that important nations in economic matters such as the United States, could be affected by high inflation and the devaluation of the currency.

If this happens as analysts claim, cryptocurrencies may become the best and almost the only option to protect money. In case this is really the start for the global economy to turn into an inflated inflationary trend, things could get more serious and people would have no choice but to choose to put their money in cryptocurrencies.

The best and worst time for cryptocurrencies could be near

If the inflationary trend goes global, the value of the currencies of the countries will fall and this will make people choose to protect their money. This in turn introduces the theory that bitcoin can become a safe-haven asset, although many analysts have denied this possibility.

For some time now, interference from global regulators has grown considerably. Central banks and countries are increasingly concerned about the use of cryptocurrencies. And if regulators enforce laws against cryptocurrencies, the most viable option for citizens to protect their money would be eliminated.

We have already seen how some countries have taken relevant steps in terms of regulation. China is one of those cases of repression that is well reviewed because they have banned the use of cryptocurrencies in their entirety. India intends to follow in the footsteps of China and although El Salvador has made bitcoin a legal tender, the global trend is much more restrictive.

A few years ago the possibilities of regulation, although they were taken into account, were not as high as now. If cryptocurrencies continue to represent a conflict for countries, they could restrict them and affect many investors, this without taking into account conflicts related to inflation.

Is Solana a Good Investment in 2022? Explore its 5 Pros and Cons

The Year in ETFs: Active Management, ESG, and Crypto

Celsius Faces a Revolt as a High-Yield Crypto Plummets

How the investment thesis for crypto has changed | Advisor’s Edge