The Year in ETFs: Active Management, ESG, and Crypto 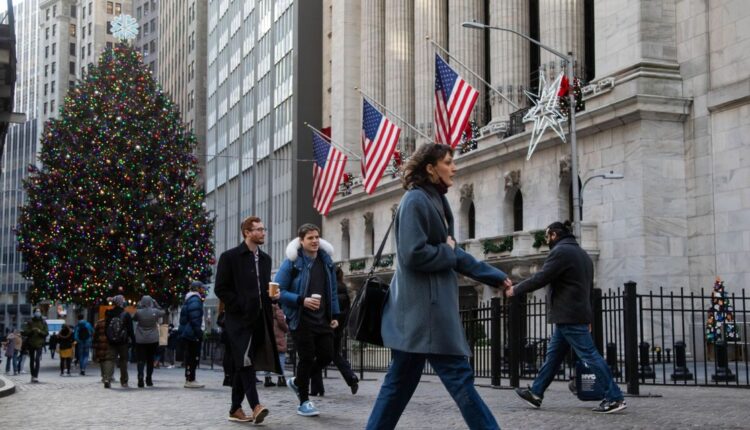 
We’re closing out another banner year for the fund industry, which has seen record asset flows, first-of-a-kind products, and a growing interest in actively managed and sustainability-focused strategies.

Exchange-traded funds continued their momentum, gathering more than $900 billion of new money with two weeks left in the year, crushing last year’s record of $500 billion in net inflows. Nearly 450 new ETFs were launched this past year, which also set a record and marked the second consecutive year that more new ETFs were launched than mutual funds.

The ETF industry has grown to $7 trillion—still smaller than the $20 trillion in mutual funds, but the catch-up seems inevitable. This year, we saw the first-ever conversion from mutual fund to ETF—first from Guinness Atkinson and Dimensional Fund Advisors, followed by JPMorgan and Franklin Templeton announcing similar plans for 2022.

Yet in at least one way, the ETF industry is looking more and more like the mutual fund industry: It is embracing active management. The combined forces of regulatory changes, a volatile market (which ostensibly offers more opportunities for stockpickers to shine), and last year’s exceptional success of ARK Invest’s Cathie Wood, have ushered in a new era of actively managed ETFs. Among the 450 ETFs launched in 2021, nearly two-thirds are actively managed, including some from mutual fund giants that sat out the first wave of the ETF boom, such as T. Rowe Price, Capital Group, and American Century.

The rise of meme stocks have led to new funds that pick stocks based on social-media sentiment or high short interest, while others aim to benefit from emerging trends like the metaverse and nonfungible tokens.

Most notably, investors embraced the first Bitcoin-linked ETFs. This marks cryptocurrencies’ admission into mainstream portfolio management and allows investors to have a stake in


Bitcoin
alongside their stocks and bonds, without the hassle of managing digital wallets and keys. Although U.S. regulators only allowed for ETFs that track Bitcoin’s futures contracts, investors were undeterred: The first,

One of the biggest successes of 2020 saw one of the biggest reversals this year. The innovation-focused ETFs from Cathie Wood’s ARK Invest were the top performers last year, with an average return of more than 150%. But the funds have struggled since peaking in February and lost much of those gains, as rising inflation makes the future cash flow of the growth companies that ARK owns less valuable today. Five of ARK’s six actively managed ETFs are in negative territory for the year. Last year’s best performer is this year’s worst—


Breakwave Dry Bulk Shipping
ETF (BDRY), which tracks the charter rate for dry bulk shipping, surged 246% year to date to become the best performer this year. As commodity prices rose, funds investing in energy companies and miners have also been some of the biggest winners this year.

The boom in funds with environmental, social, and governance, or ESG, mandates, didn’t slow down in 2021. Companies and investors are increasingly realizing the financial risks of poor employee management, a lack of diverse leadership, and negative environmental impact.

According to Morningstar, funds with sustainability mandates stated in their prospectuses attracted $68 billion of new assets in the first 11 months of 2021. That’s significantly higher than the $51 billion net flows in 2020, which was more than double the total for 2019 and nearly 10 times more than in 2018. The pace of adoption might speed up even more, as ESG funds may become an option in many people’s 401(k) retirement plans next year.

The growth of ESG funds manifested not only in the record number of new products and investor assets, but also in the different strategies emerging. Some funds, for example, directly offset the carbon emissions their portfolio companies are responsible for by investing in projects that prevent the release of, reduce, or remove greenhouse-gas emissions.


Engine No. 1 Transform 500
(VOTE), launched in the summer, has a portfolio closely resembling the


S&P 500
index, but stands out in its explicit mandate to push for ESG changes at the companies it owns. The fund’s sponsor, activist asset manager Engine No. 1., had successfully won three board seats at

(XOM) in a proxy fight in an effort to help the oil giant pivot to cleaner energy. The firm is advocating a new way of ESG investing: Instead of divesting from the “bad players,” own their shares and make a difference through shareholder rights.


KraneShares Global Carbon
(KRBN) invests in futures contracts of carbon credits, which have become tradable assets, as many countries and regions limit how much carbon dioxide companies can emit. Firms that exceed the threshold have to purchase extra permits from those with leftover quota. Since the caps are set to shrink over years, carbon prices are expected to go up and eventually push companies to pollute less. The KraneShares fund is one of the best-performing ETFs of 2021, soaring 88% year to date.

Write to Evie Liu at evie.liu@barrons.com

Sandbox Price Predictions: How High Will the SAND Crypto Go by 2025?