Three reasons the IMF is worried about cryptocurrencies 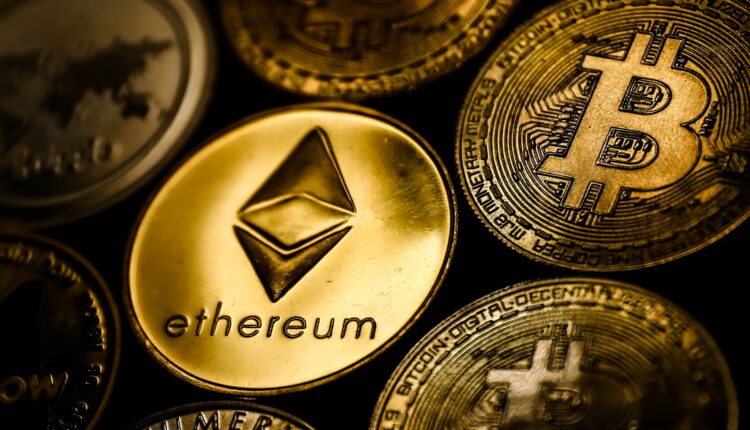 A visual representation of cryptocurrencies.

The International Monetary Fund is concerned about cryptocurrencies, particularly because the nascent market is growing at such a significant pace and regulation is not following suit.

The total market value of all crypto assets surpassed $2 trillion in September this year — representing a 10-fold jump from levels seen at the start of 2020, data collected by the IMF shows.

Evan Papageorgiou, a deputy division chief at the IMF, told CNBC in October that “the crypto ecosystem has grown significantly … The process shows remarkable resilience but there have also been some interesting stress tests.”

One of the problems that the IMF has highlighted is that many of the people and financial institutions trading these assets “lack strong operational, governance, and risk practices.”

As such, the Fund has said that consumers are at risk, adding that there is simply “inadequate disclosure and oversight” in this space. Furthermore, it believes crypto assets create some “data gaps” and “can open unwanted doors for money laundering, as well as terrorist financing.”

Other institutions have been calling for more action to make these investments safer. Cryptocurrencies can be a divisive topic, with some arguing that they are the future of money and others presenting more skeptical arguments about their risks.

The U.K.’s financial regulator, the FCA, has warned about the link between social media and crypto investments.

“Social media influencers are routinely paid by scammers to help them pump and dump new tokens on the back of pure speculation. Some influencers promote coins that turn out simply not to exist at all,” Charles Randell, chair of the FCA, said in a speech in September.

He added that due to how new this technology is, “we haven’t seen what will happen over a full financial cycle. We simply don’t know when or how this story will end, but – as with any new speculation – it may not end well.”

Kim Kardashian, a celebrity with more than 200 million Instagram followers, was paid to advertise a crypto token on her account earlier this year. Critics highlighted how few details were known about the developers of ethereummax, the currency that she advertised. “This is not financial advice but sharing what my friends told me about the ethereum max token!” the post from Kardashian read. She added different hashtags, including #ad, which is required to reveal that her post is paid for.

Other social media users with huge amounts of followers, known as influencers, have also advertised crypto assets on their accounts.

“Cryptocurrencies are often advertised next to these posts deploying this glamorous lifestyle and I think that association is very dangerous and harmful to young people,” Myron Jobson, a personal finance campaigner at Interactive Investor, told CNBC in October.

He said that policymakers need to look at the advertising of cryptocurrencies and make sure they explain to people the risks associated with investing in such a volatile asset. Prices can fluctuate wildly even in one single trading day.

An additional issue for policymakers is that young people are very interested in this market and often make their first ever investments in cryptocurrencies, using loans and credit cards to do so.

Data published by the FCA in June showed that about 2.3 million people in the U.K. hold cryptocurrencies. 14% of them use credit to purchase them and 12% of them think that they will be protected by the FCA if it goes wrong. But the FCA has said it will not protect them.

A poll of 1,000 U.K. adults aged between 18 and 29 showed in July that 27% of them used credit cards to invest in meme crypto dogecoin, 17% used their student loan and 12% said they used other types of loans.

This could become a double-edged sword as investors could face losses on their cryptocurrencies and then struggle to pay back the loans and credit that they took to make those investments.

According to the IMF, national regulators should work to have common rules globally, enhance cross-border supervision and because it is such a new field, push for data standardization.

“Time is of the essence, and action needs to be decisive, swift and well-coordinated globally to allow the benefits to flow but, at the same time, also address the vulnerabilities,” the IMF said in October.

Read More: Three reasons the IMF is worried about cryptocurrencies

What is EOS in blockchain? Is EOS crypto a good investment? – Times of India