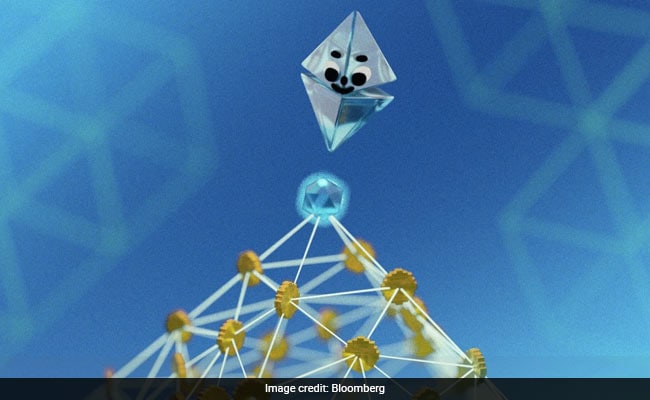 The idea of Web3 is to create software and platforms that arent dependent on traditional companies.

New Delhi: If you follow the world of cryptocurrency even casually, you know it produces a constant supply of jargon. There’s NFT, dapp, DeFi, and tokenomics, to name a few. Brace yourself for a new one: Web3. The idea is that crypto isn’t just for sending money or speculating with, but could be used to build a whole new web. If the believers are right, this is one bit of cryptospeak worth getting familiar with, even if you never touch Bitcoin.

Of course, the software behind the internet is changing all the time. What makes Web3 different—and more than a little weird—is that it would build financial assets, in the form of tokens, into the inner workings of almost anything you do online. And by doing so, its boosters say it could supplant corporations with decentralized, internet-based organizations governed by software protocols and the votes of token holders. “It’s the first real consumer penetration” for crypto, says Jeff Dorman, chief investment officer of crypto fund Arca. “Over time, every company became an internet company. I think it will happen here in digital assets.”

Skeptics—and there are many—say this stuff is a long way from proving its use beyond niche applications, many of them tools aimed at crypto traders. It may also be an attempt to get around regulation, at a time when policymakers are gearing up to set clearer rules for crypto. In sum, Web3 is a heady mix of creative new projects, techno-utopianism, and financial engineering. Here’s a beginner’s guide to what you need to know.

The term Web 1.0 generally describes everything from the earliest interconnection of computer networks in the 1970s and ’80s to the first flowering of browsers and websites in the ’90s. In the next phase, Web 2.0, companies built applications on top of that, from social media to search engines to wikis, much of it based on content generated by users. Although that made much of the web in one sense decentralized, most things still run through big companies. The idea of Web3 is to create software and platforms that aren’t dependent on traditional companies and Web 2.0 business models such as advertising. For example, users might pay for services directly using tokens. In an ideal world, Web3 services are supposed to be operated, owned by, and improved upon by communities of users. (As to why it’s Web3 and not Web 3.0, chalk it up mostly to changes in how developers talk online.)

What’s this have to do with crypto?

Bitcoin, the original cryptocurrency, works by having a public database called a blockchain record every transaction. It’s decentralized because this ledger is maintained not by one company but by a vast network of computers all connected to the internet, whose operators are rewarded for the work with the chance to earn more Bitcoin. But you can do more with a blockchain than record transfers of digital coins. You can use it to make contracts and control how software and apps work.

Web3 applications are often based on a technology called Ethereum, which like Bitcoin rewards the users who help maintain its network. Its coin is called Ether, which has a total market value of $511 billion. The apps themselves can also have associated tokens, which may not only pay for services but act like voting shares that govern the apps’ development and even fee structure. At least early on, much of the incentive for this activity often is the chance for appreciation in the token’s price. It might rise as more users join the community, but of course it can also be inflated by speculation. There’s a lot of that in crypto.

Why am I hearing more about this?

The speculative boom is a big part of it, but it’s also that people are starting to see the tech in real life. As Bitcoin and other cryptocurrencies rallied earlier this year, venture capitalists poured billions of dollars into building and improving distributed apps, or dapps. Many dapp teams also received distributions of coins, which rose in value—spurring more interest. “We’re at an inflection point that will lead into an even faster pace of innovation and growth in Web3,” says Ali Yahya, a crypto general partner at venture capital firm Andreessen Horowitz. (Bloomberg LP, which owns Bloomberg Businessweek, has invested with Andreessen Horowitz.)

More than 8,700 active dapps are listed on tracker DappRadar. They include lots of crypto trading platforms and games. Sometimes the line between those is fuzzy: Many games involve winning and trading nonfungible tokens, or NFTs, which are virtual characters or collectibles that can fetch sky-high prices.

Operating through a distributed network can be clunky, but the user experience is getting better. “It’s still early, but it’s been transformed in the last six months,” says Jonathan Dotan, founding director of the Starling Lab, a research nonprofit hatched out of Stanford and the University of Southern California Shoah Foundation that’s working on using cryptography and decentralized networks to help preserve and verify documents including sensitive historical records. One of the group’s projects is to upload more than 55,000 video testimonies of genocide survivors to Filecoin, a distributed network where more than 3,500 providers around the world store files on their computers in return for FIL tokens. The Starling Lab is now able to pour three times more data per day into Filecoin than at the beginning of the year, says Dotan.

In October, Dish Network Corp. partnered with startup Helium Inc. for 5G wireless connectivity. Hotspot providers get paid in the token HNT for offering coverage. “What people are starting to realize is this is a very new opportunity that’s reminiscent of Airbnb or Uber,” says Helium Chief Executive Officer Amir Haleem. The city of San Jose is setting up 20 Helium hotspots to earn HNT tokens to help cover internet access for some low-income residents.

Twitter Inc.’s engineers are working on Bluesky, a decentralized version of social media. Gaming company Ubisoft announced on Dec. 7 it will let players in one game get NFT collectibles such as vehicles for their characters. In other words, decentralized apps will face plenty of competition from traditional web players. “The biggest battle here is with the big tech companies,” says Aaron Brown, a crypto investor who writes for Bloomberg Opinion. “The financial incentive of these companies is basically to hijack Web3” with Web3-like versions of their apps.

Do I care if apps are decentralized?

“Centralization is convenient,” says Brown. Web3 is likely to be “a place for niche groups. People who are developing new ideas.” The goal of many such undertakings is to become a DAO, or decentralized autonomous organization—effectively, thousands of users governing a project through chat groups and their tokens. “I think DAOs will be as ubiquitous as companies, clubs, nonprofits, and different kinds of ‘official’ organizations today,” says Maria Shen, a partner at venture capital firm Electric Capital.

What are the downsides?

Although Web3 is often described in terms of idealistic cooperatives, decentralization can also be a cover for business as usual with less accountability. Regulators are raising concerns about some projects, particularly decentralized finance, or DeFi, apps that let people lend, borrow, and trade coins with each other, often without verifying users’ identities or performing anti-money-laundering checks. Many teams of developers claim they aren’t responsible, because they’ve passed control on to their users. “What are these dirty little secrets that no one talks about?” says Avivah Litan, an analyst specializing in blockchain at researcher Gartner Inc. “Right now, DeFi is run by centralized companies. But the difference is you can’t stop the protocols. You can arrest the people, the regulators can put them in jail, but you can’t stop the protocols.”

There are environmental concerns about the huge amount of computing power some blockchains require, though newer systems may ease that. And with much of the code created in all-nighters, software bugs and malicious hacking attacks abound. Many projects don’t even list contact numbers, though they may maintain online chat groups. If you accidentally mistype and send money to the wrong account, it may be lost forever. You won’t be able to resolve the problem like you would by calling a bank’s customer service line.

Many Web3 ventures have few paying customers but can gain from the appreciation of the underlying token, making them vulnerable to a wild market. Take Piknik & Co., which employs about 30 people and operates two data centers supporting Filecoin. It makes money generating FIL tokens, which have almost doubled in value this year. But they’re down 82% since the April peak. CEO Kevin Huynh says he has customers in pilot programs who will eventually start paying him. He’s made a big bet on Web3. He trained as a surgeon before diving into Piknik, and liquidated his 401(k) and gathered small contributions from about 70 relatives and friends to get started. “I think it’s going places,” he says.