Year in cryptocurrency: biggest surprises of 2021 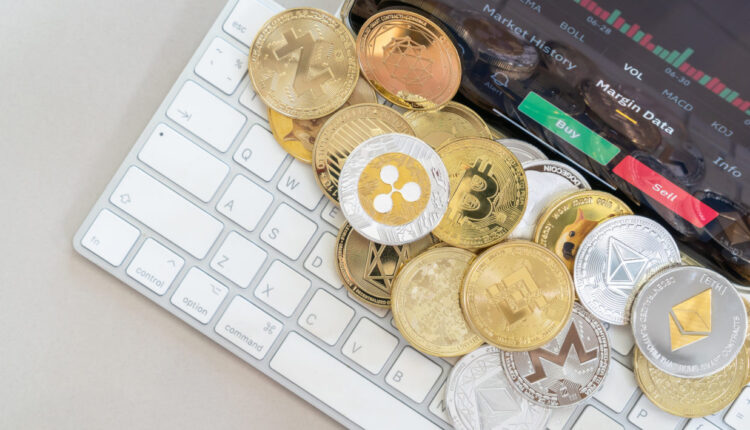 This has been an important year for cryptocurrency. In 2021, the first Bitcoin ETF began operating as global crypto adoption jumped nearly 900%. While Bitcoin’s increasing popularity may have been entirely predictable to longtime crypto natives, the year saw much that was unexpected as well.

Here are five of the most surprising events in crypto this year and what they mean for the industry going forward.

On Aug. 10, the Chinese DeFi platform Poly network suffered a hack worth US$600 million, in one of the industry’s biggest heists to date. The hackers reportedly stole around US$267 million worth of Ether, US$252 million of Binance Smart Chain tokens, and around US$85 million of USD Coin. According to a report by blockchain ecosystem security company SlowMist, the hackers “exploited a vulnerability between contract calls.”

Yet, the Poly Network saga took an unexpected plot twist, as the hacker had a change of heart and asked for a multi-signature wallet to return the funds. Once provided with the multisig wallet, the hacker returned US$269 million worth of Ethereum, more than 50% of the stolen assets. The hacker, dubbed as “Mr. Whte Hat,” delayed the handover of the remaining stolen assets due to trust issues with the company.

On Aug. 23, the saga finally culminated in a happy ending, as Mr. White Hat returned the remaining stolen assets worth approximately US$141 million. Although US$33 million worth of Tether tokens, frozen after the attack, were still immovable, the hackers returned all the stolen assets, including a US$500,000 bounty offered to them by the Poly Network. Once the assets were recovered, Poly Network even offered the hacker a job as a chief security advisor, to which Mr. White Hat responded with a joke.

Mr. White Hat ultimately claimed that they attacked Poly Network for “fun” and “trust issues” with the team behind Poly Network, and to expose the vulnerabilities of the protocol.

Perhaps one of the most surprising developments of the crypto space this year is El Salvador’s big Bitcoin bet. On Sept. 7, the Latin American nation adopted Bitcoin as legal tender, becoming the first country to do so and wowing the world in the process.

The country’s move hasn’t gone unnoticed, as many other countries are grappling with high remittance fees and a large unbanked population, but will El Salvador’s lead on Bitcoin inspire others to follow suit? Paraguay may be the next in line, as in June, legislator Carlos Rejala announced on Twitter the country is looking to make Bitcoin an alternative payment method. In August, the Cuban government announced it will recognize and regulate cryptocurrencies for payments. Lastly, in September, Panamanian congressman Gabriel Silva announced a crypto regulation bill seeking to recognize cryptocurrencies as global alternative payment methods.

On Nov. 8, the most diligent investors had a big surprise, as the global crypto market capitalization broke US$3 trillion, according to data from CoinGecko.

Jeff Yew, CEO of Monochrome, told Forkast.News that this was a culmination of recent events, like El Salvador’s Bitcoin adoption and continued institutional adoption: “This series of events indicated to the market that institutional players and regulators worldwide have warmed to Bitcoin and see it as an investable asset,” Yew said. “The market then takes this as tacit approval, which then sees more inflows into spot markets globally, driving the price higher.”

Solana, the world’s first web scale-blockchain, has also reached its all-time high of US$260 just two days prior, thus helping push the crypto market cap past the all-important US$3 trillion mark.

Breaching the US$3 trillion market capitalization is not just an important psychological level, but a significant historical milestone for cryptocurrency. To put this in perspective, this made the global crypto market worth as much as the US$3 trillion automobile manufacturing sector, and almost twice as much as the US$1.74 trillion telecommunications industry. While the crypto market has since retraced to US$2.5 trillion at press time, this historical milestone may be an encouraging sign for beginner and institutional-grade investors worldwide.

In other surprising developments, the crypto market saw its own dog fight, as Dogecoin and Shiba Inu coin were battling it out for the top dog-themed memecoin in the 10 largest cryptocurrencies. On Oct. 28, SHIB hit a new all-time high of US$0.00008616, briefly overtaking DOGE as it became the seventh-largest crypto by market cap. Yet, the SHIB coin’s glory was short-lived, as DOGE overtook it following a 44% intraday price surge.

Much like the beginnings of Shiba Inu coin, Dogecoin has a weird history behind it. Both projects were built on popular meme ideology, so much so that investors often had to wonder about the real value behind joke coins like Dogecoin and SHIB. Besides its first-mover advantage, Dogecoin likely inspired more trust in investors, as it was created by IBM software engineer Billy Markus and Adobe software engineer Jackson Palmer. On the other hand, Shiba Inu coin was created in 2021 as an experiment in decentralization, by a pseudonymous founder known as Ryoshi, Shiba Inu is trying to outshine its kin with an ambitious roadmap and improved tokenomics.

At the time of writing, DOGE is trading at US$0.209678, as the 10th largest cryptocurrency, with a market capitalization of US$27,7 billion. SHIB is trying to play catch up as the 13th largest crypto, trading at US$0.00004167, with a market capitalization of US$22.8 billion. While Dogecoin is still the top dog in this race, Shiba Inu’s developers and the upcoming ShibaNet might create enough traction for the “Dogecoin killer” in the future.

Cryptocurrency has literally transcended our world this year, as SpaceChain shot a blockchain node in space aboard a Falcon 9 rocket to the International Space Station. The space-based blockchain node, launched on June 3, is enabling digital asset management firm Nexus Inc to develop its enterprise blockchain capabilities and perform highly secure, multi-signature Ethereum transactions. The node is a key element in offering highly secure services for digital banks and other financial institutions.

Ethereum has also rocketed out of this world with SpaceX and SpaceChain, in an attempt to make the blockchain network more decentralized and secure. A blockchain node in space can also further assure the immutability of cryptocurrency and protect blockchain networks from blackouts, internet outages, and other such events:

“Having full nodes in space further increases decentralization and protection against black swan events,” said Max Kordek, co-founder of Lisk, an open-source blockchain application platform. “If electricity grids or political systems of entire countries fail, full nodes in space guarantee access to and in some cases even a continuation of various blockchains.”

Blockchain can launch more space industry startups into orbit, potentially becoming the backbone of this new space economy. As SpaceChain is building its open-source satellite network, it may serve as the foundation of the blockchain industry in outer space. As companies will further dabble with the idea of blockchain in space, the technology could allow satellites and space shuttles to streamline operations and compartmentalize requests from users and companies on earth, while increasing the security of these processes.