How Much Money Can You Make From Crypto Mining? 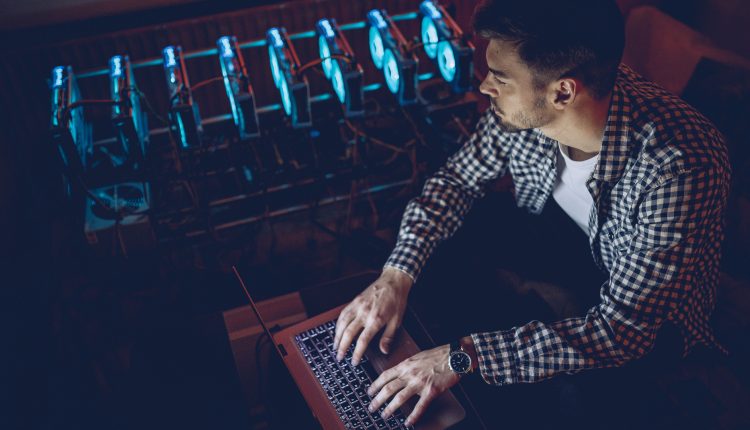 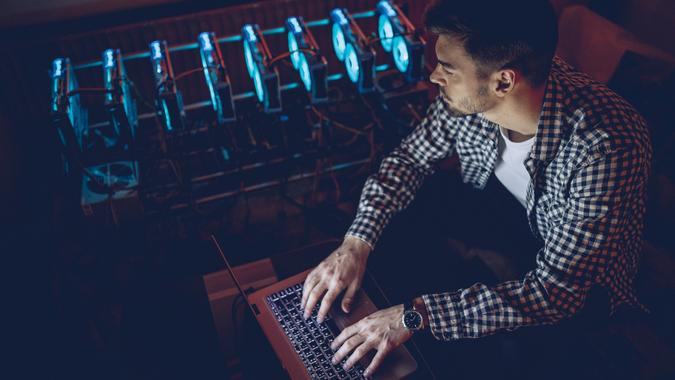 Cryptocurrency mining is the way that new cryptocurrency is created. For example, in the case of Bitcoin, miners validate transactions on the blockchain and are rewarded with Bitcoin for their efforts.

But Bitcoin isn’t the only cryptocurrency that can be mined. Many of the most prominent cryptocurrencies, such as Ethereum and Litecoin, can also be mined. Of course, earning money from mining cryptocurrency isn’t as easy as simply turning on your computer. While mining may have been relatively easy in the early days of crypto, it has become a highly competitive business. Still, anyone can theoretically make money from crypto mining. Here’s a look at the costs involved in crypto mining and how much you might feasibly earn.

What Are the Costs Involved in Crypto Mining?

The process of crypto mining is a bit complicated, but in its simplest terms, it involves using computers to solve complicated math problems. The first miner that is able to solve the problem validates a block on the blockchain and is awarded a predetermined amount of cryptocurrency.

The problem with earning money mining cryptocurrency, however, is the cost. While there is technically no barrier to entry, the reality is that the more computing power you have, the more likely you will be the first to solve the math problem required to earn your crypto. This means you’ll need numerous specialized computers with high-tech computer chips to have a realistic chance to consistently earn crypto. Specifically, you’ll need either a graphics processing unit, known as a GPU, or an application-specific integrated circuit, or ASIC, to set up a crypto mining rig. And this leads to the next problem.

In addition to the expenses involved in getting the right computer systems, you’ll have to factor in the enormous energy costs. GPUs and ASICs are energy-intensive, and you’ll generally need a lot of them to become a successful miner.

More: Breaking Down the Basics of Cryptocurrency

How Much Profit Do Miners Typically Generate?

Mining cryptocurrency has become something of an arms war. Back in 2009, when Bitcoin was first introduced, a simple PC was enough to mine some of the cryptocurrency.

But, as the price of Bitcoin surged, more and more miners got into the game, just like in the California Gold Rush of the mid-1800s. In an effort to compete, new miners brought incredible computing power to the game. Some of the most successful miners are those with vast server farms located in countries with lower energy costs. This means that while the barrier to entry when it comes to cryptocurrency mining is technically low, to seriously earn a profit, it will cost you to get into the game.

The profitability of mining cryptocurrency varies from crypto to crypto and can even change on a day-to-day basis. Your specific profitability depends in large part on the cost of your energy consumption and your so-called “hash rate,” or how quickly your computers can solve problems. Various online calculators, such as whattomine.com, can help you estimate your profitability for a given crypto once you plug in your specific variables.

For example, as of Dec. 27, the estimated daily profit for an Ethereum miner using a single GPU was $4.59. For Feathercoin, by way of comparison, miners were estimated to lose $0.58 per day. Obviously, to generate a significant amount of profit, you’d need to host a large number of GPUs using these calculations.

Binance Coin (BNB): Why It’s So Interesting to the Cryptocurrency World

What Is Mining Luck?

Of course, the figures shown above are simply estimates. Anyone with the right computer equipment has a chance to earn money mining cryptocurrency, but it will take a bit of luck to get there.

Imagine you and a friend decide to become miners, but your friend can afford nine high-end GPUs and you can afford only one. In a simulated world where you are the only two miners, your friend theoretically would earn 90 percent of all the crypto mined over the long run, and you would earn just 10 percent. However, over the short run, you might luck into a much higher percentage of “wins.”

Just like “heads” may come up multiple times in a row when you flip a coin — even though the long-term percentage should be closer to 50 percent — you might be able to luck into the right calculation numerous times in a row before your friend catches up. In this manner, even underpowered miners sometimes make more profit than might be expected.

Also See: What Is Chain Link and Why Is It Important in the World of Cryptocurrency?

What Is a Mining Pool?

One option to consider if you don’t want to make a huge financial commitment is to join a mining pool, which is something like a mutual fund for miners. With a small investment, you can join forces with other investors and use your combined funds to participate in a mining operation. You won’t earn as much money, but you’ll also have less risk and upfront capital exposure.

After earning a B.A. in English with a Specialization in Business from UCLA, John Csiszar worked in the financial services industry as a registered representative for 18 years. Along the way, Csiszar earned both Certified Financial Planner and Registered Investment Adviser designations, in addition to being licensed as a life agent, while working for both a major Wall Street wirehouse and for his own investment advisory firm. During his time as an advisor, Csiszar managed over $100 million in client assets while providing individualized investment plans for hundreds of clients.

Read More: How Much Money Can You Make From Crypto Mining?