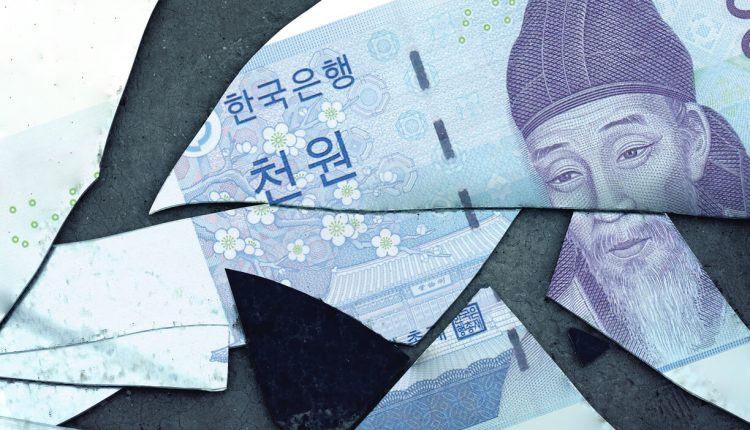 The remaining 20 firms are exchanges that failed to obtain real name-authenticated banking deals prior to a September 24 registration deadline that forced a slew of exchanges to shut in the days following.

These 20 exchanges are now stuck in a vanishingly small crypto-to-crypto-only market, frozen out of their once-lucrative KRW pairings – and are legally prohibited from offering fiat KRW markets.

This situation has forced firms into a form of crypto-to-crypto purgatory, which forces them to offer customers bitcoin (BTC) pairings that can only tap into fiat markets via the services of the won-trading “big four.”

Their number includes Flybit, which received its own permit around a month ago, and at the time, pledged to develop “leading socially responsible business initiatives” and “build customer loyalty” – noting that its “capital” was the “second-largest” “among crypto exchanges” in South Korea.

The firm has since followed up by hiring senior officials from major banking franchises, including NongHyup and Kookmin, Daily Hankook reported.

It has also, per EDaily, “pre-emptively” adopted a Financial Action Task Force (FATF) Travel Rule-compliant data platform, months ahead of the promulgation of legislation that will oblige platforms to do so.

A spokesperson for the exchange told Cryptonews.com,

“Flybit will fulfill the obligations presented to virtual asset operators (VASPs) by the financial authorities. We are also planning to reopen our won market service as soon as possible by securing a real name-authenticated banking account [contract].”

Other similar-sized exchanges are also making a bid to escape from crypto-to-crypto purgatory, and some appear to believe they will achieve their goals. In an unprecedented move, the Korea Real Estate Investment & Trust recently bought an 8% stake in Huobi Korea, The Bell Korea reported. The exchange is reportedly confident that it will be able to find a banking partner in the year ahead.

Hanbitco, the same media outlet reported separately, has “recently started talking with several banks” about partnership opportunities. The firm narrowly missed out on an eleventh-hour deal with Gwangju Bank on deadline day (September 24 this year), with rival Gopax also seeing a possible Jeonbuk Bank agreement fall through on the same day.

However, the “big four” themselves appear keen to put further distance between themselves and the chasing pack by buying into the existing conventional financial system. Media observers spoke of a “highly significant” move in November by Dunamu, the Upbit operator, to snap up a 1% share in the Woori Financial Group, one of South Korea’s largest commercial banking chains.

Rival Bithumb, meanwhile, this month pulled off a coup by becoming the first trading platform in the country to directly poach a senior member of the Financial Services Commission (FSC)’s staff. The FSC is the body that directly polices the domestic crypto sector – a sign perhaps of the growing influence crypto exchanges are starting to wield in the South Korean financial world.
____
Learn more:
– Crypto Exchanges in 2022: More Services, More Compliance, and Competition
– Chinese Crypto Users Still Find Ways to Circumvent Ban

Read More: S Korea Now Has 24 Licenced Crypto Exchanges – But Most Are Stuck in Crypto-to-Crypto

Why XRP, Cardano, Chainlink, and Crypto.com Are Down Big Today