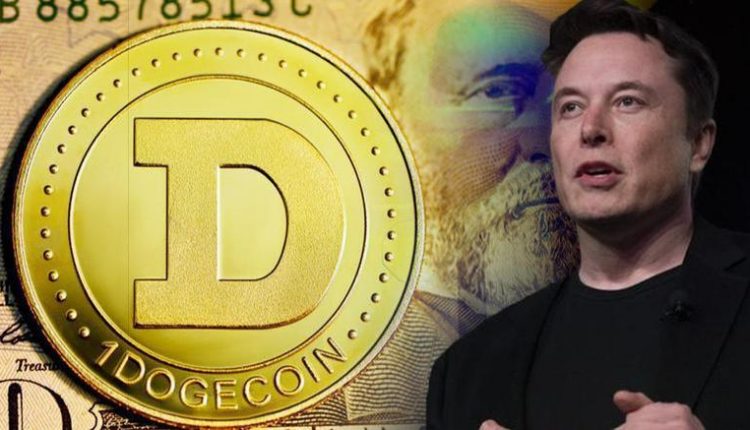 Tesla and SpaceX CEO Elon Musk is known to rile up the cryptocurrency market with his tweets either causing a steep plunge in the prices or sending them soaring “to the moon”. Musk, who recently sold about a tenth of his holdings in the electric car company after apparently a Twitter poll, has often hugely shaken up the crypto industry after his supportive tweets for the digital token that he calls the ‘future currency of Mars’.

Throughout the year 2021, the Neuralink and The Boring Company founder who is a space visionary used the microblogging site to share his opinions about Bitcoin, and Shiba Inu meme-inspired token Dogecoin with his more than 67 million followers. he sent prices for the digital currency flying to as much as 50%. Here’s how Musk, the world’s richest man and TIME’s Person of the Year impacted the crypto prices with his tweets.

As per Coindesk, a sizable portion of the crypto industry from meme coins to NFTs are inspired by the tech billionaire who has largely fluctuated the often volatile market, prompting others to jump on the DOGE or BTC bandwagon. “You can now buy a Tesla with bitcoin” he tweeted this year as he made an official announcement that his electric car manufacturing firm would accept the BTC as a mode of payment which skyrocketed the asset to new highs. Subsequently, Musk also tweeted that Tesla would trial run for accepting the DOGE for merchandise. He declared one time Tesla’s purchase of $1.5 billion in BTC and later said that his car company was selling a portion of the BTC holdings that fluctuated the market by a whopping 19.5%, $38,850 to $46,400,  in just 24 hours.

In May, the Tesla boss known to have the “Elon effect” on the crypto market sent the prices of the BTC to its lowest value, down to an estimated US$42,185 as he tweeted that his electric car maker Tesla will stop accepting Bitcoin as payment as he is “concerned about the rapidly increasing use of fossil fuels for Bitcoin mining and transactions, especially coal, which has the worst emissions of any fuel.” Cryptocurrency “is a good idea on many levels but its promise cannot come at a great cost to the environment,” Musk tweeted.

Bitcoin dropped as much as 15 per cent in Asian trading as prices dipped by about 5% to $51,847 but Tesla’s shares were poised for gains after falling 4.4%. There were also reports of outages at digital-token exchanges as people rushed to sell that rattled the market. With just one tweet Musk shook the prices of the world’s largest cryptocurrency as it further dropped from around $54,819 to $45,700. A barrage of memes bombarded Twitter.

Musk’s influence on the DOGE and Floki cryptocurrency  prices is not unknown. Just this month, Musk took to his official Twitter handle to announce that Tesla will “make some merch buyable with Doge & see how it goes.” The crypto prices shot up by 24% taking its value to just over USD 0.20 as several investors rushed to back the token.

The longtime DOGE fan Musk also backed billionaire entrepreneur Mark Cuban’s claim that dogecoin is the strongest cryptocurrency as a medium of exchange and the meme-inspired token that was created as a joke spiked in its prices. The “Shark Tank” star’s Dallas Mavericks organisation had been accepting the ‘altcoin’ as payment for merchandise and as the owner Cuban announced that they will offer “special pricing” Musk tweeted: “I’ve been saying this for a while” and the DOGE traded 6.4% higher at $0.2968.

Musk made a string of endorsements for DOGE in 2021, the most impactful being when he simply changed his bio on Twitter as ‘#bitcoin’ and the cryptocurrency jumped as much as 20% adding $5,000 in the space of an hour to trade at $37,299 in one of the instant jumps. In a matter of 24 hours the token traded 17% higher at around $36.000. His followers hailed him as “a real influencer”. “It’s been elon time we’ve been waiting for this” one said.

SpaceX founder one time also switched allegiances from Dogecoin for the token dubbed as the “DOGE killer” SHIB. The dog-themed meme-based Shiba Inu coin had hit a big slump failing to capitalise on enthusiasm. It could recover only slightly, but a 5% dip below its current price pushed the token value to a further low in June until the 49-year-old Tesla CEO’s “Musk Effect” occurred. Taking to his official Twitter handle, Musk announced that he would be naming his new Shiba Inu dog ‘Floki’. Tesla Inc (NASDAQ: TSLA) CEO dubbed as ‘Dogefather’ had also tweeted earlier, “I’m looking for a Shiba pup!” Musk’s tweet about naming his dog Floki led to an instant 25% surge in the market value of the popular Shiba Inu (SHIB) alt-coin to a six-week all-time high.

Just recently, the price of FLOKI, a cryptocurrency named after Musk’s dog, skyrocketed after the SpaceX boss tweeted a photo of Shiba Inu hound in a Christmas dress. FLOKI’s prices surged more than 3,000 and an additional 500% since his tweet.

Robinhood to launch beta version of its crypto wallet in January