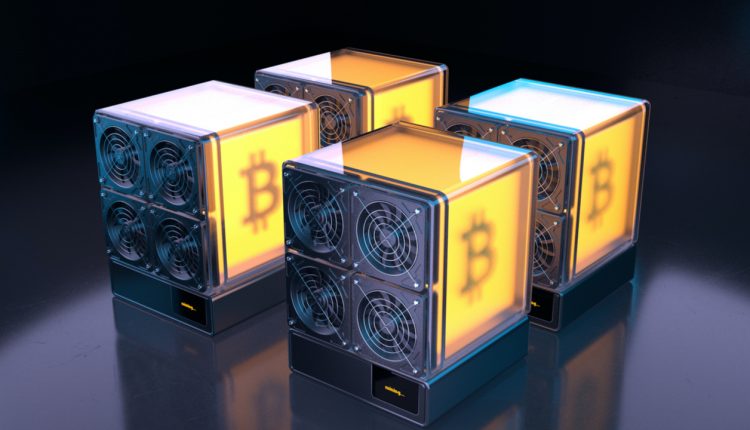 While bitcoin prices have consolidated around the $50K zone, the network’s hashrate has reached an all-time high (ATH) on December 8, 2021, tapping 194.95 exahash per second. Bitcoin miners have increased their processing power a great deal despite the fact that mining bitcoin is 8.33% harder to mine since December 11.

Bitcoin prices reached a few all-time price highs in 2021 breaking records from previous years. Similarly, Bitcoin’s hashrate has also seen record highs on two occasions this year as the SHA256 hash power has climbed exponentially. While BTC prices tapped an ATH of $64K in mid-April on May 9th Bitcoin’s hashrate hit a lifetime high at 191.42 exahash per second (EH/s). BTC prices once again reached another ATH on November 10, jumping to $69K per coin. As bitcoin prices have subsided around ​​26% since then, Bitcoin’s hashrate has skyrocketed to another lifetime high reaching 194.95 EH/s on December 8. Another change that can be seen since the May 9 hashrate high is the top mining pools have changed distribution significantly. Today’s top mining pool is Antpool with 19.39% of the global hashrate or 34.6 EH/s and the second-largest BTC mining pool is F2pool with 14.16% of the hashrate or 25.27 EH/s. Foundry USA has been a new top contender in recent months taking the third position on December 12, 2021, with 13.07% of the global hash power or 23.32 EH/s. During the last quarter of the year, unknown hashrate or stealth miners have been a prominent force in hash power distribution. Today, unknown hashrate is recorded as the fifth-largest mining entity with 12.20% of the global hashpower or 21.77 EH/s. BTC mining is still profitable as a machine that produces 110 terahash per second (TH/s) with $0.12 per kilowatt-hour (kWh) will get around $22 per day using today’s BTC exchange rates.

During the last quarter in 2020 and first two quarters of 2021, there were many mining rig orders from enterprise mining operations. Many of which expected delivery of the top-of-the-line bitcoin mining devices by the year’s end and early 2022. Companies had ordered tens of thousands of next-generation mining rigs and it’s quite possible a fraction of these ordered machines are online now dedicating SHA256 hashrate to the network.