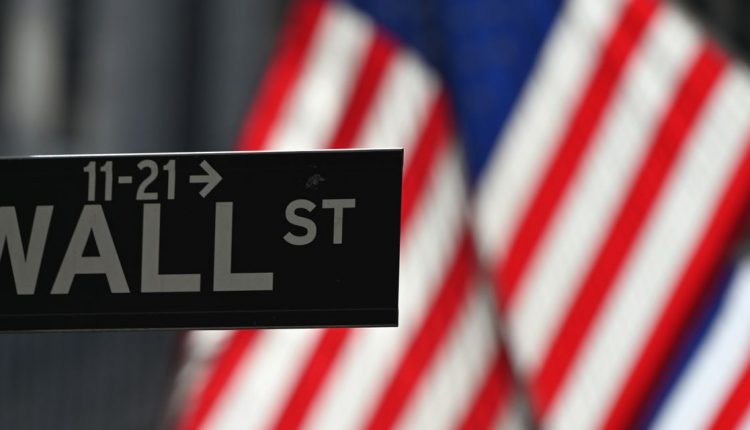 
Stocks gave up their morning gains on Thursday, selling off into the close to snap a six-day winning streak for the Dow Jones Industrial Average. The S&P 500 and Dow had earlier set intraday records Thursday, adding to their all-time high closes from Wednesday.


Dow Jones Industrial Average
had pulled back from its morning highs by midday Thursday, after setting an intraday record high of 36,679.44. The index closed down 91 points, or almost 0.3%, after having been up 190 points at its highest. The Dow’s record high close on Wednesday was its first since Nov. 8.


S&P 500 index
also set a record intraday high Thursday morning, before slipping to close down 0.3%. The


Nasdaq Composite
likewise gave up a gain to finish 0.2% lower, less than 2% below an all-time high set last month.

There wasn’t much in the way of market-moving headlines Thursday, leaving the Santa Claus rally to continue through the morning. Evidently the Grinch appeared around 3:30 p.m., pushing the market into the red by the close.

The seasonally adjusted number of individuals filing for unemployment benefits for the first time fell to 198,000 for the week ended Dec. 25, according to the Labor Department on Thursday morning. That’s a decrease of 8,000 initial jobless claims week over week and below the 205,000 expected.

It brings the average over the past four weeks to below 200,000—the lowest since 1969. It’s a job seeker’s market out there.

Trading remains quiet during the holiday period, with well-below-average activity on U.S. exchanges. Tuesday and Wednesday were among the lowest trading-volume days of 2021.

In the absence of major news or substantial economic data this week, seasonality appears to be in the driver’s seat. Historically, the stock market tends to rise over the last few trading days of each year—the so-called Santa Claus rally. This year was no exception, with indexes hitting record highs this week.

Markets seem confident that the Omicron variant of the coronavirus—though it is more contagious than other variants—will at-worst only temporarily derail the economic recovery from the Covid-19 pandemic.

“Despite global surges in Covid cases, the markets are reflecting the new reality that Covid is here to stay, albeit more on our terms than its,” wrote Kevin Philip, a managing director at Bel Air Investment Advisors. “The data out of South Africa regarding hospitalizations and the new updated guidance from the CDC are truly encouraging.”

“Next year, in my opinion, we are facing less of a Covid-influenced world, and a return toward normalcy,” Philip added. “The U.S. has a new infrastructure program in place, with less likelihood of higher personal and corporate tax rates. We also have a friendly Federal Reserve, which the market views is responsibly accelerating its wind-down of quantitative easing.”

Treasury markets weren’t signaling a plethora of economic optimism on Thursday, however. The yields on short-term Treasuries rose slightly, while long-term bond yields fell. That’s a flattening of the Treasury yield curve, after a big steepening move on Wednesday. The yield on the closely watched 10-year Treasury note was down slightly to 1.52%, still near its highest levels in a month.


Bitcoin
continued a multi-day slide. The price was down 0.5%, to about $47,160, around 4 p.m. Its declines this since the weekend are near 10%. The fall this week was even more pronounced for Ether, the token underpinning the

Here are six stocks on the move Thursday:

(ticker: BIIB) stock closed down 7.1% on Thursday—making it the worst performer in the S&P 500—after Samsung Group denied reports that it was in talks to acquire the drugmaker. The shares had climbed 9.5% on Wednesday on the news.

(KR) stock rose 1% after the grocery-store chain’s board approved a $1 billion stock-repurchase plan.

(MU) shares lost 2.4% after the memory-chip maker said that Covid-19-related lockdowns in China would limit its output.

) stock fell 1.5%. The electric-vehicle giant is recalling close to half a million Model 3 and Model S models over issues with the sedans’ trunk, which could cause their rearview cameras to malfunction.

American depositary receipts of Nio (NIO)—China’s answer to Tesla—jumped 14.7%, recovering from a large loss on Wednesday.

Write to Jack Denton at jack.denton@dowjones.com

Bitcoin Is Braced For A $6 Billion Earthquake As A Crypto Price Crash Hits Ethereum, BNB,

Celsius Faces a Revolt as a High-Yield Crypto Plummets

HIVE Blockchain Is A Rare Value Stock In The Crypto Space…