Missed buying DOGE or SHIB 2021; These Crypto can give you massive returns in 2022 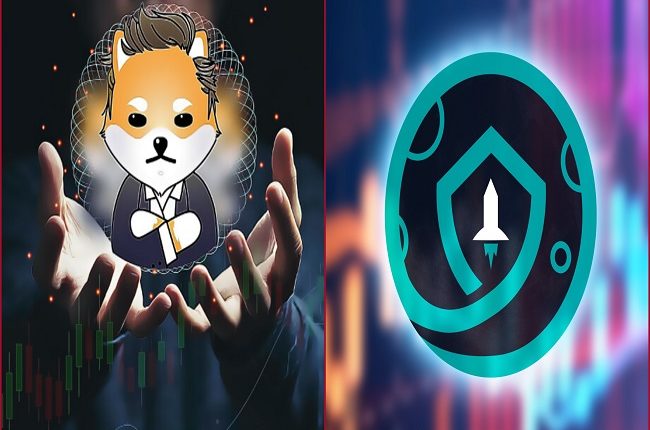 New Delhi: Memecoin like Dogecoin and Shiba Inu has managed to emerge as the most popular cryptocurrency surpassing the major cryptocurrencies such as Bitcoin and Etherium.

Shiba Inu went on to become the most viewed coin on the international market tracker, CoinMarketCap. SHIB is the 13th largest crypto in terms of valuation with a market capitalisation of over $20 billion and also has managed to break into the top 10 coins as per market capitalisation.

Here are some Crypto coins that can go to the moon in 2022:

Dogelon Mars is another dog-themed meme coin that follows the example of other successful dog coins like Dogecoin and Shiba Inu.

Dogelon Mars is becoming several popular in the meme coin space as its name is a mixture of Dogecoin and Elon Musk. Eventually, Elon Mush is an billionaire entrepreneur who is an outspoken supporter of Doge and wants to go to Mars. Dogelon Mars has managed to build a significant community, with more than 300,000 Twitter followers and more than 84,000 followers on Telegram

You may have not heard of the EverGrow (EGC) as it was launched at the end of September 2021. EverGrow is a decentralized platform that bridges the gap between crypto and fiat currencies and brings the benefits of the crypto world to everyday people. Based on the Binance Smart Chain, it has up to 10x quicker block speeds and lower gas fees compared to many projects competing in this space.

As per EverGrow, EGC is a deflationary token designed to become scarcer over time. Eligible Holders* of $EGC will earn an 8% reward from every Buy/Transfer/Sell Transaction in Binance pegged USD ($BUSD), which is automatically sent to your wallet. This generates a stable passive income.

Being the first cryptocurrency that rewards its users in $BUSD, EverGrow Coin is a front runner among all cryptocurrencies. With its anti-Whale system, EverGrow Coin discourages Whale sells by limiting any sell amount to a maximum of 0.125% of the circulating supply. Holders of EverGrow Coin get rewarded in Binance Pegged USD, a first in the history of cryptocurrency. With every transaction, a small percentage of tokens are automatically transferred to the PancakeSwap Liquidity Pool.

SafeMoon Protocol is a decentralized finance (DeFi) coin and it has three functions that take place during each trade: Reflection, LP Acquisition and Burn.

It is a combination of RFI tokenomics and an auto-liquidity generating protocol. The Protocol aims to solve the problems of prior cryptocurrencies including mining rewards, farming rewards, and liquidity provisioning. Mining equipment can be both costly and harmful to the environment, but mining remains of interest due to the opportunities afforded by it, so as an easy alternative to mining rewards, SafeMoon Protocol allows users to participate in a smart contract token reflection to produce tokens inside their own wallet.

Read More: Missed buying DOGE or SHIB 2021; These Crypto can give you massive returns in 2022

A beginner’s guide to cryptocurrency