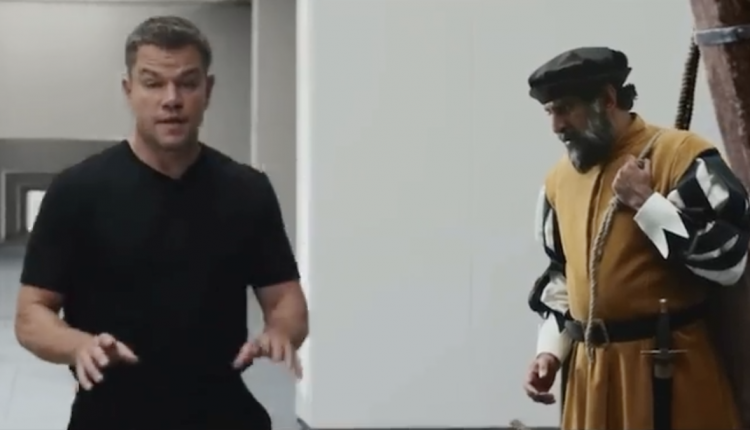 In the ad, which aired during Sunday night’s NFL games, Mr Damon makes an abstract plug for crypto.com – a platform for exchanging digital currencies like Bitcoin – while striding past images of explorers and astronauts.

“History is filled with ‘almosts,’” Mr Damon says as he breezes past a Christopher Columbus-like figure. “With those who almost adventured, who almost achieved, but ultimately for them it proved to be too much. Then, there are others – the ones who embrace the moment and commit.”

The actor then shows viewers images of a grizzled mountain climber, the Wright brothers aboard their prototype airplane, and, curiously, a couple kissing at a nightclub. At the end of the ad, Mr Damon walks up to a window overlooking Mars.

“Fortune favours the brave,” he tells us, and a crypto.com logo appears on the screen.

“Are you going to put your life savings into the pretend computer dog money that you can’t spend or are you a p****?” one paraphrased Mr Damon as saying.

“You may be zoned out during commercials and not have noticed, but there’s an ad with Matt Damon that likens trading cryptocurrency to climbing a mountain and being an astronaut,” another summarized.

“There isn’t enough yuck in the world” to describe the ad, another opined.

Cryptocurrency prices have wildly fluctuated in recent weeks, surging just before Christmas and then plunging a few days later. But in the crypto.com ad, Mr Damon appeared to dismiss that volatility as just another fear to overcome. Not everyone was convinced.

“I can just not stop laughing that Matt Damon’s pitch for crypto is ‘Be like a brave explorer, invest your life savings in crypto,’” one Twitter user commented. “This is the same pitch my buddy in 6th grade used to get me to dive from a railroad trestle into the river.”

“I don’t know nearly enough about crypto to say whether it’s a scam but those Matt Damon ads have thoroughly convinced me it’s a scam,” he added.

The Independent has reached out to crypto.com for comment.

Why Bitcoin, Dogecoin, and The Sandbox Are Down Today | The Motley Fool