Crypto, Build Back Better, M&A: A banker’s guide to Congress in 2022 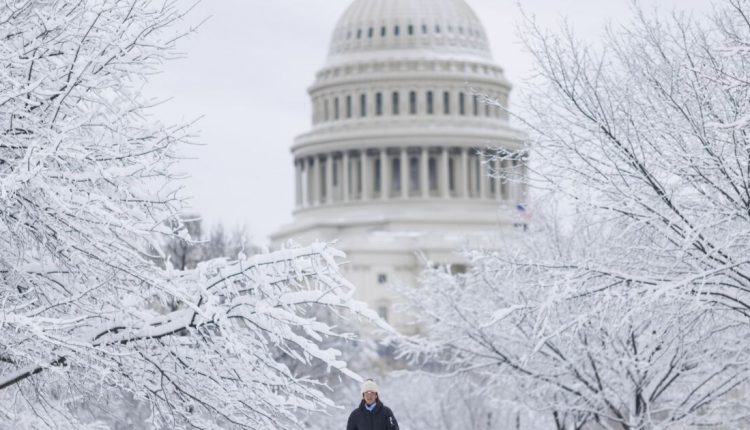 WASHINGTON — The second half of the 117th session of Congress could be a pivotal time for financial policy as Democrats race to accomplish their legislative agenda ahead of the 2022 midterm elections.

By all accounts, 2021 was mostly uneventful for banks on Capitol Hill. The Democratic sweep in the 2020 elections had worried many in the industry, but lawmakers were unable to do much besides overturn a Trump-era reform that had eased rules for bank-fintech partnerships.

In fact, the biggest legislative development was a victory for banks. The industry — through a grassroots campaign that mobilized customers — successfully fought back a controversial measure requiring financial institutions to help catch tax cheats by reporting account information to the Internal Revenue Service.

But 2022 is expected to be a busier legislative year as Democrats try to craft laws ahead of the coming midterm elections which, historically, do not portend well for the president’s party. This could motivate Congress to try to resurrect the IRS proposal and advance other pieces of legislation less friendly to banks.

“We expect Washington to represent more risk than reward for financial firms next year,” wrote Jaret Seiberg, a policy analyst at the Cowen Washington Research Group, in a research note Monday.

Among the potential risks, Democrats could take a second run at the IRS reporting plan to help pay for President Biden’s Build Back Better agenda, consider new statutory restrictions for cryptocurrency activities and even explore legislative changes to make the review process for bank mergers more rigorous.

However, legislation that is more beneficial to the financial sector could also be on the table.

For example, Democrats could revisit cannabis banking reform. The industry was hopeful that the 2020 elections would smooth the path for a bill making it easier for banks and credit unions to serve marijuana businesses in states where the substance is legal. But that legislation took a back seat last year as Democrats opted to push instead for full marijuana legalization.

The Build Back Better Act, meanwhile, could provide rewards to the industry in addition to risks if Democratic leaders are able to enact the package in spite of resistance from moderates within their own party. The nearly $2 trillion social policy plan includes housing investments and other economic drivers seen as beneficial to lenders.

Beyond legislation, Congress will have a jam-packed year for crucial Senate confirmations among the prudential bank regulators for bank policy.

Here is a rundown of what the new year could hold for banking policy in Congress.

The fate of President Biden’s “Build Back Better legislative agenda will be top of mind for most Democratic lawmakers in 2022. The stakes for banks and the general economy are significant. Analysts say financial institutions would broadly benefit from the potential trillions in new government spending.

The defeat of Build Back Better was “negative broadly for financials and housing as we expected the nearly $2 trillion over 10 years in spending to boost the economy while reducing credit losses,” Seiberg said in a note last month.

It remains to be seen how lawmakers will revise the legislation to try to garner more support. But core Democratic objectives remain roughly the same, such as increasing the nation’s housing supply and making more infrastructure resistant to climate change, which could pay historic dividends for lenders.

But there could also be significant compliance risk for banks inside a version 2.0 of Build Back Better, including the return of a much-reviled proposal from the Treasury Department to increase banks’ information reporting requirements to the Internal Revenue Service.

The original plan would have required banks to submit their customers’ gross inflows and outflows if they exceeded a certain threshold, an attempt to shore up tax compliance that triggered widespread consumer privacy fears.

Rather than abandon the plan, Democratic lawmakers led by Sen. Mark Warner, Va., have tried to narrow its focus to wealthy taxpayers and unreported business income — an approach that may soothe consumer fears at the expense of a bigger compliance headache for banks.

Another swing at cannabis banking reform

The election of President Biden coupled with the Democrats gaining control of the Senate last year buoyed hopes that Congress would be able to withstand GOP opposition and finally pass legislation making it easier for banks to work with cannabis firms.

Democratic leadership all but abandoned legislation targeted at financial firms in the hopes they could secure broader cannabis legalization. Lawmakers, led by Schumer and Sen. Cory Booker, D-N.J., argued that Democrats’ top priority should be “restorative justice” for thousands of people incarcerated for cannabis-related crimes, rather than making it easier for banks to profit.

But few in Washington expect a legalization push to succeed while Senate filibuster rules require that most legislation get at least 60 votes to pass. However, that could leave marijuana banking reform as Democrats’ most viable alternative.

Isaac Boltansky, director of policy research at BTIG, wrote in a December note that in 2022, “the forthcoming effort to advance comprehensive cannabis reform will almost certainly fail,” leaving the Secure and Fair Enforcement (SAFE) Banking Act as “a logical legislative fallback.”

That outcome doesn’t mean Congress won’t consider folding in elements of restorative justice into a cannabis banking bill. Boltansky said that lawmakers may ultimately agree on a bill that helps banks work with cannabis firms while also making it easier for nonviolent cannabis offenders to expunge their criminal histories.

“We have started to see a consensus form around certain restorative justice concepts, which should help build a SAFE+ package that can ultimately win the support of key progressive holdouts,” Boltansky said. “Advocacy efforts are often cumulative and the push to advance SAFE has been both strong and increasingly broad.”

The cryptocurrency sector’s rapid growth attracted sharp attention from Washington in 2021. For now, analysts are bearish that policymakers will produce significant legislation with the potential to become law anytime soon.

But 2022 could still prove to be a pivotal year on Capitol Hill for crypto as Congress as mulls future policy on digital assets.

Financial regulators who are part of the President’s Working Group on Financial Markets urged Congress to develop a new regulatory framework specific to stablecoins — a type of cryptocurrency pegged to a fiat currency to maintain a set value.

Senate Banking Committee Chair Sherrod Brown, D-Ohio, has in recent months signaled a clear interest in the sector and in stablecoins in particular. In November, Brown sent letters to Coinbase, Gemini, Paxos, Binance, Tether and other stablecoin issuers requesting more information about their products and underlying businesses. He convened a hearing in December on the same subject, where leading crypto CEOs urged lawmakers not to regulate them out of existence.

Cowen’s Seiberg said in a December note that Brown’s approach to crypto so far would leave “the door open to multiple hearings on crypto next year. We would expect the first one to be in late January or February.”

“It is hard to see this resulting in legislation in this Congress, though a bill to clarify policy could be possible next year as an amendment to a broader package. We will be watching for any signs of that,” Seiberg said.

The rules guiding regulators’ reviews of proposed mergers have become an increasingly high-profile political target for Democrats. Many progressives argue that the agencies have been too lax in approving deals, rubber-stamping them instead of conducting necessary analyses on the effects of credit access, consumer cost and financial stability.

While the regulators themselves would be responsible for changing those rules, congressional lawmakers could influence the direction of certain reforms through symbolic legislation and the Senate nomination process.

Bank merger review has been in the regulatory spotlight since the summer of 2021, when the Biden administration announced an executive order meant to promote competition across the U.S. economy. As part of that effort, the White House nudged the Justice Department, the Federal Reserve, Federal Deposit Insurance Corp. and the Office of the Comptroller of the Currency to update their guidelines “to provide more robust scrutiny of [bank] mergers.”

Democrats in Congress have already put forward legislation to usher in greater scrutiny of banks’ mergers. In September, Sen. Elizabeth Warren, D-Mass., and Rep. Jesús “Chuy” García, D-Ill., introduced a bill that would require bank regulators to weigh how…

Read More: Crypto, Build Back Better, M&A: A banker’s guide to Congress in 2022