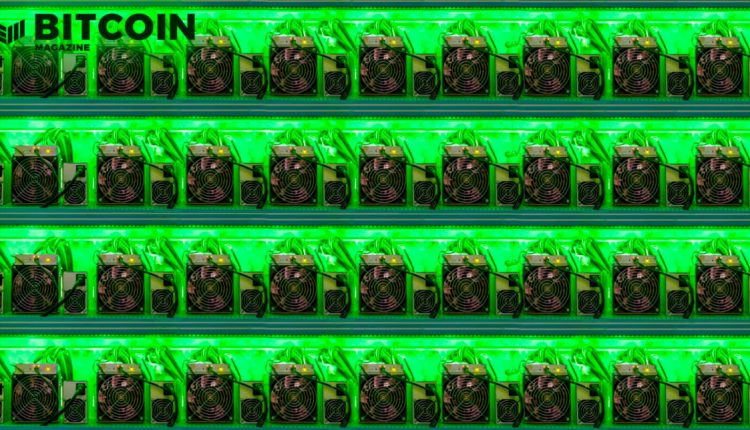 Last year was Marathon’s best year to date as the miner increased its hash rate by 1,790%.

Bitcoin mining company Marathon Digital Holdings had a record year in 2021 as it produced over 3,000 bitcoin, up from 338 BTC in the previous year, the company said in a statement Monday. The miner now holds a total of 8,133 BTC worth about $370 million at the time of writing.

Marathon’s monthly production also spiked in December as the miner saw its operations function near total capacity after a previous month marked by maintenance work and upgrades in its power plants. The miner produced 417.7 BTC in October, 196 BTC in November, and 484.5 BTC in December.

“2021 was a transformative year for Marathon as we increased our hash rate 1,790% and increased our bitcoin production 846% year-over-year to 3,197 self-mined BTC,” said Fred Thiel, Marathon’s CEO, in a statement. “We finished the year with our most productive month to date, producing 484.5 bitcoin in December and 1,098 bitcoin in the fourth quarter.”

Marathon said it deployed 30,391 bitcoin mining machines last year to increase its hash rate capacity from 0.2 exahashes per second (EH/s) in January to 3.5 EH/s in December. The company also expanded a hosting agreement with Compute North to accommodate 100,000 miners, an extra 30,000 rigs from the original deal. Marathon said its mining fleet currently consists of 32,350 active machines.

In December, Marathon announced a stellar $879 million purchase of 78,000 bitcoin mining rigs from Bitmain in a push to reach over 23 EH/s of hash rate capacity by the end of next year. As per the purchase agreement’s terms, the company will receive 13,000 machines per month between July and December 2022.

Why Is Curve Dao Token Soaring Today When Bitcoin, Ethereum, and Dogecoin Tank? |