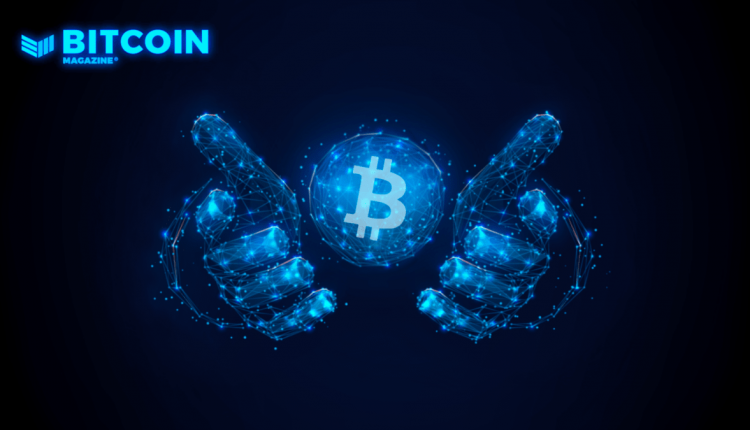 This year was a turning point for Bitcoin as many doubters watched the world embrace the technology.

2021 marked the twelfth year of bitcoin’s “official” existence, and after last year’s halving the year started and (mostly) continued on a bullish note as many, myself included, expected bitcoin to breach the $100,000 and set crazy new highs. That was not the case, but bitcoin did have a huge year and at times it feels like we’ve become desensitised to major developments in the market.

Despite the great strides made by bitcoin, its developers and die-hard users over the last 12 years, 2021 was the year bitcoin really went mainstream. The most important event that cemented bitcoin’s staying power and investability as an asset was of course El Salvador becoming the first nation to adopt bitcoin as legal tender, fully embracing the digital asset as their own.

When 2021 started, no one would have expected an entire country to embrace bitcoin with open arms, let alone embrace it as legal tender, launching a dedicated mobile wallet that a majority of their citizens use or invest in their own bitcoin reserve. Looking back, it was a major move that should have had a much wider impact on bitcoin adoption worldwide, as well as an increase in its price.

Besides that, we’ve seen major politicians across the U.S. come out as pro-bitcoin, even going as far as to accepting either their entire or part of their salaries in bitcoin. We’d been used to athletes doing so, but 2021 really kicked off politicians’ open interest in bitcoin, with Miami Mayor, Francis Suarez, and Senator Cynthia Lummis grabbing most of the headlines. But there were many, many others that followed in their footsteps.

Then there were corporations openly embracing bitcoin as a hedge against the instability fiat has brought on, especially during the economic fallout of the COVID-19 pandemic. MicroStrategy kicked off a series of events last year that saw companies like Tesla, Block and more openly hold bitcoin. Of course, MicroStrategy continued stacking sats throughout the year, becoming the largest institutional holder of bitcoin in the world.

China’s bitcoin mining exodus may have temporarily sent bitcoin on a dip, but it ensured that miner concentration was more spread out than before, with countries like Kazakhstan, Russia and the U.S. seeing an uptake in bitcoin mining operations within their borders. Of course, this pushed money into cities and counties that had been neglected in the past and saw some favorable regulations being brought out to ensure miners don’t move again.

The fallout from China’s bitcoin mining ban, and their umteenth bitcoin ban, was short-lived as the hash rate recovered within a couple of months and ensured that future efforts by the country to dampen the bitcoin-spirit would have little to no effect on either the network or the market. It remains to be seen if the country will ever embrace bitcoin.

El Salvador’s adoption of bitcoin pushed institutions and politicians built on the archaic fiat system to spread FUD far and wide, from the International Monetary Fund to the Bank of England, and foes Donald Trump and Hillary Clinton shared a similar view that bitcoin was a threat to the dollar. This of course is true, where fiat currencies were built to lose value over time, bitcoin was built to store value and even grow over time.

2022 Will Be Even More Explosive For Bitcoin

While we may not have seen bitcoin hit six-figures (in dollar terms) this year, it’s more than likely that in early 2022 bitcoin will surge, surpassing $100,000, perhaps even going as high as $150,000 or even $200,000 during the year. Of course, bitcoin could surpass everyone’s expectations and just go on a full-out run, but it’s better to remain conservative in our expectations.

Besides a surge in pricing, it’s likely that in the year ahead, we will see the U.S. and other countries implement more favorable regulations for bitcoin investors, whether it be individuals or institutions. Regulation isn’t always a bad thing, it brings some market certainty and opens up the pool of willing investors in the market. It’s unlikely that countries like the U.S. will outright ban bitcoin, instead opting to introduce taxes and other measures to benefit from investors’ foresight.

Then there’s the odds that another country or even two countries will follow in El Salvador’s footsteps in adopting the bitcoin standard in 2022. Of course, it would be great if more countries jump in, but it’s likely institutions like the IMF will try their best to block more countries from adopting bitcoin. It’s going to be interesting to see who’s next, with emerging markets in South America and Africa being the most likely candidates.

Finally, the odds are increasing that a spot ETF will eventually be approved in the U.S., which may reap benefits to both investors in these funds, and current hodlers. These funds have been jumping up all over the globe and the U.S. Securities and Exchange Commission can’t continue not approving them forever, risking capital flight and investor backlash.

There seems to be an increase in the overall consensus that the way the market fluctuates may change slightly during the current cycle and the ones to follow. Because more individuals, corporations and countries are pushing into bitcoin as an investment, there may not be such an overwhelming dip coming once the current cycle hits its top.

It’s difficult to forget how bitcoin dumped right after previous bull cycles, with the early 2018 dip after the 2017 bull run still being fresh in everyone’s minds. Because there’s a finite supply of bitcoin, and even fewer being traded on the open market on a daily basis, many believe that bitcoin will eventually peak, but the dip that follows won’t be as severe and the market could recover much quicker as more investors buy the dip.

Of course this makes sense when you look at the dips over the last couple of months seeing the likes of MicroStrategy and the El Salvadoran government stack some sats, there are many others doing the same and should bitcoin become a six-figure asset, with clearer regulation, it’s likely that market recoveries will be much quicker.

Whether or not this does happen remains to be seen, but in my opinion we are going to see bitcoin flourish throughout most of 2022. Much like 2021 was the year that saw bitcoin go mainstream, 2022 will see bitcoin go beyond mainstream and that’s worth looking forward to …

Read More: 2021 Was Huge For Bitcoin As Countries And Companies Worldwide Embraced It

Cardano Blockchain Attracted the Most Developers in 2021, Says a Santiment Study

Worst cryptocurrency? Here are some prominent losers in crypto space