How to Play Axie Inifnity? A Step-by-Step Guide 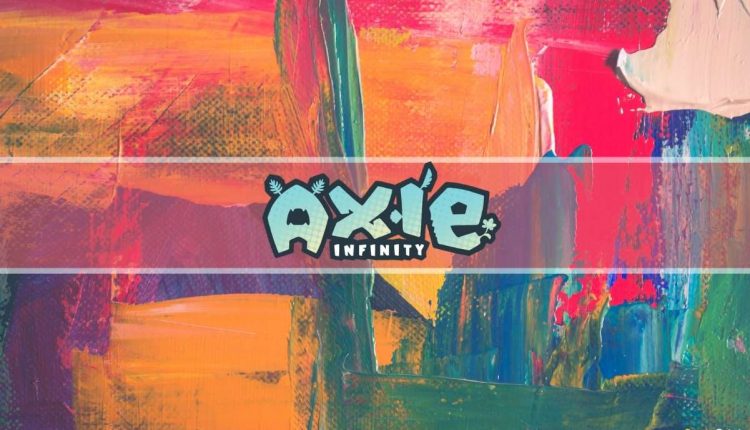 Earning money through playing video games is a dream of every gamer, but in the traditional industry, it’s something that only professionals achieve.

However, things move fast in the field of cryptocurrencies, and the above is now becoming possible thanks to the P2E (Play to Earn) business model.

The combination of blockchain technology and non-fungible tokens (NFTs) implemented in video games is giving crypto enthusiasts and gamers alike the opportunity to earn money by beating other players or just playing versus the environment.

One of the leading and most popular games in the field is Axie Infinity. In this guide, we’ll learn step by step what Axie Infinity is, its history, and how to play it.

How to Play Axie Infinity

What is Axie Infinity?

These creatures can be collected, bred, and sold at a price that depends on their rareness. Their price can range between a few dollars to hundreds of thousands of dollars.

Who is the Team Behind Axie Infinity?

The history of Axie Infinity spans back to 2017 and has to do with Trung Nguyen, a Vietnamese software developer who was thrilled with the success of the famous CryptoKitties, collectible NFT kittens stored on the Ethereum network.

Nguyen wanted to take advantage of all the benefits of blockchain technology and implement it into video games, giving players true ownership of the in-game items they collected.

Nguyen co-leads Sky Mavis, a tech-focused gaming studio. Witnessing the success of P2E games, the team decided to create a Pokemon-style game using the Ethereum blockchain. In 2021, the company raised $152 million – giving Sky Mavis a valuation of $3 billion, becoming one of the top gaming companies worldwide.

Axie Infinity debuted in March 2018, hoarding capital from notable investors such as Mark Cuban, Blocktower Capital, and Libertus. But it wasn’t until October 2020 that the AXS token called the attention of the crypto community when Binance hosted the AXS initial exchange offering (IEO) on its Launchpad. Each winning lottery ticket received 2,000 AXS at the price of $0.1 per token.

Just one year later – during October 2021, after the project boomed in popularity and the token price skyrocketed, each ticket was worth roughly around $250,000, representing an increase of almost 125,000% in just one year.

Before diving into the game itself, we need to talk about the Ronin Network and the two tokens related to the game: Axie Infinity Shard (AXS) and Small Love Potion (SLP).

So, why does Axie need two tokens, and what is the difference?

The Network: Meet the Ronin Sidechain

The Ronin wallet is a browser extension for Google Chrome and Firefox. It’s the digital wallet of Sky Mavis’ Ronin sidechain.

Ronin is designed as a whole ecosystem for the Axie Infinity metaverse. It allows a more open economy for players and enables them to escape the elevated gas fees on the Ethereum network.

Ronin is an Ethereum-linked sidechain with its own set of smart contracts where users will be able to migrate all of the in-game assets, such as Axie creatures, land, and land items, from the Ethereum blockchain to the Ronin blockchain,

You can install Ronin wallet as an extension on Chrome or Firefox. Set up your – password make sure you write down your seed phrase (remember to never share your seed phrase with anyone) – once ready, you can access your wallet at the top right bar on Chrome by clicking extensions and choosing Roning.

Important: Ronin can be integrated with a Trezor hardware wallet, and it is recommended for increased security.

First and foremost, Small Love Potion (SLP) is the token you receive as a reward for every battle won when playing Axie. It can be used to breed your Axie creatures and sell it at a set price or auction in the Axie Infinity Marketplace. The SLP token, unlike AXS, doesn’t have a limited supply.

SLP can be traded for other tokens on Katana, the decentralized exchange on the Ronin network, launched by Axie Infinity. The DEX is designed to allow anyone within the ecosystem to trade ingame assets and other cryptocurrencies, like wETH (wrapped Ether) and USD Coin (USDC).

AXS is an ERC-20 utility token in Axie Infinity, and it’s given to the best players from all of the 19 seasons in the game as a reward. A lot of players also choose to swap their SLP for AXS due to its limited supply. The consensus algorithm is the Proof of Authority, and Sky Mavis chooses the validators.

The AXS token distribution has a capped supply that can never exceed 270,000,000. The total supply of AXS tokens will be unlocked for 65 months. Below we can see the maximum possible issuance of AXS in the upcoming years.

The Axie universe is called Lunacia – an open-world driven by its players and composed of several plots of land. This land is divided into non-fungible tokens (NFTs) that players can buy, lease, and develop.

Lunacia is a 301×301 grid. Each square represents a tokenized plot of land. The land game is currently under development, but players and investors are already loading up to buy genesis lots. CryptoPotato reported that a plot sold for $2.3 million worth of ETH, making it the highest sum ever paid for a genesis lot of real estate in a metaverse.

How to Play Axie Infinity

Before You Start – Setting Up MetaMask

You can access Axie Infinity by setting up your MetaMask wallet and connecting it with Ronin. As we explained above, Ronin is an Ethereum-based sidechain downloadable as a Chrome/Firefox extension. Head to metamask.io and download the extension on the browser of your choice. After you install it, an orange fox will appear on the upper right side of your browser.

If you have never used MetaMask before (or any digital wallet), then there are important safety measures you need to be aware of. Beware of phishing scams, and always make sure you double-check the correct website URL.

Now that you have MetaMask register on the platform and connect your MetaMask wallet. First, go to Axie Marketplace and click on the top right Login button.

You’ll be redirected to the login page where you can register using MetaMask or just email and password. Click on Metamask, and a pop-up will appear. Connect your wallet and sign the request (this process is for free).

After completing the procedure, your account will be live, but you need to set it up by filling your email, username, password and later verify it through a code sent to your email.

Downloading and Setting Up Ronin

Your account is now live, but to play the game, you have to download it for iOS, Android, Mac, or Windows.

2. Create your Ronin wallet and add it as an extension for your browser or mobile device.

3. Buy your first Axies and set your team up – you’ll use them throughout the game in Adventure and Arena mode. On the screen of the third step, you’ll see a link to the Axie Infinity Marketplace. Click on it.

As shown above, an Axie is composed of six body parts – mouth, eyes, back, tail, forehead, and ears. Only four of the six parts – mouth, forehead, back, and tail –  will affect the results of your available cards, as shown on the right side of the image above.

You will use and prepare these cards in a combination, or use them individually against your opponents when it is your turn to…

Read More: How to Play Axie Inifnity? A Step-by-Step Guide

Explained: What are crypto airdrops and how do they work?