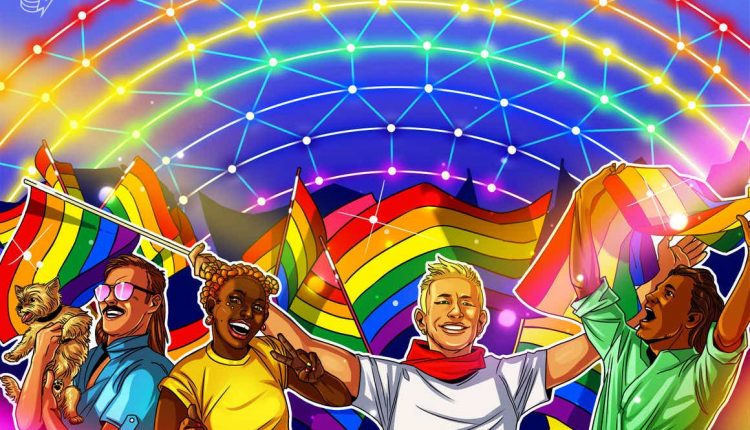 The cryptocurrency community has raised concerns about Mari Coin, a new token supposedly related to the LGBT+ community, with some people even suspecting the project to be a scam.

Launched in December 2021, MariCoin promises to enable a “social, ethical, transparent and transversal means of payment” targeting the global “pink economy,” which is estimated to amount to trillions of dollars.

One might question MariCoin’s ethics though, as its name is a portmanteau that plays on a Spanish slur for homosexuals.

According to the project’s website, MariCoin runs on the Algorand blockchain, with creators planning to list the token on several crypto exchanges in 2022.

The project was reportedly founded in Madrid by local hairdresser and entrepreneur Juan Belmonte, who said that the new token is designed to help the community profit by providing a new payments method for LGBT-friendly businesses worldwide.

According to CEO Francisco Alvarez, as many as 8,000 people were already on a waiting list to buy MariCoin as of early January.

Despite the token being widely promoted as the “first coin created by and for the LGBT+ community” on many mainstream media channels, MariCoin is not quite the first cryptocurrency project related to the LGBT+ community. As previously reported by Cointelegraph, there are a number of LGBT-related tokens and initiatives, including the LGBT token, which was launched back in 2018.

Several industry observers have expressed skepticism over MariCoin, with some even alleging that the initiative could be a scam.

“It’s not a coin, it’s a token, clearly a scam to catch fools who want to make easy money with crypto. Their website is poorly made, ugly and doesn’t have a single tech line about how this crypto will work. Not a single whitepaper and their waiting-list form is a damn Google Doc,” one Redditor argued.

Justin Ehrenhofer, vice president of operations at crypto wallet service Cake Wallet, said, “This 100% feels like a scam.” He noted that the Reuters article on MariCoin didn’t include much skepticism on the project:

This 100% feels like a scam. You need to FILL OUT A GOOGLE FORM to indicate how much you want to “invest” in “MariCoin”? Yet @enriqueanarte @TRF publishes this likely scam, without much skepticism. *Maybe* everyone involved is oblivious, but this appears to be a textbook scam 🙁 https://t.co/3TY4NfyDgQ pic.twitter.com/j1ZQaZea8G

MariCoin did not immediately respond to Cointelegraph’s request for comment. This article will be updated pending any new information.

Mines of Dalarnia guide: How to get started in the play-to-earn crypto game