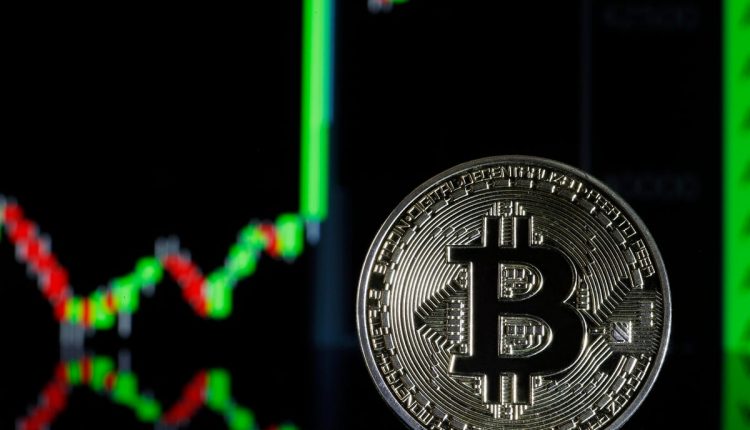 Bitcoin, ethereum and cryptocurrency have won over some surprising naysayers in recent years as the crypto market price has exploded.

The bitcoin price, after surging through much of 2021, has begun this year on a downward trend—despite a flurry of bullish 2022 crypto price predictions.

Now, Wall Street billionaire Thomas Peterffy, who once warned bitcoin futures could “destabilize the real economy,” has said investors should buy a small amount of cryptocurrency such as bitcoin or ethereum in case the dollar “goes to hell”—and predicted the bitcoin price could eventually hit $1 million.

Sign up now for the free CryptoCodex—A daily newsletter for the crypto-curious. Helping you understand the world of bitcoin and crypto, every weekday

“I think [bitcoin] can go to zero and I think it can go to a million dollars,” Peterffy, the Hungarian-born billionaire and founder of trading platform Interactive Brokers, told Bloomberg. “I have no idea.”

Peterffy, who’s worth almost $24 billion according to Forbes calculations, added he thinks it’s prudent to invest between 2% and 3% of a portfolio in cryptocurrencies, just in case state-backed fiat currency goes to “hell.”

Fears over soaring inflation in 2020 caused the likes of renowned investor Paul Tudor Jones to announce he was buying bitcoin, declaring it the “fastest horse to beat inflation”—helping the bitcoin price hit an all-time high of almost $70,000 in November last year.

Last month, inflation in the U.S. hit levels not seen since 1982, piling pressure on the Federal Reserve to accelerate its planned stimulus tapering and increase interest rates from their record lows.

MicroStrategy’s
chief executive Michael Saylor, who’s emerged as one of the most bullish bitcoin supporters after transforming his business intelligence company into a bitcoin acquisition vehicle over the last 18 months, made an eye-catching bitcoin price prediction last year.

Peterffy, after four years ago taking out a full-page ad in the Wall Street Journal warning of the risk bitcoin futures posed to capital markets, now admits to owning some bitcoin and said “urgency” from clients pushed Interactive Brokers to begin offering users bitcoin, ethereum, litecoin and bitcoin cash support. Up to 10 further coins will be added this month though Peterffy didn’t disclose which ones.

Wall Street giants from JPMorgan
to Goldman Sachs
have begun offering bitcoin and crypto services to clients this year as demand spikes along with crypto prices. The bitcoin price is up just 44% since this time last year, with ethereum up 266%.

Some smaller cryptocurrencies have rocketed at a far faster clip than bitcoin over the last 12 months—ethereum rival solana has added a face-melting 10,000% and the meme-based dogecoin, a favorite of Tesla
billionaire Elon Musk, has surged 1,600%.

Read More: Why A Billionaire Bitcoin And Ethereum Skeptic Suddenly Just Flipped And Made A Wild

Now I Need Bitcoin: A Banking Breakdown in Mexico