Battle for dominance heats up in cryptocurrency trading 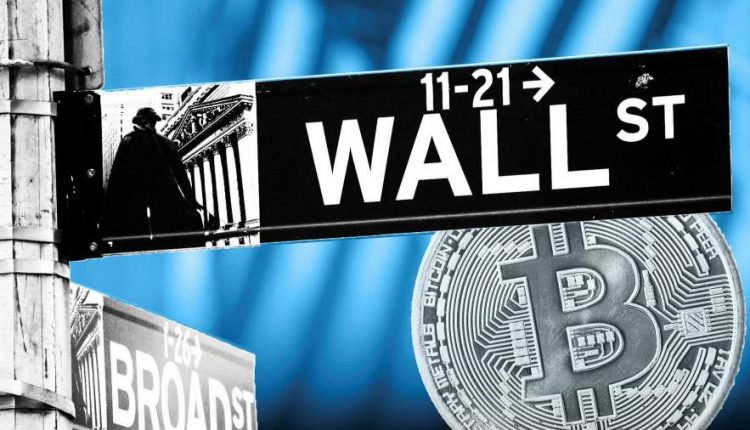 Changpeng Zhao: tech chief in the eye of the…

The battle for supremacy in cryptocurrency trading has intensified as some of Wall Street’s largest players start challenging digital asset specialists that already handle billions of dollars’ worth of transactions every day.

The most active traders and market makers in the nearly $3tn digital asset space include Alameda Research, B2C2, Cumberland and Genesis Trading, none of them well-known names in traditional financial markets.

But swiftly rising valuations this year have now drawn in trading houses that already dominate mainstream markets such as equities, currencies and futures. Jump Trading, Jane Street, Tower Research and Hudson River Trading, relative newcomers to digital assets, are now competing with crypto native companies to be the fastest and best.

“We know that big guys are coming in but they don’t scare me. We started in 2017 so we have already spent a lot of time on it,” said Michael Safai, the owner and chief executive of London-based Dexterity Capital, which he set up to become “the biggest and baddest prop trading company in the world”.

Dexterity, a digital asset specialist, trades between $2bn and $4bn of cryptocurrency a day.

Banks and Wall Street trading houses have until recently played a negligible role in cryptocurrency trading, which started with retail investors and grew to accommodate companies that were happy to take the other side of bets made by individual punters.

Retail investors trade on hundreds of exchanges where bitcoin — the most popular cryptocurrency — can be bought and sold. The price of digital assets can vary wildly on different exchanges, and traders can profit from the differences between prices if they are fast enough and have the reach to place bets on many platforms.

This is what led Sam Bankman-Fried to set up Alameda Research in 2017 — aiming to capitalise on the disparity between bitcoin’s price on South Korean exchanges and those in the west. He went on to launch FTX, the exchange, in 2019.

Alameda has become one of the key players in providing prices to cryptocurrency traders all around the world. It trades $5bn worth of coins daily, across thousands of products, the company’s co-chief executive Caroline Ellison told an industry publication.

“While established firms from traditional finance are entering the crypto trading space more and more, that’s because they’re attracted by the likewise increasing volume and opportunity set in the space,” Sam Trabucco, co-CEO of Alameda Research, told the FT.

While a lot of companies in the crypto sector started life four years ago, traditional companies have been much slower to dive in. Jump Trading announced the launch of a digital unit in September last year.

“[Their entry in to the space] changes the sorts of things Alameda needs to focus on,” Trabucco said, noting that there is more competition to be the fastest. “But so far the increased competition has not corresponded to lower success.”

In traditional markets, inefficiencies like the South Korean so-called “kimchi premium” are arbitraged away quickly. In crypto this process is much less developed but after the arrival of the Wall Street’s high-frequency trading firms opportunities to profit easily are becoming rarer.

“Traditional HFTs are getting more comfortable trading on crypto exchanges and [they] are encroaching on [opportunities that were] the bread-and-butter of crypto-native prop shops,” Joshua Lim, head of derivatives at Genesis Trading, said.

This is pushing crypto-native firms into broadening their activities into areas like lending, off-exchange trading and exploiting inefficiencies in new areas such as decentralised finance, where profits are still juicy.

Rob Catalanello, co-chief executive of B2C2, backed by Japanese bank SBI, said B2C2’s interest in trading on exchanges has been waning as more investors were willing to strike bilateral deals. Today, 65 per cent of its volumes are transacted on platforms, down from virtually all deals last year.

Institutional investors are interested in products like crypto non-deliverable forwards, a type of derivative widely used in foreign exchange markets. The owner of the contract can be trade cryptocurrency without taking delivery of the physical asset when the deal expires.

While trading on exchanges is declining, Genesis has seen a huge growth in activity at its lending desk, which handled $35.5bn worth of crypto loans in the third quarter of the year, a 586 per cent increase from the same three months in 2020.

Derivatives markets have also grown strongly. And while the big shops from traditional finance are focusing on trading at this stage, the incumbent rulers of crypto are broadening their aspirations and setting their sights on the big Wall Street banks.

“We are one of the biggest, if not the biggest, market makers in crypto and we want to become the first digital investment bank,” said Max Boonen, the founder of B2C2.

Read More: Battle for dominance heats up in cryptocurrency trading

As crypto takes Miami by storm, what’s in it for the rest of South Florida?

Changpeng Zhao: tech chief in the eye of the cryptocurrency storm