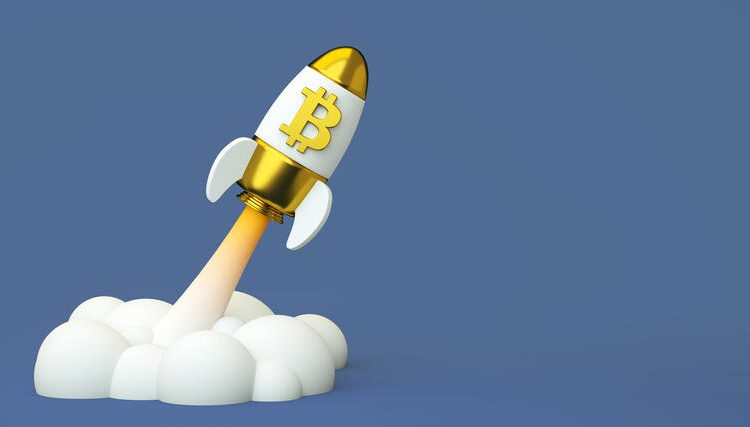 In our recent coverage on Bitfarms (NASDAQ:BITF), we noted that the alpha in BITF has diminished following its short-lived price discovery phase in November. BITF used to be more than 65% undervalued, but it is only 25% undervalued based on Bitcoin’s (BTC-USD) current price of $50,000. Hence, we’re in search of new entrants into this Bitcoin mining industry that can potentially displace BITF in our portfolio for maximum gain.

We came across Stronghold Digital Mining (NASDAQ:SDIG) when it first announced an IPO listing at $19.00 per share. According to the company, it positioned itself as a vertically-integrated and environmental-friendly Bitcoin mining company. Being vertically integrated (at the very least) means SDIG wholly owns power generation facilities and has less reliance on third-party providers throughout Bitcoin mining operations. SDIG’s power generation is environmentally friendly in the sense that its power facilities utilize coal refuse, a waste product from legacy coal mining operations. According to the company:

Stronghold Digital Mining is a vertically integrated crypto asset mining company currently focused on mining Bitcoin. We wholly own and operate a low-cost, environmentally beneficial coal refuse power generation facility, and it is recognized as an Alternative Energy System because coal refuse is classified under Pennsylvania law as a Tier II Alternative Energy Source (large-scale hydropower is also classified in this tier). We are committed to generating our energy and managing our assets sustainably, and we believe that we are one of the first vertically integrated crypto asset mining companies with a focus on environmentally beneficial operations.

Sounds familiar? It is similar to what BITF initially pitched to investors (although there’s a deviation from this direction later on). Citing BITF:

Bitfarms has a diversified production platform with five industrial-scale facilities located in Québec. Each facility is 100% powered with environmentally-friendly hydropower and secured with long-term power contracts. Bitfarms is currently the only publicly traded pure-play mining company audited by a Big Four audit firm.

Therefore, the aim of this article is to examine the investment value proposition in SDIG.

Introduction to the company

At that time, we were puzzled why SDIG would react in such a manner considering that 60% of SDIG’s 2021 (up to September) revenue is related to energy while only 28% of revenue is derived from its own Bitcoin mining operation. During the period, its hosting services contributed 12.5% of total revenue.

Why is SDIG priced at only one-fifth of BITF?

As of 30th September, SDIG only has a dismal 0.185 EH/s. It is so small the SDIG didn’t care to disclose the number of Bitcoins mined in Q3. Given the $2mil revenue from “crypto mining,” SDIG only managed to mine about 40 Bitcoins assuming a $50,000 per Bitcoin baseline.

Fortunately, SDIG has since expanded to 0.47 EH/s as of 30th Nov. SDIG has also entered agreements of purchase to bring mining up to 5.2 EH/s by early 2022 and 8 EH/s by the end of 2022. These rapid expansions are funded by SDIG’s $132.5mil proceeds from its IPO and an additional $54mil of financing.

When compared to BITF’s current 2.1 EH/s mining capacity, it is no wonder why SDIG is priced at one-fifth of BITF. However, SDIG’s rapid expansion funded with adequate financing and powered by 165 megawatts (MW) facilities should not disappoint its 2022 8 EH/s mining capacity expectations.

SDIG has 2 US-based facilities, Panther Creek Plant (80 MW) and Scrubgrass Plant (85 MW), with a total of 165 MW power supply. Both plants are designated as Tier II Alternative Energy Source by The Commonwealth of Pennsylvania. In return, SDIG is eligible to earn renewable energy credits. The point isn’t the amount of credit SDIG can earn (which is $23k in Q3). It is the narrative that SDIG is environmental-friendly.

This narrative is also emphasized and highlighted in SDIG’s Q3 quarterly report, stating that SDIG “removed approximately 106,000 tons of coal refuse and returned approximately 64,500 tons of beneficial use ash to waste coal piles during the quarter.“

Is 165 MW facilities sufficient? We think so. Compared to BITF’s current 106 MW facilities, SDIG 165 MW is sufficient. However, BITF is expected to almost quadruple its current power supply from 106 to 396 MW by the end of 2022. SDIG can compete with this benchmark via its proprietary modular data center known as Strongboxes. SDIG owns, develops, and manages its data centers (another aspect of being vertically integrated). These StrongBoxes are expected to provide 125 MW by 2022Q1.

SDIG has the exact same target as BITF to achieve 8 EH/s mining capacity by the end of 2022. From the sections above, we know that SDIG is priced in the proportion of its current mining capacity relative to BITF today, which is one-fifth of BITF.

This is good! SDIG has the facilities (165 MW facilities and 125 MW Strongboxes) to support 8 EH/s mining capacity and the fully-funded purchase agreement to bring its mining capacity to 5.2 EH/s by 2022Q1. Therefore, SDIG shouldn’t disappoint in this department.

On the flipside, because SDIG’s mining operations aren’t dominant enough, we do not have enough data such as Bitcoins mined and total mining costs per Bitcoin to provide accurate price targets. Furthermore, SDIG does not segregate costings based on sources of income (e.g., energy, capacity, hosting, and mining). Moreover, SDIG isn’t transparent about how the 8 EH/s mining capacity will be distributed between mining and hosting (something Core Scientific (NASDAQ:XPDI) is upfront about).

We’ll overcome this ambiguity by drawing references from other mining companies with as BITF, Marathon Digital Holdings (NASDAQ:MARA), Riot Blockchain (NASDAQ:RIOT). Based on our previous studies, total mining costs per Bitcoin ranges from $22k to $34k. We expect the Bitcoin Network Hash Rate to grow 50% annually to 270 EH/s. Therefore, we expect SDIG to mine 10,900 Bitcoins annually with 8 EH/s mining capacity. We’ll be willing to pay five times the earnings given a mining rig’s 5-year useful lifespan. SDIG currently has 85 Bitcoins on its balance sheet. We assume that the entirety of SDIG’s 8 EH/s mining capacity will be directed to its own mining operations. Energy-related revenue will be excluded as it’ll only be marginal (about 7% of revenue from mining operations at 8 EH/s capacity). Under these expectations, we present our price targets proposed by our valuation framework in Table 1.

There are 3 major downside risks in investing in SDIG to consider. 2 of them are tied to macroeconomic factors and only 1 of them is direct Bitcoin related.

The first risk is the divergence between large-cap stocks and small-cap stocks. This risk is detailed in our previous study. We’ve studied the growth sector extensively. We examined factors, such as valuation, profitability, and market cap in relation to stock performance amid the current inflationary and highly uncertain (Omicron-induced) environment. Our findings align with scientific literature suggesting unprofitable small-cap stocks (e.g. SDIG) will continue to underperform profitable large-cap stocks.

The second risk is the Fed’s tapering and rising interest rates. As outlined in our previous study, at least 8 rate hikes are expected through 2024. The rising interest rate is detrimental to SDIG considering the number of funds required to expand its mining capacity to compete for a share in the Bitcoin network.

Nevertheless, according to our model, SDIG presents investors with at least a 3:1 reward-risk ratio assuming a $50,000 Bitcoin.

We’ve taken a liking towards SDIG since its operation is environmental-friendly. Our comprehensive SDIG stock analysis showed that SDIG is priced proportionally to its current mining capacity relative to BITF. However, SDIG is showing signs that it has what it takes to expand and match BITF’s 2022 expectations.

Is the Bitcoin (BTC) Bottom In? Analytics Firm Says These Two Bullish Signals Are

Crypto Transaction Volume Grows 567% In 2021 But For A Price