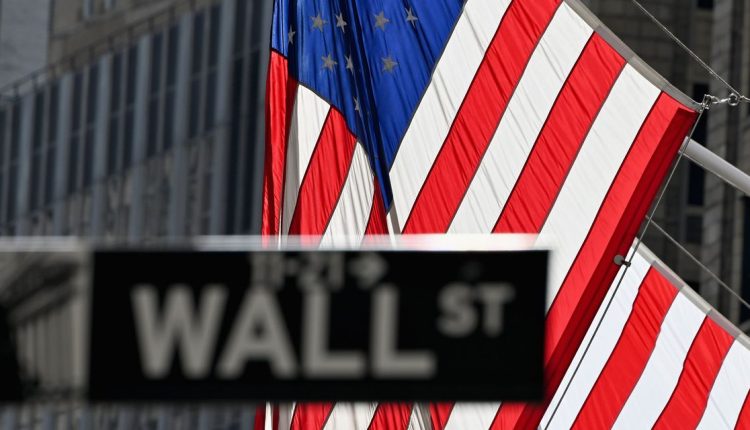 
Stocks were volatile on Thursday. Technology stocks did an about face after having sold off as bond yields surged back to their pandemic-era highs.

In morning trading, the


Dow Jones Industrial Average
fell 51 points or 0.1%, after the index dropped 392 points, or more than 1%, Wednesday. The


Nasdaq Composite
was down 0.1% after having dropped more than 1% earlier in the session.

The 10-year Treasury yield rose to as high as 1.75% after closing Friday at 1.51%, a day after the Federal Reserve made clear that it will soon lift interest rates. Its current level is its pandemic-era high, last achieved in March of 2021.

The central bank indicated in its December minutes, published Wednesday, that it will likely raises rates several times this year, starting in the next few months. The Fed is trying to fight recently high inflation, which seems to be sticking around.

The Fed minutes also revealed that it is considering shrinking its balance sheet. For now, the Fed is buying a lesser amount in bonds each month, but when it reduces its balance sheet, it will sell bonds. That could help bring bond prices down, lifting their yields. The bond market seems to be preparing for that.

That meant more pain for technology stocks. The Nasdaq has fallen about 6% below its all-time high, hit in late November. Higher bond yields make future profits less valuable—and many fast-growing tech firms are counting on big profits many years down the line.

Bitcoin and other cryptocurrencies continued to feel the pressure after the leading digital asset sold off after the Fed minutes were released. Bitcoin was down 9% to below $42,700, according to price data from CoinDesk, with Ether down 13% to just above $3,300. Cryptocurrencies are essentially long-term bets, which speculate that the currencies will have some measurable value far into the future, making their prices sensitive to changes in long-dated bond yields.

The Dow, home to more economically-sensitive stocks, has fallen, but not as much. The index is down just over 1% from its high, hit in the new year. Rate hikes could put a dent into economic growth.

Consistent with that, the price of WTI crude oil was up more than 2% to over $79 a barrel. That sent the

Overseas markets were closed before the minutes were released, so the response of traders in Europe and Asia was delayed until Thursday. Tokyo’s


Nikkei 225,
which analysts say has been closely correlated with the Nasdaq, dropped 2.9%. The pan-European

“The shift in sentiment came against the backdrop of continued rises in sovereign bond yields,” Reid added. “There are a few other big questions outstanding, including how many rate hikes would take place before quantitative tightening begins and how Treasury and mortgage-back security holdings would be treated during runoff.”

Friday, the spotlight will fall on the December jobs report, with expectations for 422,000 jobs to have been added. Markets want to see that people are getting back to work at a brisk pace, but not so fast that the Fed becomes even more likely to tighten monetary policy quickly.

Still, other economic data will be more influential over market expectations on Fed policy. “The slight increase in jobless claims is unlikely to rock the boat—inflation is center stage when it comes to the Fed’s potential moves,” wrote Mike Loewengart, managing director of investment strategy at ETrade.

The consumer-price index is set to be released on Jan. 12.

Here are seven stocks on the move Thursday:

(ticker: COIN) was down 1.9% after a 6.4% fall Wednesday. It and other stocks linked to cryptocurrencies have felt the heat from a slide in digital asset prices.

(WBA) stock initially rose, then fell 0.7% after the company reported a profit of $1.68 a share, beating estimates of $1.36 a share, on sales of $33.9 billion, above expectations for $32.9 billion. The company also raised its guidance.

(TXRH) stock gained 0.9% after getting upgraded to Buy from Neutral at UBS.

(TGT) stock fell 0.2% after getting downgraded to Equal Weight from Overweight at Wells Fargo.

Write to Jack Denton at jack.denton@dowjones.com and Jacob Sonenshine at jacob.sonenshine@barrons.com