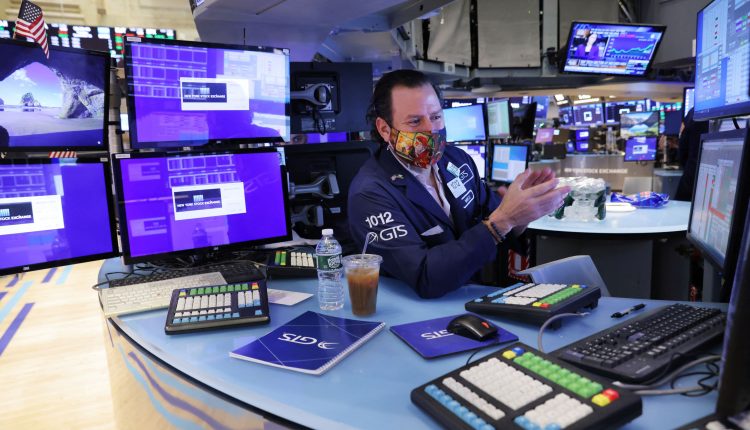 The Dow Jones Industrial Average on Wednesday dropped nearly 400 points or 1%. The damage in stocks was more evident in the S&P 500‘s almost 2% slide. The Nasdaq was the worst performer, plunging 3.3% in its biggest one-day loss since February 2021. (CNBC)

The Fed at its December meeting began plans to start cutting the amount of bonds held on its balance sheet, with members saying such a reduction would likely start sometime after the central bank begins raising interest rates. That’s according to minutes from the meeting released Wednesday. The Fed is set to hold their first meeting of the new year on Jan. 26-27. (CNBC)

Central bankers and investors got another read on the health of the labor market Thursday morning. The government’s look at jobless claims for the week ended Jan. 1 showed a slightly higher-than-expected 207,000 initial filings. That’s just about the same as the previous week’s level, which was near the lowest mark since 1969. (CNBC)

The government is scheduled to release its December employment before the bell on Friday. Nonfarm payrolls are expected to grow by 422,000 positions, with an unemployment rate seen dipping to 4.1%. ADP’s December look at hiring at U.S. companies more than doubled estimates. However, data from ADP has not been the best at predicting the government’s monthly report during the pandemic. (CNBC)

IN THE NEWS TODAY

Constellation Brands (STZ) initially fell 2% in the premarket after reporting earnings, before recovering that loss. Constellation earned an adjusted $3.12 per share, compared with a $2.76 consensus estimate, with sales also beating forecasts.

Hasbro (HAS) named digital gaming business head Chris Cocks as its next CEO, effective February 25. He’ll replace interim CEO Rich Stoddart, who has been filling that role since the death of Brian Goldner last October.

AT&T’s (T) WarnerMedia and ViacomCBS (VIAC) are exploring a possible sale of a significant stake or all of the CW Network, which they jointly own, people familiar with the matter told The Wall Street Journal. Nexstar Media Group (NXST) is among the suitors, The Journal reports.

Conagra (CAG) fell 1% in the premarket after missing estimates by 4 cents with an adjusted quarterly profit of 64 cents per share, although revenue was slightly above forecasts. Conagra did raise its full-year sales forecast on higher prices and strong demand for its frozen foods.

Helen of Troy (HELE) added 2.2% in premarket trading after the household products company beat consensus estimates in its latest quarter and raised its earnings outlook. Results were driven by double-digit growth in housewares and beauty products.

Datadog (DDOG) shares added 2.2% in the premarket after the monitoring and security platform provider announced a new partnership with Amazon Web Services, which will focus on developing and tightening product alignment.

ADT (ADT) lost 2.1% in premarket trading after RBC Capital downgraded the home security products provider to “sector perform” from “outperform,” and cut its price target to $10 from $12 per share. RBC cites component and wage inflation, among other factors.

Allbirds (BIRD) rallied 5.7% in the premarket after Morgan Stanley upgraded it to “overweight” from “equal-weight”. The firm said the company’s valuation is attractive relative to its peers because of a recent pullback in the stock as well as growth prospects.

Is the Bitcoin (BTC) Bottom In? Analytics Firm Says These Two Bullish Signals Are