Big Tech could brush off rate hikes. Startups may struggle 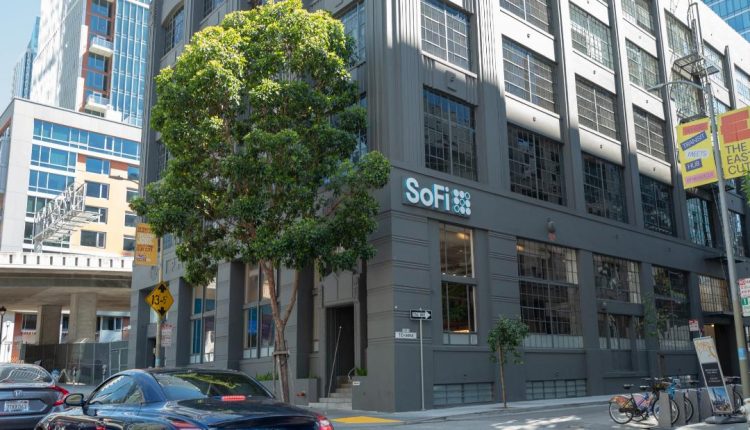 Given some time, however, Randy Frederick, Schwab managing director of trading and derivatives, thinks certain tech companies will fare better than others.

“The smaller, more leveraged ones are going to struggle,” Frederick told me.

None of these stocks had a good start to the year. Apple, which became the first public company to be valued at more than $3 trillion on Monday, has shed 5.5% since Tuesday. Over the same period, Microsoft has dropped more than 6%, while fintech startup SoFi and crypto firm Coinbase have fallen 12% and nearly 7%, respectively.

Breaking it down: Concerns that the Federal Reserve could hike interest rates more aggressively than investors had anticipated were amplified this week when minutes from the central bank’s most recent meeting were released.

That encouraged Wall Street to ditch tech firms with lofty valuations, since higher rates could hit future earnings. It could also lead to higher borrowing costs for companies that need to take on a lot of debt to keep growing quickly. Meanwhile, investors snapped up stocks in sectors like banking that perform well when interest rates are rising.

The entire tech industry was swept up in this rotation. But Frederick believes that once the fervor subsides, the Apples and Microsofts of the world will quickly recover, as Wall Street moves to buy its favorite stocks at a discount.

“When the bounce back starts to come, you’ll see it will probably be in the mega-caps first,” Frederick said, referring to firms with the biggest market values.

These companies have plenty of money on hand — Apple ended its September quarter with an eye-popping $191 billion in cash and marketable securities — and can roll-over their debt at prime rates.

That’s not necessarily the case for companies like SoFi and Coinbase, which both went public last year and need their businesses to keep expanding at a rapid clip to justify their valuations.

SoFi’s stock finished Thursday near its lowest level since the digital lender started trading on the Nasdaq in June 2021.

Big picture: Expect to hear the phrase “selectivity” a lot over the coming months. Once interest rates begin going up, analysts think the “buy everything” rally that took hold last year will likely give way to a period in which investors need to be more discerning about which stocks and assets they own.

That could continue to hurt the shares of riskier companies that looked a lot shinier six months ago.

The US economy added 199,000 jobs in December, the Labor Department reported Friday. That was the fewest jobs added in any month of 2021.

That was a disappointment: Economists had forecast jobs growth of double that number.

Even so, 2021 will go down in history as a year of record-breaking jobs growth. America added 6.4 million jobs, the most since records started in 1939.

The report doesn’t show the full impact of the new Omicron variant just yet, my CNN Business colleague Anneken Tappe notes. That’s because it relies on surveys conducted in the middle of the month.

Omicron was already spreading in mid-December, but rising infections made staff shortages significantly worse by the end of the year.

On the radar: Investors and policymakers put a lot of stock in the jobs report, an important barometer of the health of the economy. The weak reading could surface some doubt about whether the Fed will move ahead with an interest rate hike in March — now the expectation.

But during the pandemic, initial jobs data has been murky due to difficulties collecting it. When it released data for November, the US Bureau of Labor Statistics revised up data for September and October by 82,000 positions, for example.

A meme stock gets into crypto, and investors go wild

What do you call a report that the most famous meme stock is taking steps to make crypto a part of its business?

The latest: The Wall Street Journal reported Thursday that GameStop (GME) is launching a division to develop a marketplace for NFTs, or non-fungible tokens, and set up cryptocurrency partnerships as it tries to diversify its video game business.

The news outlet said the company has hired more than 20 people to build an online marketplace for trading NFTs of avatar outfits and weapons, and that the company will ask game developers to list NFTs on its hub when it goes live later this year. It’s also reportedly close to signing partnerships with two crypto companies to co-invest in new games that use blockchain technology.

Shares of the Texas-based company are up 14% in premarket trading.

The takeaway: Companies like GameStop that are at the center of the recent buying craze among amateur investors want to parlay the hype into a more meaningful business turnaround. The company’s losses widened in its most recent earnings report. And this strategy isn’t a total curveball given how popular NFTs have become — especially among younger people, a demographic important to GameStop.

The company also wants to hold on to recent devotees to its stock. A pivot to crypto excites the investors on Reddit and Discord that made GameStop a household name in 2021, which then gives bigger players confidence to maintain their stakes.

Bitcoin and Ether heading $100K and $5K in 2022: Bloomberg Intelligence