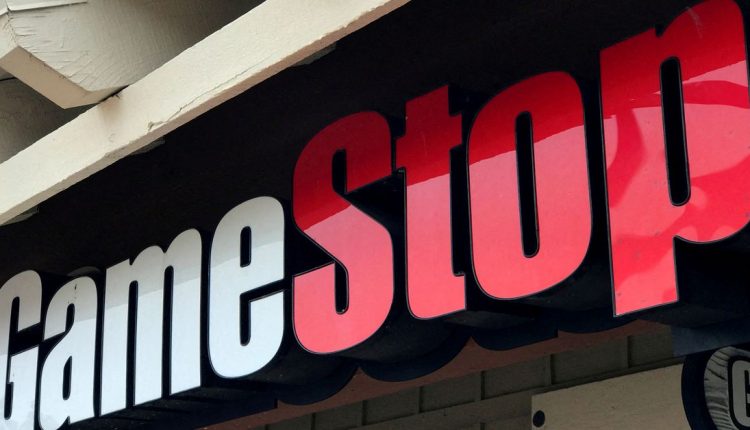 Jan 7 (Reuters) – GameStop Corp’s (GME.N)stock rallied on Friday after a report that the videogame retailer plans to expand its non-fungible tokens (NFTs) marketplace and partner with crypto firms.

The company’s shares soaredlast year as it was at the center of a battle between small investors coordinating on online forums and Wall Street hedge funds that had taken short positions. Since mid-November, its stock has mostly declined.

On Friday, GameStop jumped 7.3% to $140.62 after reports late on Thursday that the company would build an online hub for trading NFTs for virtual game collectibles and establish cryptocurrency partnerships.

A source familiar with the matter told Reuters about GameStop’s plans, which had been reported by the Wall Street Journal. read more

NFTs, which use blockchain to record the ownership of digital items such as images and videos, surged in popularity in 2021, leaving many confusedabout why so much money was being spent on copiable digital items that do not physically exist. read more

Highly volatile crypto assets have tumbled in recent months, with bitcoin plummeting to a more than three-month low of $42,001.97, down about 38% from its $69,000 all-time high in November.

“Meme stocks are speculative rather than fundamental and, to a degree, cryptos are also little speculative in nature … too much of an exposure to cryptos could have an effect on the balance sheets of these companies,” warned Mirabaud analyst Neil Campling.

Short selling against GameStop increased by about 1 million shares to 8.4 million in the past 30 days, now worth $1.11 billion and equivalent to 13% of GameStop’s free float, according to data from S3 Partners.

“First we would need to wipe out recent mark-to-market profits on the short side, which means getting back to levels in the $170 – $200 stock price range,” for a short squeeze to happen, Dusaniwsky said.

Quadruple MSRP wanted for GeForce RTX 3090 on eBay while US$16,000 secures an