Own a gaming PC? Here’s how to mine Ethereum for some passive income 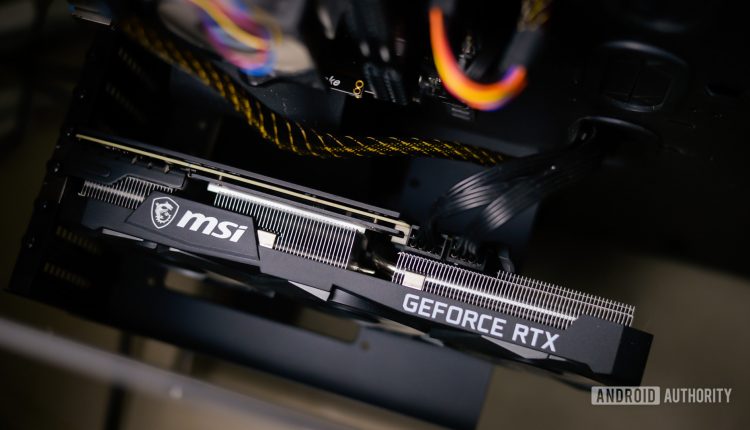 If you own a high-performance gaming computer or graphics workstation, the chances are you’re sitting on an untapped revenue stream. Cryptocurrency mining, or more specifically Ethereum mining, has become a highly profitable stream of income for many individuals and even entire businesses.

In fact, mining has become so popular that the world’s largest graphics card manufacturers, Nvidia and AMD, often struggle to keep up with demand for their hardware — first in 2017 and then again in 2021.

At the center of this hype and mania lies Ethereum, a cryptocurrency trying to democratize the financial industry and disrupt many others. For reasons mostly unrelated to the mining boom, Ethereum’s price has surged — leading to miners taking home even more profits than usual.

Given how lucrative Ethereum mining has become in recent months, it makes plenty of financial sense for anyone with eligible hardware to participate. Sounds interesting? Follow along to learn more about cryptocurrency mining and how much money you can expect to make from it.

What is mining and why should you bother? Put simply, mining is the process through which new cryptocurrency transactions are verified and added to the global ledger. Mining also prevents older transactions from being overwritten or fraudulently modified.

In most cryptocurrencies, new transactions are bundled together every few seconds in a block. Computers worldwide then calculate the solution to a complex mathematical problem, called a hash, unique to this block. The first computer (or miner) to find the solution is rewarded, while everyone else gets nothing and has to start over.

See Also: What is cryptocurrency mining? Why is it so important?

Anyone can volunteer to become a cryptocurrency miner. As long as you have a powerful enough computer and an internet connection, you can expect to make some money. However, some cryptocurrencies like Bitcoin, Litecoin, and Dogecoin require specialized equipment out of reach for the average individual.

Ethereum, however, can be mined using off-the-shelf hardware, so this article will focus on mining ETH alone. Other cryptocurrencies that can be mined on commodity desktop hardware include Ravencoin and Monero.

To get started with mining, you’ll need to create an Ethereum wallet. Luckily, this is not difficult, as our guide to cryptocurrency wallets explains. Since mining payouts are issued in Ethereum’s cryptocurrency, ether (ETH), you’ll need a receiving address.

Once you’ve racked up some earnings, you can exchange Ethereum for US dollars or any other fiat currency. We’ll discuss this in more detail later.

You only need a crypto wallet and some hardware to mine Ethereum.

Note: Ethereum mining will not exist forever. The cryptocurrency’s developers are currently working on a network upgrade that will completely do away with mining. Dubbed Ethereum 2.0, this transition will introduce a proof of stake system, which does not involve spending computational resources for transaction verification. However, the upgrade is still several months away at best, so you can make hay while the sun shines. Post ETH 2.0, most miners will point their hardware resources to some other cryptocurrency.

How to mine Ethereum Many of us already own an existing workstation or gaming PC. If this sounds like you, there’s good news! You don’t have to pay anything upfront to start mining — as long as your graphics hardware is relatively modern and performant. This is because graphics processing units, or GPUs, excel at running the algorithms used for mining.

More specifically, any graphics card more powerful than the Nvidia GTX 1060 or the AMD RX 480 8GB will do just fine for mining Ethereum. These were marketed as mid-range GPUs back in 2016, so the chances are that more recent gaming PCs will match or surpass them.

For Ethereum mining specifically, you’ll need a card with a minimum of 6GB of video memory. This means lower-end cards like the GTX 1050 Ti and 1650 are ineligible.

At the time of writing this article, a higher-end graphics card like the Nvidia RTX 3070 can yield around $3 a day. The cheaper GTX 1660 Ti, on the other hand, will earn a little more than half as much. However, it’s worth noting that these numbers are not absolute. GPU power efficiency plays a significant role in calculating profitability — more on that in a later section.

Each GPU can net you a profit of $2-8 per day, not bad for completely hands-off income.

In case you’re unsure about your card’s capabilities, we would recommend using an online calculator like WhatToMine or Nicehash’s handy profitability calculator. These websites are useful for estimating your GPU’s performance for mining, and gaining a general understanding of your potential income.

Do note that if you’re buying new graphics cards solely for cryptocurrency mining, calculate how long it would take you to recoup the initial investment. Computer hardware is usually in short supply when mining profitability spikes, so make sure you aren’t overpaying significantly. Any longer than a few months to break even on your purchase, and you’re probably better off not participating at all.

Step 2: Optimize your hardware, or take a shortcut As you’ve probably guessed by now, most graphics cards weren’t designed with cryptocurrency mining in mind. To that end, it’s important you do not push your cards to the limit. Most gaming or graphics applications aren’t nearly as intensive or continuous as mining, so most miners artificially limit GPUs to prevent premature failure.

Another reason to dial back your hardware’s capabilities is power consumption. Mining at full bore may net you slightly more income, but you will likely pull drastically more power from the wall at the same time.

For all of these reasons, it is essential to find the best balance between performance and power consumption. However, given the myriad of different graphics hardware brands, architectures, and generations, no one can offer universal advice on optimizing your particular setup. In other words, prepare for a bit of trial and error.

Mining at full bore may net you slightly more income, but you will likely pull drastically more power from the wall at the same time.

The first step to fine-tuning your graphics card involves downloading an overclocking software of your choice. MSI Afterburner is the de facto choice these days, so you might as well install it. For AMD graphics cards, you could also use the Radeon Software bundled with the drivers.

You should set your GPU’s maximum power limit to around 70 to 80% of its factory setting as a general rule of thumb. From there, your priority is to raise your card’s core and memory clocks in small increments until you start to notice visual anomalies.

If all of the above sounds too complicated, you may be better off using a fully automated mining tool such as Nicehash’s QuickMiner. The software essentially handles the overclocking bit for you. However, you should know that mining through Nicehash involves renting your computational power to other miners, who pay you in Bitcoin. Think of Nicehash as a marketplace that takes a small cut for the convenience it provides.

The other downside is that the QuickMiner software is only optimized for certain generations of Nvidia GPUs. If you’re running AMD hardware, you’ll have to dial in the overclock settings yourself and use a different mining program.

Nicehash also offers a slightly more detailed overclocking guide for manual overclocking that you might find useful. In my experience, though, the best way to find and validate settings for your hardware is to peruse user forums such as the EtherMining subreddit or GPU mining-focused chat rooms.

Cryptocurrency mining is a highly competitive process with only one winner. In other words, there is virtually no way you’ll be able to make any money via solo mining. Enter mining pools.

As their name suggests, pools combine computational power from hundreds or thousands of miners to boost everyone’s chances of finding a block. Then, whenever the pool stumbles upon a block, the rewards are split — proportional to each miner’s contributions, of course.

While the Ethereum network has dozens of pools, most of the top ones are functionally similar. After all, mining pools also have to contend with competition amongst themselves. If one is far worse than the other, it would quickly lose market share.

It’s worth noting that you aren’t bound to any single mining pool. However, most pools include a minimum withdrawal threshold to prevent people from switching too frequently.

Ethermine is the largest Ethereum pool and one of the most consistent daily performers. Even so, your earnings will not differ much if you select a smaller pool like Flexpool, Hiveon, or Spark Pool. A bigger factor to consider is if the mining pool has servers near you — especially if you live outside North America and Europe.

Mining pool websites offer configuration guides for the most popular mining programs. Getting started is as simple as copying and pasting a few lines in most cases.

As for which program you should use, there is no single correct answer. Mining software choice varies depending on your hardware. For instance, TeamRedMiner only works on AMD hardware, while T-Rex Miner is limited to Nvidia graphics cards.

Read More: Own a gaming PC? Here’s how to mine Ethereum for some passive income