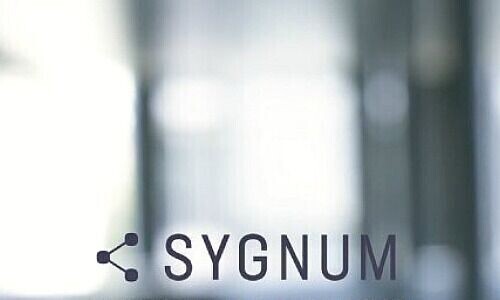 Sygnum raised $90 million from a group of new as well as existing investors. It plans to use this to push into a new area of digital assets.

Zurich-based Sygnum raised $90 million in a funding round led by Sun Hung Kai, an alternative investor based in Hong Kong, it said in a statement on Thursday. The Swiss bank continues to be controlled by its founders Mathias Imbach and Manuel Krieger, as well as board, management, and employees.

Other significant investors include Meta Investments, Animoca Brands, Wemade, and existing backer SBI Holdings. Sygnum plans to use the proceeds to develop an Web 3.0 offering for institutions, expand into new markets, and create and distribute its products with new strategic investors.

The company, which along with Seba won a banking license in Switzerland in 2019, said this funding gives it a valuation of roughly $800 million, and that it had hiked revenue last year tenfold. Sygnum said it now administers more than $2 billion on behalf of nearly 1,000 clients.