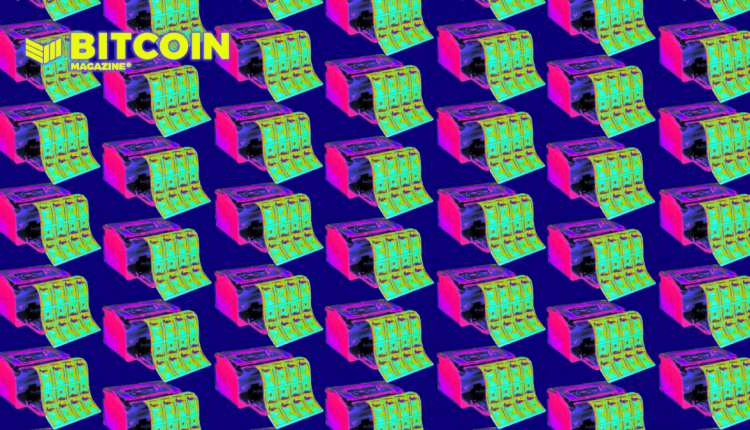 Who Is Running The Ultimate Ponzi Scheme, And How Do We Stop It?

The Ponzi scheme is a simple concept.

“A Ponzi scheme is an investment fraud that pays existing investors with funds collected from new investors. Ponzi scheme organizers often promise to invest your money and generate high returns with little or no risk. But in many Ponzi schemes, the fraudsters do not invest the money. Instead, they use it to pay those who invested earlier and may keep some for themselves.

“With little or no legitimate earnings, Ponzi schemes require a constant flow of new money to survive. When it becomes hard to recruit new investors, or when large numbers of existing investors cash out, these schemes tend to collapse.”

If we replace investors with lenders, we can look at a similar type of Ponzi. Let’s look at an example: Let’s say Acme Corp takes out a $1 million loan for one year against their $10 million in assets. They spend that $1 million, but they still need to pay back the bank $1 million plus 5% interest. So, Acme takes out another loan for $2 million plus, pays back the first loan, and keeps another $1 million to spend in the second year. In the third year, Acme owes that $2 million plus with interest, so they take out $3 million, plus enough to cover last year’s loan payment, with $1 million to spend in the third year.

As long as a lender is still willing to lend to Acme, this can technically go on as long as Acme’s interest rate is lower than the growth rate of their assets. Acme can even use borrowed money to buy more assets, further fueling this machine.

As you can see from the chart, the downside is that each time Acme takes out a new loan, their total debt load grows and approaches the total value of their assets. If Acme’s debt load ever exceeds the value of Acme’s assets, Acme’s creditors will demand their money back and Acme’s value — their entire existence and all investments in them — will go to zero overnight. This could happen because of interest rates rising or asset values falling, even if the latter is over a short time during some calamity.

For Acme’s infinite money machine to keep operating steadily, the interest rate on loans must be lower than the growth rate of assets. If this continues, old debts can be paid with new loans. All the while, however, Acme faces risk from a downturn. If asset values go below Acme’s debt burden, creditors will come calling — and Acme better have a pretty good explanation to keep creditors from pulling out and leaving Acme penniless.

The longer Acme is able to run the infinite money machine, the higher the nominal value of Acme and its assets goes, and the harder they and their investors fall when a sudden drawdown triggers a margin call from creditors. For a real world example, see one of China’s biggest companies, Evergrande:

From the article in the Financial Times: “‘There is no way we can repay so many creditors with our limited resources,’ said an Evergrande executive, who asked not to be identified. ‘We will let judges decide who gets paid and how much.’”

Seems like a dangerous game to play, but Acme is just one company. Can we look at this type of Ponzi behavior across an entire economy?

The Acme example illustrates how the infinite money machine Ponzi works and gives us a way to spot it from the outside: debt-to-asset ratios.

If the world were one company, gross domestic product (GDP) would be similar to the “assets” of that company — the sum of all its capital and productive activities. Thanks to the International Monetary Fund (IMF), we can check on the state of our global debt-to-GDP ratio.

Just like Acme, the debt-to-GDP ratio is high around the world — sometimes even above 100%! This means the entire global economy is exposed to massive systemic risk, and the situation is only getting worse.

Why are we seeing systemic risk increasing, and what can we do about it?

To answer these questions, we need to start with interest rates.

An interest rate can be thought of as the time value of money — the amount a borrower pays to borrow money for a set period of time. This is similar to any other rental service, like a car rental; the total loaned amount is the car, and the interest rate is a way to express the amount you pay to rent the car. Just like any other good or service, the competition of service providers over customers and repeated transactions may lead to a “market price” for a loan, just like prices for similar services across different car rental companies tend to converge.

In our modern economy, however, we have endowed interest rates with a divine status, allowing central bankers to set these rates instead of participants in a free market. Central banks like the Federal Reserve change rates using their monopoly on the creation and destruction of reserve money, which they use to buy and sell assets within the commercial banking system. These actions are convoluted, but their stated intent is to influence all other interest rates in the economy to move up or down.

What are they doing with this lever? Lowering interest rates steadily.

What’s going on with assets?

Asset values, on paper, are skyrocketing. Looks fantastic, until you consider that this means lots of room for infinite money machine Ponzis and the systemic risk that comes with them.

The story behind asset values reveals the root of this meteoric rise. As central bankers and governments work together to lower interest rates and make credit more available, they are incentivizing savers to move their savings out of low-risk assets — like savings accounts — and into higher risk assets — like stocks of companies.

Over time, this makes the S&P 500 and similar indices into the new savings accounts. Younger generations know this, and as a result, we see record-high participation in the stock market through apps like Robinhood. Passive investing strategies — like ETFs — see record popularity as well.

Savers who buy a company stock today are widening the divide between interest rates and asset value growth for that company, making it easier for them to start and sustain an infinite money machine. If we look at the whole American economy, we can see how interest rates and asset values are diverging, opening the opportunity for individuals and businesses to infinitely borrow against their assets.

So interest rates are held low, and as a result, asset values are pushed higher, solving two of the three pieces of our infinite money machine. However, volatility still represents a strong check on the infinite money machine, given that a sufficient drawdown can end the whole ruse in an instant. How come the party isn’t over yet?

When downturns arrive, central banks and governments work together to use government debt and newly printed cash to keep asset values afloat. “Ensuring solvency” of a bank, for instance, means keeping its debt burden from exceeding its asset value — keeping its infinite money machine in operation.

Banks are often the first beneficiaries of government bailouts but not the last. With each crisis, central banks and governments are injecting more money even further across the economy.

So, low interest rates drive high growth in asset prices, widening the fertile ground on which infinite money machine Ponzis grow and develop. Downturns usually cut these Ponzis down, yet we see governments stepping in to bail them out with yet more credit. This, in turn, feeds asset prices, and on and on the cycle goes.

Can we ask our elected officials to simply stop pushing down interest rates, bailing out those who took on too much debt, and instead let downturns run their course?

If central banks and governments stopped making credit easier and easier to get through lower interest rates and debt monetization, we could put an end to this Ponzi scheme behavior and get back to an economy where we sell useful goods and services to each other.

Central banks and governments cannot stop taking on debt and printing money, because our currencies themselves are a key part of a massive infinite money machine Ponzi.

The source of this infinite money machine is central banking. A corporation or…

How to buy Cryptocurrencies in Nigeria in 2022