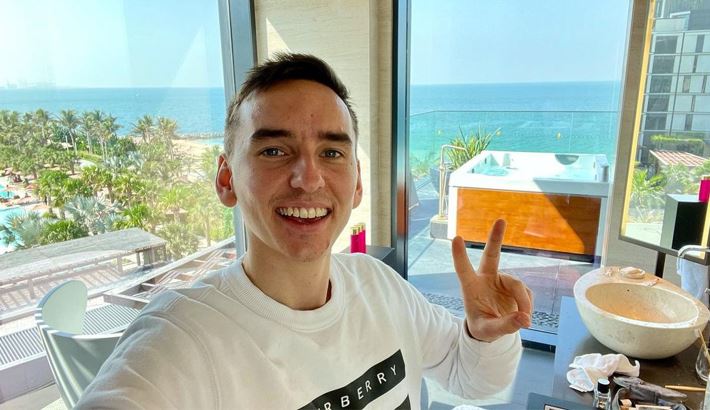 Carl Runefelt is a Swedish crypto content creator with a net worth of $5 million. The former store cashier has been able to make a name for himself in the cryptocurrency space. He started to take crypto seriously towards the end of 2018. Runefelt posted his first video on YouTube around December 2017 and now has over 550,000 subscribers with 70 million views.

Just four years ago, his life didn’t seem all that interesting. He dropped out of school very early due to his inability to concentrate (he suffered from ADD). With his academic route hindered, his days were spent working at the grocery store and watching YouTube videos.

Soon after, he realized that he should stop following such an unproductive routine and if he wanted success, he had to work for it. Motivation and daydreaming drove him to research the cryptocurrency world. It didn’t take long until it became his number one priority and his goal shifted from following a musical career to becoming a renowned crypto entrepreneur (and he did just that.)

Carl relates how he has been a firm believer in the Law of Attraction and how he would often imagine achieving success at the supermarket he worked in, purchasing yachts online, and driving Ferraris. He believed that blockchain technology would not only change his own life but also change the entire world with Bitcoin being the world’s reserve currency. Other big players in the financial world, such as Peter Schiff, would not share Carl’s optimism.

In his own words, he did not choose Bitcoin but, rather, Bitcoin chose him. By November 2018, he quit his job and focused on learning. Later he moved on to educating people, insisting that the financial system is broken and people need to escape from it.

He went on to found MEM Lifestyle Coaching LLC and is often featured as a speaker in conferences. He currently lives in Dubai, which has provided him a great opportunity to broaden his horizons. His YouTube channel has grown exponentially, becoming one of the largest crypto channels and receives roughly 40,000 views per video. He also collaborates with well-known influencers such as Bitboy Crypto, Davinci Jeremie, and Christopher Jaszczynski (MMCrypto).

Carl is also Co-Founder and CMO of Kasta, a cryptocurrency project aimed at promoting widespread crypto adoption as a medium of exchange through a simple application. They claim it will help people send and receive crypto instantaneously and with no fees. Built on the Polygon ecosystem, Kasta is advertised as having a highly-decentralized focus. Kasta launched on January 5th 2022 at $1.49 and sold off heavily during the first few days. People on Twitter have claimed the founders have dumped their tokens early onto other investors. Currently the token trades around $0.70 and it will be interesting to see how it develops.

According to a tweet posted on September 12, 2021, (@TheMoonCarl), Carl disclosed his net worth, consists of one McLaren 650s, one Mercedes Maybach, some clothes, Bitcoin, and other cryptocurrencies. 99% of his wealth is in crypto which means his personal fortune fluctuates widely with the market.