Big Tech stocks will benefit from metaverse and crypto but Apple least likely to grow, 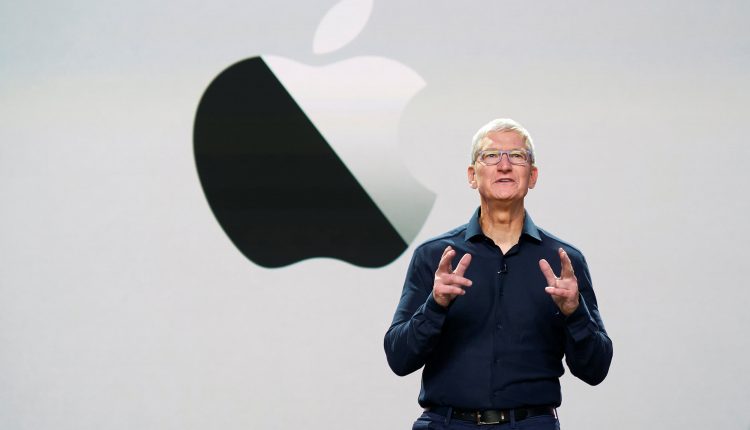 Large U.S. tech stocks will shrug off inflation and keep on rising this year thanks to several emerging technologies, according to Cyrus Mewawalla, head of thematic research at data analytics and consultancy firm GlobalData.

Tech firms will benefit from the metaverse, Web 3.0, cryptocurrencies and quantum computing if they operate in those areas, Mewawalla told CNBC’s “Street Signs Europe” Monday.

“If you’re in that space, you’re going to benefit almost regardless of macroeconomic issues,” he said.

On Monday, the tech-heavy Nasdaq 100 dropped nearly 1%. The S&P 500 and the Nasdaq Composite are coming off four straight days of losses. The rough start to the year for stocks has come as interest rates have spiked.

Big Tech firms are investing billions into new technologies that have the potential to fundamentally change the way we live and work.

At the end of last year, Facebook changed its name to Meta to reflect its focus on the so-called metaverse: a virtual world where humans would interact with one another through digital avatars that can be controlled through virtual reality headsets like Oculus. Elsewhere, firms like Google and Microsoft have also developed VR headsets, while Apple is rumored to be working on one.

Several of the tech giants are researching commercial applications for quantum computers, while Meta is planning to launch a cryptocurrency called Diem. So far, most of them have remained quiet on Web 3.0, which is being hailed as the next version of the internet.

Last week, Apple saw its valuation rise to more than $3 trillion, making it the most valuable U.S. stock ever and the biggest tech company in the world by some margin. But the iPhone maker’s share price may not grow as much as some of the other Big Tech firms this year, according to Mewawalla.

“Apple is probably the least likely to grow from here in terms of maintaining its valuation,” he said. “It’s got a very, very strong ecosystem with very strong execution. So I see very little downside risk. But the upside potential I see more in other big tech stocks.”

Asked if there are going to be more surprises to the upside this year with Apple, Mewawalla said CEO Tim Cook has been “absolutely phenomenal” over the last 10 years, taking its market cap from around $350 billion to $3 trillion.

“But in that time, there’s been almost no innovation apart from possibly the Apple Watch, whose operating system operating system is an extension really of iOS,” he said. “The Apple TV was a bit of a flop in terms of there wasn’t a real new big blockbuster product. Now there’s talk of new blockbuster products like an electric car. It may be an autonomous car. Smart glasses, something to do with the metaverse perhaps. But until we see more evidence of that, and of course Apple is notoriously secretive, it’s very hard to say.”

Meanwhile, Amazon and Google-parent Alphabet are the most exposed in terms of regulation, Mewawalla said, adding that they face a wide range of issues including data, privacy, antitrust and copyright. That said, he doesn’t see anything “major” happening in the near term.

On acquisitions, Mewawalla said they will become “highly restricted” in the future, adding that the U.K. and other countries are introducing new M&A laws to prevent companies from becoming too big and powerful.

In just a week, my Bitcoin ‘investment’ plummeted by almost 14% | ZDNet