Tesla Owner Says He Makes $800 A Month Using His Model 3 To Mine Bitcoin, Ethereum | 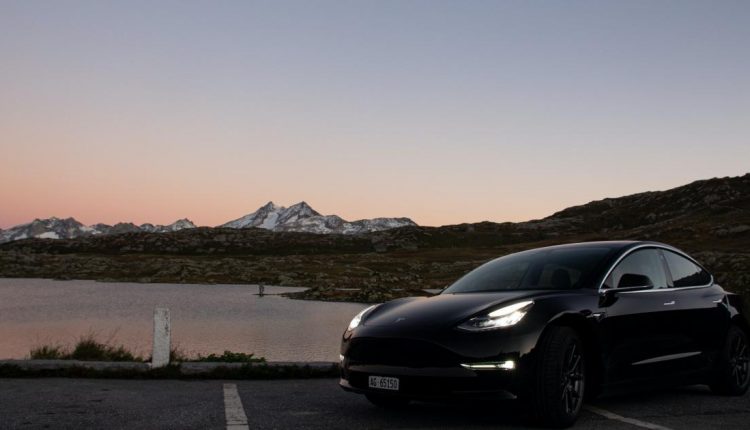 A man says he is using a Tesla Inc (NASDAQ:TSLA) vehicle to mine for Bitcoin (CRYPTO: BTC) and other cryptocurrencies and generating up to $800 a month.

What Happened: Siraj Raval of San Francisco has tried a myriad of ways to mine cryptocurrencies using his 2018 Tesla Model 3, reported CNBC.

The methods that Raval has reportedly tried include hooking up a Mac mini M1 computer from Apple Inc (NASDAQ:AAPL) to the 12-volt power socket of his car to hooking up connected graphic processing units (GPUs) to the “frunk” of the Tesla.

Raval was not the only one reported to be mining with his Tesla, Youtuber and car dealer Chris Allessi has also tried to transform his Tesla into a mining rig using various approaches.

One of the ways Allessi mined Bitcoin was by plugging a Bitmain Antminer S9 computer directly into the car’s battery with the aid of an inverter, according to the report.

Raval said the most profitable technique involves hacking into Tesla’s internal computer in addition to plugging the GPUs directly into the vehicle’s electric motor.

“It’s a computer with wheels…It’s so simple to hack into this computer car,” said Raval.

Why It Matters: Tesla CEO Elon Musk often tweets about cryptocurrencies and is a well-known aficionado of the joke cryptocurrency Dogecoin (CRYPTO: DOGE).

Raval said through 2021 he made $400 to $800 a month, mining cryptocurrency using his car. He said that he was making $800 a month when the price of ETH peaked last year, according to CNBC.

“The best estimate I would have for the hashrate for the GPU in the Model 3 would be around 7-10 MH/s. Currently, at 10 MH/s, that would generate revenue of about $13.38 worth of ether, before any expenses,” Sohmers said, as per CNBC.

Allessi told CNBC that he has given up on mining with the car.

“The difficulty is so high…I could make more money working at McDonald’s.”

Notably, Allessi purchased his vehicle before January 2017 and benefitted from a scheme that gives him free and unlimited supercharging for the life of his vehicle. In 2018, he estimated he would make $10 through Bitcoin mining over a 60-hour window, reported CNBC.

Raval said he sees potential for cryptocurrency mining via vehicles as and when Robotaxis take to the roads. He said that such automobiles could pay for their own expenses like repairs, electricity costs, and upgrades through mining.

Read Next: Tesla Semis Could Be Delivered To PepsiCo In Late January

Read More: Tesla Owner Says He Makes $800 A Month Using His Model 3 To Mine Bitcoin, Ethereum |