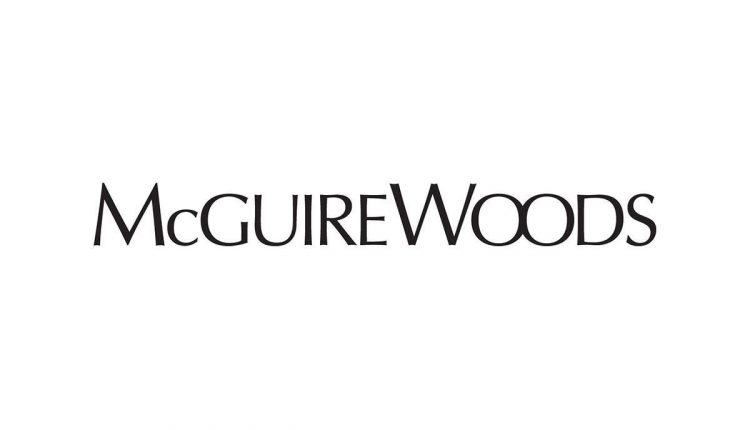 Throughout 2021, the SEC followed through on its commitment to aggressively enforce the federal securities laws to digital assets markets.[1] These efforts have resulted in the SEC sharpening its focus on cryptocurrency exchanges and lending products.

In August of 2021, Chair Gensler made some his first public statements on cryptocurrency as SEC Chair while speaking on a panel at the Aspen Security Forum. At the Forum, Chair Gensler noted that the digital assets market had become “rife with fraud, scams and abuse in certain applications” and cautioned that the SEC would “continue to take our authorities as far as they go.”[2] On September 14, during his testimony before the Senate Committee on Banking, Housing, and Urban Affairs, Chair Gensler discussed his views on digital assets.[3] Though he described himself as “technology neutral,” he highlighted a lack of investor protection, likening the space to “the Wild West or the old world of ‘buyer beware’ that existed before the securities laws were enacted.”[4]

A Brief History of SEC Activity in Cryptocurrency

From the infancy of cryptocurrency, the question has been whether digital assets are securities.  The SEC brought its first cryptocurrency enforcement action in 2013, when it filed SEC v. Shavers, Case No. 4:13-CV-416 (E.D. Tex. Aug. 6, 2013), against an individual and a business for running an alleged Ponzi scheme involving Bitcoin. The SEC charged the defendants with offering and selling unregistered securities and with securities fraud. The defendants in Shavers challenged the court’s jurisdiction, arguing that the investments did not satisfy the legal definition of a security under the Howey test.[6] Generally, Howey defines investment contracts as any contract, transaction, or scheme involving: (1) an investment of money, (2) in a common enterprise, (3) with the expectation that profits will be derived from the efforts of others. The defendants in Shaver argued there had been no investment of money, only investments in Bitcoin which, they argued, were not money. The court disagreed and concluded that Bitcoin was a currency, or a form of money, because it could be used to purchase goods or services and could be exchanged for “conventional currencies” such as the U.S. dollar.[7] The court agreed with the SEC, finding that the defendants sold fraudulent and unregistered securities. Thus began the SEC’s application of the Howey test to digital assets.

The popularity of cryptocurrency grew, culminating in an explosion of Initial Coin Offerings (“ICOs”) in 2017 and 2018.[8] ICOs offered fewer investor protections than traditional securities, and most ICO projects never delivered viable products.[9] Then-SEC Chairman Jay Clayton warned investors of the lack of protections and that none of the ICOs had been registered with the SEC, even though many, if not most, appeared to implicate securities laws.[10]  In the years that followed, the SEC initiated dozens of enforcement actions against unregistered ICOs,[11] as well as fraudulent schemes involving cryptocurrencies.

In an effort to provide guidance to the cryptocurrency market, in July 2017, the SEC issued the DAO Report, an investigative report addressing whether the DAO violated federal securities laws.[12] The Report warned industry and market participants that the U.S. securities laws apply “to various activities, including distributed ledger technology, depending on the particular facts and circumstances, without regard to the form of the organization or technology used to effectuate a particular offer or sale.”[13] The SEC laid out its analysis of how Howey applied to the “particular facts and circumstances of the offer and sale of DAO Tokens” and concluded that they were securities.  In the wake of the DAO Report, many cryptocurrency market participants have complained that the test is unclear, given its fact-based approach. Despite that, the SEC has been consistent in its application to digital assets.

In April of 2019, however, the SEC identified a digital asset that was not a security for the first time. The Division of Corporation Finance issued a no action letter advising that it would not recommend enforcement action of a specific proposed business to offer and sell blockchain-based tokenized jet cards.  Notably, one of the features of the TurnKey Jet token was that none of the funds from token sales would be used to develop the TurnKey Jet platform. The SEC analyzed the details of the Turnkey Jet token program which were developed to facilitate the sale of air charter services and concluded under the specific facts and circumstances, CorpFin would not recommend enforcement because the digital asset was not a security.[15]

Reflecting the SEC’s commitment to regulating digital assets, in October 2018, the SEC created its Strategic Hub for Innovation and Financial Technology, known as FinHub, to coordinate the SEC’s oversight and response regarding emerging technologies in financial, regulatory, and supervisory systems, including on issues relating to ledger technology and digital assets. FinHub serves as a liaison to the digital assets markets and to other domestic and international regulators regarding emerging issues and as a portal for the fintech industry and public to directly engage with SEC staff.  In December 2020, the SEC elevated the importance of FinHub, announcing that it would become a standalone office, reporting directly to the SEC Chair.

In December 2020, in potentially game changing litigation, the SEC filed a civil injunctive action against Ripple Labs Inc. and two of its executives, alleging that they engaged in an unregistered securities offering through the sale of the digital asset XRP. SEC v. Ripple Labs, Inc., Case No. 1:20-cv-10832 (S.D.N.Y., Dec. 22, 2020). Ripple Labs has decided to litigate the question of whether its digital asset is subject to the securities laws. The resolution of this threshold issue will undoubtedly impact the SEC’s enforcement program and its ability to regulate digital assets.

Against this backdrop, enforcement developments in 2021 show that the SEC is shifting its attention to crypto exchanges and lending products (though it continues to bring actions involving specific digital asset securities). Given that Chair Gensler has often repeated former Chair Jay Clayton’s remarks that almost all cryptocurrencies are securities, the SEC’s expansion in this manner is not unexpected.

In September 2021, the SEC filed In the Matter of Poloniex,[16] a settled enforcement action in which the SEC alleged that Poloniex’s digital assets trading platform constituted an “exchange” under Section 3(a)(1) of the Exchange Act.  Section 3(a)(1) defines an exchange as “any organization, association or group of persons . . . which constitutes, maintains, or provides a marketplace or facilities for bringing together purchasers and sellers of securities or for otherwise performing with respect to securities the functions commonly performed by a stock exchange . . .” A key element of the SEC’s case was its allegation that the cryptocurrencies offered and sold on the Poloniex exchange were securities. As an exchange that offered and sold digital asset securities, Poloniex was required to register with the SEC pursuant to Section 5 of the Securities Act or operate under one of the exceptions to Section 5.

In May of 2021, the SEC filed an enforcement action against several promoters of Bitconnect’s Lending Program, a program that offered investors the opportunity to engage in a series of transactions that would provide daily interest payments. SEC v. Brown et al., Case No. 1-21-cv-04791 (S.D.N.Y. May 28, 2021). The SEC charged the promoters with offering and selling unregistered securities, alleging that the lending product offered by BitConnect constituted a security.[17] It also charged the promoter with violating the broker-dealer registration provisions of the securities laws because they were not licensed to sell securities.

In August of 2021, the SEC brought its first case involving Decentralized Finance (“DeFi”).[18] The SEC charged Blockchain Credit Partners and several individuals with securities fraud, involving the offer and sale of two digital tokens – one of which was a governance token, and the other of which paid interest.[19] Not only did the SEC allege that the digital assets were securities under the Howey test, but the SEC alleged that the digital token that paid interest also constituted a note pursuant to the “family resemblance” test set out in Reves v. Ernst & Young, 494 U.S. at 64-66.  Reves applies…

Crypto has a contagion problem, and it’s not over yet | Invezz