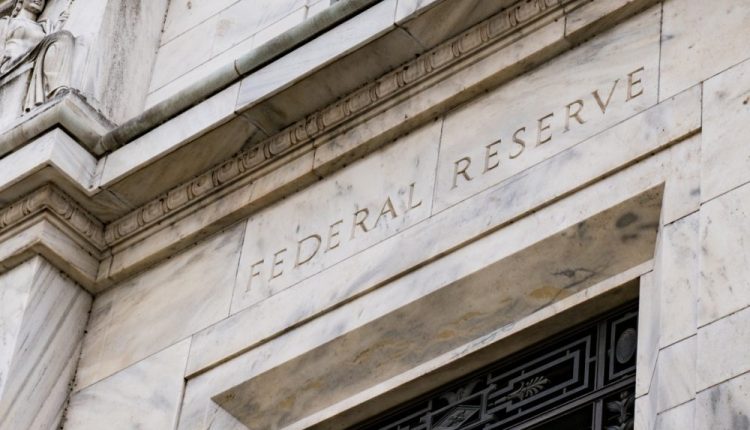 SEC chair urges ‘one rule book’ for crypto to avoid…

Federal Reserve Chairman Jerome Powell said the long-awaited digital currency report will be out “in the coming weeks.”

It’s a promise that Powell has made before. Due to be released last summer, Powell on Sept. 22 said the report — which is expected to delve deeply into the Fed’s thinking on central bank digital currencies, or CBDCs — would out “soon.”

On Nov. 30, he said the Fed delayed the report because it is “trying to get it right” but promised in would be out in “coming weeks.”

Speaking at the Senate confirmation hearing for his reappointment today, Powell said that “the report really is ready to go, and I would expect we will drop it — I hate to say it again — in the coming weeks.”

Then he said, “We didn’t get it quite to where we needed to get it, but it’s effectively there now.”

That sure sounds a lot like “trying to get it right.”

Nonetheless, he reiterated, “Within weeks, we will be publishing it.”

So, maybe don’t hold your breath about learning where the Fed comes down on the creation of a digital dollar.

Powell’s next line was: “And by the way, it’s more going to be an exercise in asking questions and seeking input from the public rather than taking a lot of positions on various issues, although we do take some positions.”

The U.S. has been lagging behind other large economies in turning towards a digital dollar. Farthest ahead is China, which is expected to launch its heavily tested digital yuan before the start of the Beijing Winter Olympics on Feb. 4. India is also pursuing one, and the EU, while not committed, has been doing a lot of testing and research at a high level.

A year ago, Powell called the digital dollar project “a high priority” that the Fed is looking at “very carefully” in his biannual report to the Senate Banking Committee on Feb. 24. “It’s far more important to do it right rather than to do it fast or feel that we need to rush to reach conclusions because other countries are moving ahead,” Powell said in his report.

The next day, he told the House Financial Services Committee that 2021 was “going to be the year that we engage with the public pretty actively.”

Which, again, sounds a whole lot like what he said today.

At the end of the year, Powell sounded pretty well-set against a U.S. CBDC, saying “it is not yet clear what additional value a general purpose CBDC could provide in the U.S.”

While admitting that a CBDC might lead to “safer, less expensive, faster, or otherwise more efficient payments,” Powell in November said it just wasn’t needed.

“The U.S. payments landscape is highly innovative and competitive, with many fast, reliable digital options available for consumers,” he said, adding that the problems CBDCs solve apply more to developing nations with slow and unreliable payments infrastructure and a large unbanked population.

The Fed’s report is also expected to delve into stablecoins, which have been the source of much drama and political infighting lately, with Sen. Elizabeth Warren, D-Mass., speaking in favor of an outright ban in a December Senate Bank Committee hearing on the topic.

While there has been growing support for stablecoins — cryptocurrencies backed one-to-one by dollars to maintain an even peg — particularly from the other side of the aisle, Powell was cautiously positive.

At a Dec. 15 press conference, Powell said, “stablecoins can certainly be a useful, efficient consumer-serving part of the financial system if they’re properly regulated,” said Powell. “Right now, they aren’t.”

Referring to Facebook’s Libra/Diem stablecoin proposal, Powell said he was concerned about scaling by its association with a major tech network because it could create “a payment network that was immediately systemically important that didn’t have appropriate regulation and protections.”

In July, he conceded that one benefit of a U.S. CBDC is that with a digital dollar “you wouldn’t need Stablecoins.”

On the other hand, on Tuesday (Jan. 11) Sen. Pat Toomey, R-Penn., asked Powell pointedly if there is anything “that ought to preclude well-regulated, privately-issued stablecoins from coexisting with a central bank digital dollar?”

Powell replied there was not.

Overall, reading the (admittedly vague) tea leaves of Powell’s comments today, it sounds like the Fed is going to kick the can further down the road. Having held back the CBDC discussion for a year, Powell can still open it up to public debate, which could easily also take another year.

If you think about it, that comes down to a fairly clear “not yet.”

And that’s something Powell said in April: “It’s far more important to do it right rather than to do it fast or feel that we need to rush to reach conclusions because other countries are moving ahead.”