Illuvium guide: How to get started in the play-to-earn crypto game 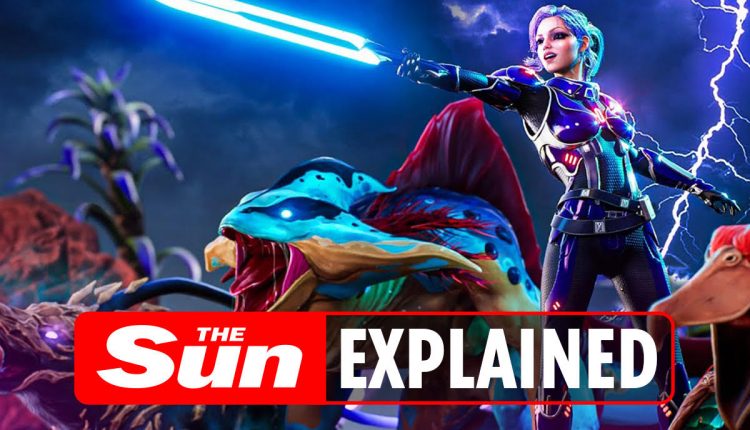 ILLUVIUM is the new role-playing game that merges the worlds of gaming and cryptocurrency.

The cryptocurrency game is scheduled for release in 2022. Here’s everything we know about the Ethereum adventure game:

Illuvium is a decentralised game studio that combines the worlds of gaming and cryptocurrency.

It’s an open-world RPG adventure game based on the Ethereum blockchain where you mine, harvest, capture, and fight NFT’s (non-fungible tokens) called Illuvial’s.

The creatures, known as Illuvials, can be captured by players in battle and nursed back to health, where they become a loyal part of the player’s collection for future battles.

Players can spend their time exploring the expanses of the game world or building up their team of powerful beasts.

Illuvium has been in development since 2020, and has been created by brother co-founders; entrepreneur and early cryptocurrency adopter Kieran Warwick, and experienced game designer Aaron Warwick.

The ILV (Illuvium) token is used as in-game rewards and entitles players to their share of the Illuvium Vault.

The token is also used for participating in the governance of the game via the Illuvium decentralized autonomous organization (DAO).

It’s expected to be released in the first few months of 2022.

How does Illuvium work?

Illuvium has blockchain-based elements but is a complete, RPG video game in its own right.

Players access it through a downloadable desktop app, and it uses a range of supporting Defi applications including a yield farm and decentralized exchange.

Players roam the game battling other players and NFTs, and collect Illuviums as they go.

You can participate in quests and daily challenges, and in their communal storyline.

How to earn money in Illuvium

The game will feature a variety of revenue streams derived from in-game purchases of items, crafting components, cosmetics and shard curing.

100% of this revenue is distributed as rewards to those who are seeking out the ILV token elements to the game (called staking) and through the ILV buyback system.

Each NFT (Illuvial) can also be freely traded on external exchange platforms.

How to play Illuvium

To start playing Illuvium, you need to register and create an account on illuvium.io using your email address and a password.

Afterwards, the game can be downloaded as a desktop app.

You can choose between free-to-play mode or different premium subscriptions and more information on this will be released closer to the game’s debut.

Customise your character and select your Polymorphic Subordinate Drone.

Once you and your sidekick are ready, you can then head out to explore the various regions of the world.

To start playing and collecting NFTs, you will need to catch an Illuvial by challenging it to a battle and winning.

You can find the NFTs roaming around the open world, and some are rarer than others.

There are more than 100 Illuvials to find and collect throughout the world, each possessing unique abilities.

Some Illuvials can be shiny, gold, or holographic, depending on their rarity.

Once you have won one, you will need to contain it in a shard and your Illuvial will start to recover its health if it is injured.

For players just starting out, you will be able to mine free shards that are only capable of capturing a select few Illuvials that are far less powerful than some.

You can get started in the game without any expense and learn the mechanics.

Over time, players can unlock Obelisks to travel to new regions that come with new Illuvials to battle.

Illuvials form symbiotic relationships with one another based on common affinities or classes, called Synergies.

They are stronger when working together in the Battle Arena against other players so players can make their team stronger by collecting matching, or synergising, pairs.

The players who choose to battle will be set up in a queue in the Ranked Arena where they can be matched with a random opponent of similar skill.

They can also call out other players in ad-hoc wagered matches in the Leviathan Arena, where other players will be able to spectate and wager on the outcomes.

Players can begin their cryptocurrency investing through the Illuvium exchange.

The Illuvium exchange is an online marketplace, governed by the Illuvium DAO, for players to buy and sell all in-game NFTs.

The major component of the IlluviDEX is the trading of Illuvials, but all NFTs found in the game can be traded there.

The rarer the Illuvial, the more they will trade for on the exchange.

Read More: Illuvium guide: How to get started in the play-to-earn crypto game

Changes could be coming soon for some laws, ordinances after Greenville City Council

Over Half of Crypto-Natives Would Rather Get Paid Their Salary in Cryptocurrency,