Make a killing on NFTs and crypto? The IRS may tax them differently 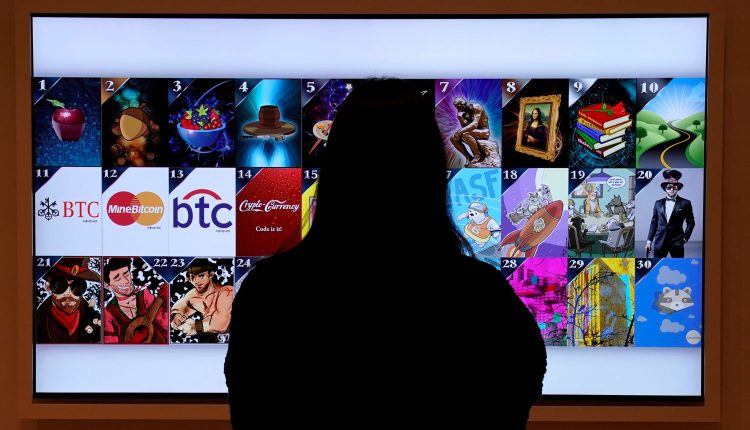 In the digital realm, all taxes aren’t necessarily equal.

Amid a cryptocurrency and non-fungible token (NFT) boom, wealthy owners may pay a different tax rate on investment growth in such holdings.

Specifically, an investor who sells an NFT, such as digital art, may owe a top 31.8% federal tax rate on any earnings. By comparison, appreciation in bitcoin, ethereum and other digital coins is subject to a 23.8% top rate.

The IRS hasn’t explicitly said that NFTs are collectibles, leaving some room for interpretation. But many tax experts think they clearly belong in the same group as art, antiques, gems, metals, stamps and coins — which the IRS has labeled as tangible collectibles subject to the higher tax rate.

“I don’t see how it’s not a collectible,” said Jeffrey Levine, a St. Louis-based certified financial planner and accountant at Buckingham Wealth Partners, of NFTs.

NFTs are essentially one-of-a-kind digital assets, which can extend beyond art to things like tweets and GIFs.

The NFT market has grown quickly. Sales hit $6 billion in the third quarter of 2021, up from about $22 million the year before, according to NonFungible.com. In March, Christie’s became the first major action house to sell NFT-based virtual artwork; the piece sold for $69 million.

Is it a collectible? It’s not well settled yet because it’s still a brand-new area.

associate professor of accounting and tax at Brigham Young University

Similarly, a crypto craze has gripped investors of late. More than 10% of American adults own cryptocurrency, with almost two-thirds buying in over the past year, according to a 2021 CNBC survey.

Investors pay capital gains tax when they sell an asset. The levy is owed on any appreciation that accrued since purchase.

The IRS generally taxes long-term capital gains at a top 20% federal rate. Long-term gains apply to crypto and other assets owned more than a year.

Wealthier individuals also owe a 3.8% surtax on investment income, which kicks in at more than $200,000 of income for singles — for a total 23.8% federal tax rate on capital gains.

However, collectibles — which tend to be owned by the super-wealthy — are subject to a different tax regime.

Their long-term capital gains are taxed at a higher top federal rate, of 28%, and kick in at different income levels. The 3.8% surtax also applies.

So, a wealthy NFT owner could owe up to 31.8% in federal taxes on the appreciation.

“If you have artwork or a classic car, for example, you’re [likely] a super-high-net-worth individual, which is why the IRS has this special long-term capital-gains tax rate,” said Shehan Chandrasekera, an accountant and head of tax at CoinTracker.

How the tax works

Confusingly, different income thresholds apply to capital gains taxes for collectibles, according to Troy Lewis, an associate professor of accounting and tax at Brigham Young University.

For example, a single taxpayer in the 22% tax bracket — which applied to income between roughly $41,000 and $86,000 last year — would pay a 22% top rate on the long-term appreciation of collectibles.

Conversely, someone in the 37% bracket — which applies to income over about $524,000 — would see their collectible rate capped at 28%.

In both examples, the taxpayer would owe a higher tax rate on NFT appreciation than that of crypto.

Though prevailing thought among tax practitioners seems to be that NFTs are collectibles, the matter isn’t necessarily closed.

The IRS lists art and other “tangible personal property” as a collectible. NFTs likely fall under the “art” category, placing them in the collectible category; but NFTs are also intangible — placing them in a murky area of tax law.

“Is it a collectible?” Lewis said. “It’s not well settled yet because it’s still a brand-new area.”

Read More: Make a killing on NFTs and crypto? The IRS may tax them differently

Should You Sell Zcash (ZEC) Tuesday?