Bitcoin Mining Is Not What You Think, It’s Complicated 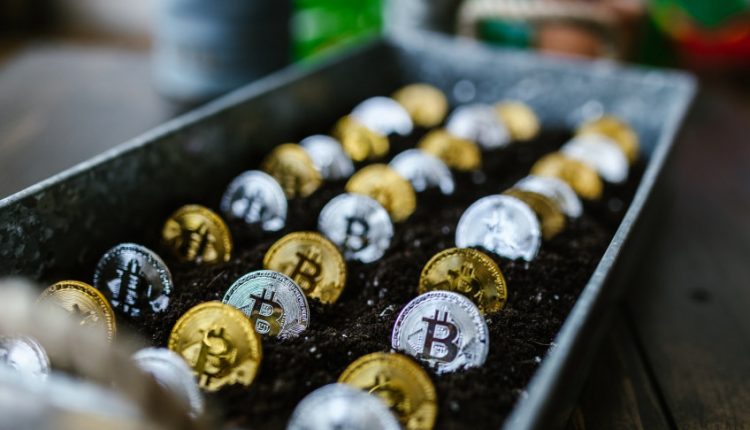 The total market valuation of bitcoin stands at around $1.03 trillion (the total crypto market is worth more than $3 trillion), the same as that of Tesla, which is at around $1.06 trillion. If bitcoin were a corporate entity, it would be the sixth-largest company in the world by market cap, just below Tesla and just above Meta, Nvidia, and Berkshire Hathaway. However, unlike Tesla’s electric cars, bitcoins are not created in a factory.

Instead, like gold is extracted from the land through mining, bitcoin is also mined, but from computers. The decentralized ledger on which cryptocurrencies are recorded and tracked, also known as blockchain, is also a decentralized system; therefore it plays an important role in strengthening the bitcoin network. Mining is essentially a way to encode and decode the blockchain.

Apart from its significance for the decentralized finance (DeFi) industry, bitcoin trading has also become a lucrative business opportunity for investors, while mining the coins is a huge source of carbon emissions.

What is bitcoin mining and how it works?

Bitcoin (BTC) is a decentralized cryptocurrency, which means that no government agency or financial organization (such as a bank, World Trade Organization, IMF, etc) owns the bitcoin network. Bitcoin miners use specialized computers to solve complex cryptographic problems which are used to verify and add transactions on the blockchain ledger.

Each block is made up of a number of pending transactions. Once a miner has solved a cryptographic problem, they announce it to the others in the network. The other miners then validate the solution. If enough miners give their approval, the block is added to the ledger (i.e., the tokens are bought or sold and have a new owner) and the miners move on to the next block. For every verified entry, a new block is introduced in the blockchain and the miner receives a certain amount of bitcoins as a reward.

The newly minted bitcoins also become a part of the already existing bitcoin database and this whole process is called bitcoin mining.

Miners are trying to be the first to come up with a 64-digit hexadecimal number called “hash.” This number encrypts the data from the block. The transactions that take place within a blockchain, such as buying and selling tokens, use the hash rather than data such as the person’s name and address. This is what provides secrecy and security to cryptocurrency buyers and sellers.

Each block contains a header made up of a version number, a timestamp, the hash used in the previous block, the Merkle Root (the hash of all the hashes from all the transactions in the block up to that point), the number the miners are solving for (called the ‘nonce,’ for ‘number used once’) and the target value for the hash.

In order to encrypt the data and complete a hash, the miner must find the nonce, which is a string of random numbers. To do this, miners use an algorithm to cycle through all the possible solutions until they find the correct one. The work involved in finding the nonce is called ‘proof of work’.

Once the nonce is found, it is added to the hashed contents of the previous block, and then rehashed. If the new hash is less than or equal to the target value in the header, then it is accepted as the solution; new Bitcoin is minted and given to the miner, and the block is added to the blockchain.

In order to earn the reward, the miner must be the first to present a hash that is less than or equal to the target hash. Because hashing involves performing a large number of functions very quickly, it requires a huge amount of computer processing power. The computers used for this are special high-powered mining computers called ‘rigs’ that can cost tens of thousands of dollars each, and use huge amounts of electricity.

In order to maximize their chances of being the first to find the target hash, miners combine their computing power in pools and then split the mining reward. Most mining is now down in pools, leading to concerns that mining is increasingly being monopolized by large pools.

As the obtained solution to the hash puzzle cannot be reverse-engineered, any verified block once introduced in the decentralized blockchain is completely secured and no one can further alter the information stored inside the block.

However, it is possible to double-spend a token by rewriting the blockchain. In order to do this, digital robbers would need to control at least 51 percent of the network’s puzzle-solving capacity. As mining pools have gotten larger, some may be moving closer to amassing the capacity to mount a 51 percent attack.

Why bitcoin mining is a tricky process?

Just like any physical commodity, bitcoin also has a limited supply. According to bitcoin’s rumored inventor Satoshi Nakamoto (who may be Australian computer scientist Craig Wright), only 21 million bitcoins can be mined in total and a recent report reveals that 90% of bitcoins have already been mined. The same report also suggests that though only 10% of bitcoins are left to mine now, bitcoin’s algorithms are designed in such a manner that the last bitcoin would only be released in the year 2140.

The current bitcoin incentive is also not fixed but halves every four years (every time after the addition of 210,000 blocks). In 2009, a miner used to earn 50 bitcoins for every verified transaction but in 2024, when the next halving event will take place, the incentive will get reduced to 3.125 BTC from the current 6.25 BTC.

However, despite the fall in incentives, the potential income from mining has improved exponentially because of the dramatic hike in bitcoin prices in the last couple of years. While in 2010, the price of 50 bitcoins was only $0.04, today, just one BTC is worth more than $35,000. If transaction fees are not considered, a $100 investment on Bitcoin’s debut day could have purchased 125,000 Bitcoin.

Interestingly, anyone with basic computer knowledge can become a Bitcoin miner, no coding knowledge or advanced computer skills are required. However, profitable bitcoin mining activities demand a powerful computer system that should be equipped with an application-based integrated circuit or graphic processing unit (GPU) so that it could meet the high processing requirements.

The miner should also have access to cheap, fast, and unlimited internet connectivity because, during the digital mining process, a miner is required to constantly upload and download several gigabytes of data. Another major requirement for bitcoin mining is a cost-effective energy supply. Crypto mining rigs (a computer system integrated with multiple GPUs) are run 24 hours a day and consume large amounts of power. For example, a mining rig with just three GPUs can intake more than one-kilowatt electric power on a daily basis.

Large bitcoin mining farms can have as many as thousands of GPUs. In August 2021, a new mining facility was built in Ekibastuz, Kazakhstan, which is believed to house 50,000 mining rigs when fully operational. This is also why many crypto miners were looking to shift their bases to other areas with cheap electricity and good power infrastructure after China banned crypto mining.

Impact of bitcoin mining on our environment

However, the large energy requirements associated with bitcoin mining also raise doubts about its impact on the environment. A study published in Columbia University’s Consilience journal highlights that bitcoin mining takes up 121.36 TeraWatt hours (TWh) of power annually which is more than the per year electricity consumption of countries like the UAE, Argentina, and Belgium.

The same study, reveals that 61% of the energy consumed in mining is generated using non-renewable resources like coal and natural gas, with most of the 39% of renewable power being produced from hydropower. Increased use of nonrenewable energy sources by large mining farms can adversely impact global efforts for reducing carbon footprint by drastically increasing carbon emissions. Whereas excessive use of hydropower can endanger aquatic life cause disturbance in the natural flow of rivers, and even affect water quality.

Greenidge has pledged to become 100% carbon neutral by…

Read More: Bitcoin Mining Is Not What You Think, It’s Complicated