Stocks Are Rising as Inflation Remains at 40-Year High 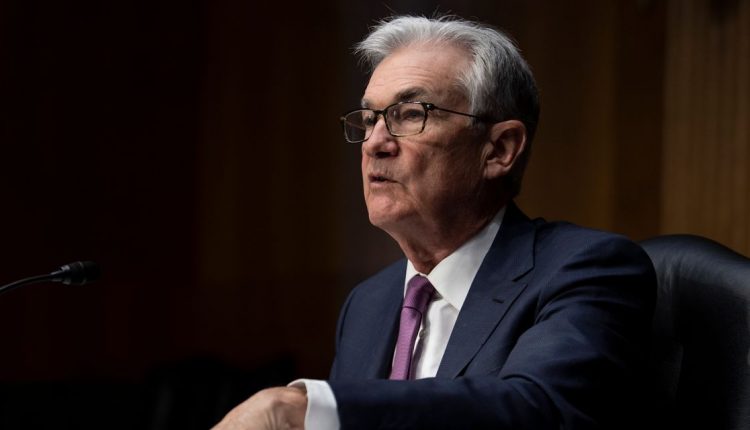 
Stocks were rising Wednesday after key U.S. inflation data, which showed the highest year-over-year rise in inflation in 40 years.


Dow Jones Industrial Average
futures were up 121 points, or 0.3%, while

Consumer prices rose 0.5% in December from a month earlier, and the year-over-year rate surged to 7%, the Labor Department reported.

“Repeated upside surprises in the inflation data have sent the year-on-year numbers up to multidecade highs, putting significant pressure on the Fed,” said Jim Reid, a strategist at Deutsche Bank. “Indeed if you look at the monthly headline CPI reading, seven of the last nine releases have come in above the consensus estimate.”

The market’s strength is a continuation of Tuesday’s rally, one that was spurred by Fed Chair Jerome Powell’s confidence in the U.S. economy even as the central bank would act to curb high inflation. His words came after recent concerns in the market about tighter monetary policy. Last week, signals suggested the Fed was heading for earlier, faster interest-rate increases—maybe three this year, with the first in March—and an eventual reduction of its balance sheet.

Helping the rally—especially in bond yield-sensitive tech stocks—was an easing-off among long-duration Treasury yields, which had spiked. The yield on the benchmark 10-year U.S. note came down from its Covid-19 pandemic-era high of 1.8% and was hovering below 1.74% Wednesday; it began 2022 around 1.53%.

“The more positive tone appears to have come about as a result of the inability of U.S. treasury yields to build on their recent gains, after Powell insisted that while the Fed was going to start the ball rolling on a normalization process, that it would be a long process from where we are now,” said Michael Hewson, an analyst at broker CMC Markets.


FTSE 100
rose 0.7%—capturing the highest levels seen since the Covid-19 crash of February 2020—while in Hong Kong the


Hang Seng Index
surged 2.8%. News that China’s total social financing had increased while inflation in the world’s second-largest economy had come in slower than expected helped buoy overseas markets, according to V22’s Dennis DeBusschere. “China total social financing has hooked up and a credit impulse will follow, which should support some China levered Industrials that lagged significantly last year. It keeps an upward bias to commodity price as well,” he explains.

In commodities, oil prices consolidated gains that came in tandem with Powell’s message Tuesday. Futures contracts for international oil benchmark Brent were nearing $84 a barrel, having begun the week at $81.50. U.S. futures for West Texas Intermediate crude rose to well above $81.

“Oil prices rocketed higher overnight as the Powell testimony removed the threat of early rate hikes, for now,” said Jeffrey Halley, an analyst at broker Oanda. This has allowed fundamentals to reassert themselves: constrained production among OPEC+ members—the group of oil-producing nations including Russia and Saudi Arabia—and optimism over the Omicron variant of coronavirus.

“This sets the scene for more gains in the week ahead, having traded sideways the past few sessions as equity markets have corrected lower,” Halley added.


Bitcoin
—the leading crypto—rose 2.5% over the last 24 hours, according to data from CoinDesk, trading just below $43,000. Smaller peer

Here are four stocks on the move Wednesday:

(ticker: DIDI) has gained 5.7% on reports that it could list in Hong Kong during the second quarter of 2022.

(BIIB) has slumped 8.7% after the CMS said only people enrolled in trials should receive its Alzheimer’s drug. Shares of

(DISH) has risen 5.3% after the New York Post reported that it is once again in talks about a merger with DirectTV. Years of such speculation have failed to result in a deal.

(PHG) dropped 14% in Amsterdam trading, with its U.S.-listed stock down 15% in the premarket. The dive follows the release of preliminary fourth-quarter sales showing revenue of approximately €4.9 billion ($5.6 billion), below expectations of €5.2 billion, largely due to supply-chain issues. Quarterly earnings are expected to also be lower than estimates.

Write to Jack Denton at jack.denton@dowjones.com

As Kazakhstan Descends into Chaos, Crypto Miners Are at a Loss