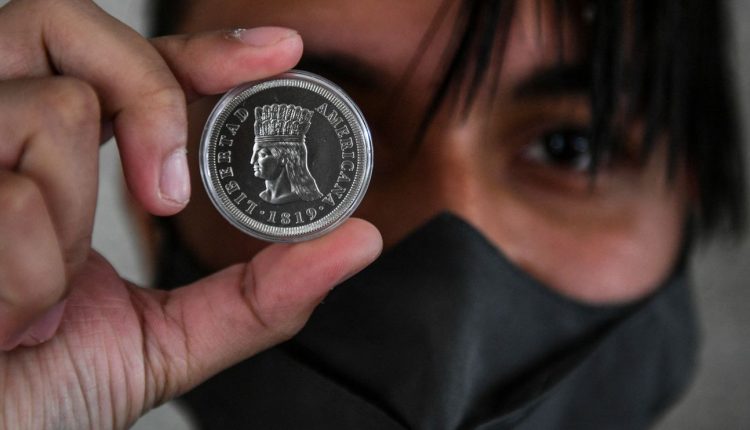 While investors continue to pour money into all things crypto, there’s another type of currency that appears to be gaining traction.

And this one is as “real” as money gets — as in rare coins.

By many accounts, the coin (or numismatic) market has seen tremendous growth since the start of the pandemic, both in terms of number of sales and in the prices for sought-after items. Indeed, in 2021, a 1933 Double Eagle gold U.S. coin, billed as the “holy grail of coins,” sold for $18.9 million at Sotheby’s, with the auction house saying the price nearly doubled the world-record mark for a coin.

David Tripp, a special coin consultant to Sotheby’s, told MarketWatch that the Double Eagle sale “seems to have acted as catalyst” for the industry.

“Since then, the prices realized for high-grade rarities…have been at highs never before seen, or even dreamed of,” he said.

Private dealers also report that business has been brisk. Brian Kendrella, president of Stack’s Bowers Galleries, one of the most prominent dealers in the U.S., says his sales surged by 100% in 2021. He also says his company has been behind some significant sales in recent years, including a $4 million-plus one for a 1913 Liberty Head U.S. nickel, another highly prized coin.

Kendrella said that interest in coins is coming from everywhere, be it new collectors or those “who have been dormant and are joining the market again.”

Mark Salzberg, chairman of Numismatic Guaranty Company (NGC), a grading service for coins, says there’s also been an unexpected twist of sorts in that those who have made fortunes from cryptocurrency are joining the coin bandwagon.

Overall, prices of key rare coins, as tracked by a popular industry index created by Professional Coin Grading Services (PCGS), have risen 16% since a year ago. Perhaps more noteworthy, the index has increased by 6,315% since its inception in 1970.

In a sense, the coin boom speaks to an overall boom in collectibles since the start of the pandemic — and it’s a trend that incorporates everything from baseball cards and comic books to Barbie and Cabbage Patch dolls.

Experts say interest in all these categories is being driven by the fact people have had more time during the pandemic to pursue their collecting interests — and in many cases, they have had more disposable income. At the same time, investors have been looking at tangible assets of late as an alternative to stocks and bonds — they are seen as more “real” in an often troublesome and unpredictable financial world, to say nothing of the fact they hold appeal as a hedge against inflation.

Why coins of all such assets? Those in the field point to the fact coins have several advantages, beginning with the fact they are a collectible many of us know from our childhood days seeking out older pennies or nickels as keepsakes.

“The numismatic field has long been popular,” said Kevin Foley, an executive with the NY International Numismatic Convention, an annual event that’s currently running in the city. In fact, the convention, which focuses heavily on foreign coins, is marking its 50th anniversary, itself proof of the field’s ongoing appeal.

Another key advantage coins offer is that they are often made from gold and silver — in effect, they are intrinsically tied to precious metals, the tangible assets that many people hold near and dear. Or put another way: The paper that goes into even the most valuable of comic books is worth nothing, but the gold or silver in coins always has a definable meld value.

Kendrella also points out that coins are a relatively fuss-free asset to store, especially in comparison to, say, collectible cars or fine wines. “You can keep them in a shoe box,” he said.

But what coins should you be collecting, especially if you’re thinking in terms of an investment strategy? Experts will note the numismatic market is a broad one, with collectors specializing in any one of several categories. U.S. coins remain the most popular, but there are also those who seek out foreign coins — Foley said Chinese coins have become popular of late — and also ancient coins. Newer issues, such as the gold and silver ones from the U.S. mint, hold appeal as well.

““If you buy world coins, you understand how civilization developed.””

Right now, most categories are seeing prices increase, experts note. But some also warn that, much as with the stock market, it’s hard to say if the growth will go on forever. Louis Golino, a veteran observer of the coin market, has pointed out that the ‘80s saw a surge followed by a bust. “Things did not end well,” he wrote in a story for CoinWeek, an industry publication. Golino also cited examples of once-hot coins that now “sell for a fraction” of their former prices.

Some suggest there’s a value to collecting coins that goes beyond any potential financial gain.

John Feigenbaum, publisher of Coin Dealer Newsletter, a well-known industry price guide, told MarketWatch that the hobby can teach us about history and culture, especially since so many prominent individuals — from presidents to poets — have appeared on coins.

“If you buy world coins, you understand how civilization developed,” he said.

Read More: Why so many people — even crypto fans — are buying rare coins: Prices are at ‘never

What works (and doesn’t) in an NFT-backed newsletter