Dogecoin price—how to buy DOGE and the cryptocurrency explained 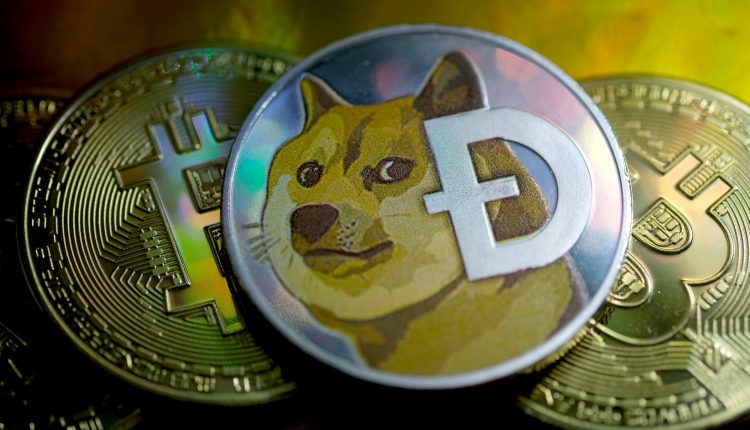 The price of Dogecoin—listed as DOGE on the cryptocurrency market—has increased after Tesla, the electric car maker, began accepting Dogecoin payments on Friday, January 14.

In a tweet on Friday, Elon Musk, the CEO of Tesla, tweeted: “Tesla merch buyable with Dogecoin.”

He initially made the announcement about Tesla’s plans to begin accepting Dogecoin and “see how it goes” in a tweet in December 2021, which also led to a sharp increase in the price of the cryptocurrency at the time.

At the time of reporting on January 14, the live Dogecoin price was reported to be at nearly $0.199461—marking a 16.05 percent increase in the last 24 hours—with a 24-hour trading volume of over $4,319,112,779, according to CoinMarketCap, which monitors the price of cryptocurrencies.

Dogecoin is currently the 11th largest cryptocurrency in the world based on market cap, which is the total market value of the circulating supply of a cryptocurrency, according to CoinMarketCap. “It is analogous to the free-float capitalization in the stock market,” the website explains.

Dogecoin is a digital currency that was launched as a joke cryptocurrency back in 2013. The meme cryptocurrency saw a resurgence following the recent GameStop stock buying frenzy, which was fueled by investments from users on the subreddit r/WallStreetBets.

The price of Dogecoin skyrocketed and hit record levels in 2021, rising by more than 800 percent at one point.

The Dogecoin price increased on a sharp incline from early April to early May before declining until around late July and mostly flattening out after then, according to data compiled by CoinMarketCap.

The cryptocurrency’s rise has been helped by buzz on social media in recent months, with nods from various public figures such as Musk and several celebrities.

How To Buy DOGE

But before diving into the Dogecoin market, it’s important to bear in mind that cryptocurrency trading comes with risks since they are not backed by a government.

The Federal Trade Commission (FTC) says: “Cryptocurrency accounts are not insured by a government like U.S. dollars deposited into a bank account. If you store cryptocurrency with a third-party company, and the company goes out of business or is hacked, the government has no obligation to step in and help get your money back.”

Cryptocurrency prices can also be more volatile. The FTC explains: “The value of a cryptocurrency can vary rapidly, even changing by the hour. It depends on many factors, including supply and demand.

“An investment that’s worth thousands of dollars today might be worth only hundreds tomorrow. And, if the value goes down, there’s no guarantee it will go up again.”

Customers should also be aware of other costs involved with cryptocurrency purchases, such as trading fees, wire transfer fees and others costs.

See the website of the cryptocurrency and stock exchange platform you use for more information before making any purchases.

Among the platforms that have been widely used to buy Dogecoin is Robinhood, the commission-free stock trading app.

The app, however, came under fire in late January 2021 for restricting users’ ability to purchase certain highly volatile stocks after users of r/WallStreetBets initiated a short squeeze on GameStop stock to raise its price.

Back in April 2021, Robinhood denied putting restrictions on Dogecoin trades after some users reported seeing pending message displays when trying to make the cryptocurrency trades.

In November 2021, the email address of 5 million Robinhood customers and the full names of 2 million others, plus personal information (such as names, birth, dates and zip codes) of 310 people were compromised following a hack at the time.

Binance is another cryptocurrency platform where Dogecoin can be purchased.

Describing itself as “a safe and secure platform to buy and sell cryptocurrencies quickly,” Binance says: “We work only with verified and trusted partners to give you a secure and seamless crypto-buying experience.”

The platform accepts a wide range of currencies, allowing you to buy crypto using U.S. dollars as well as euros, pound sterling, and other fiat currencies (government-issued currencies).

Kraken is a cryptocurrency exchange platform that claims to offer “the lowest fees in the industry.”

According to its website, it is “constantly rated one of the most secure and trusted crypto exchanges in the world.”

The company explains: “It is important to note that Kraken is an exchange service and not a wallet service. So while we allow our clients to hold DOGE in their accounts, we highly encourage you to separate your DOGE holdings into multiple wallets.

“Kraken is secure, but it’s safest to store your DOGE in a wallet, a software or hardware device you control that stores the public and private keys required to make crypto transactions.”

70% of US crypto holders started investing in 2021: Report