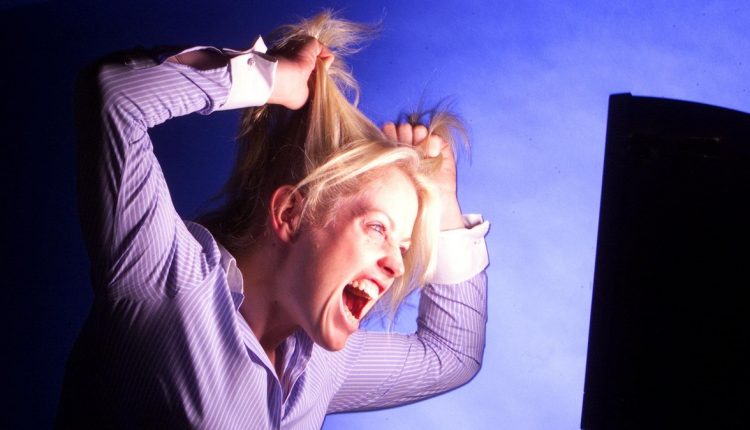 On Thursday night, crypto twitter was overrun with people begging others to click their referral links for something called WTF. If you saw any of the many groveling tweets, you may have been wondering “WTF?” yourself.

“IF YOURE CLAIMING THE $WTF AIRDROP PLS USE MY REF LINK https://meatspin.com,” read one tweet mocking the frenzy (do not visit that site, which is very NSFW).

For a while now, Fees.wtf has provided a simple and reliable service: enter your wallet address and it tells you how much you’ve spent on Ethereum blockchain transaction fees (gas), as well as how many of your transactions failed and how much those cost you. Unsatisfied with this, the project decided to launch its own token—named WTF—and an airdrop that would award tokens based on gas spent and failed transactions.

In case you don’t know what that is, an “airdrop” is an increasingly popular way to bootstrap a new cryptocurrency. Simply: Decide on some metric to distribute a new token (like gas spent on Ethereum) and let people claim it. The WTF airdrop also promised to offer an NFT that would give access to a “pro” version of the service that would work on multiple blockchains, but came with another twist that had some frustrated users declaring it a “Ponzi” or “pyramid”: a referral system that pays out ETH based on how many people you recruited. On Thursday, these WTF referral links began to flood Twitter.

The system is deceptively simple: There is a .01 ETH service fee to register your address before claiming your tokens, and the more WTF you burn (i.e. send to a dead-end address), the more you “upgrade” your referral link rewards. If you burn no WTF at all, you get .001 ETH (10 percent of the fee) from each referral—burning up to 10,000 WTF gets you .005 ETH (50 percent of the fee) from each referral. This effectively means that the system is set up to give an advantage to wealthy people who have spent a ton of money in Ethereum—and thus have a ton of WTF to burn—and have large followings to spread referral links to and reap more token rewards.

As The Block’s Tim Copeland observed, though, this referral system only easily prints money if WTF is worth less than the percentage of the service fee you’re getting at any particular level. For the sake of argument let’s say WTF is worth .01 ETH (the base cost to claim) and you burned 10,000 WTF for max rewards. Referring 1,000 people would reward you with 5 ETH, but you already burned 100 ETH worth of WTF to get that reward. To break even, you’d need 200,000 people to use your referral link.

This should’ve been the first sign of potential problems baked into the structure of the token, but it all came to a head on Friday when the airdrop proved to be a complete and utter disaster featuring bots nuking each other in a zero-sum struggle that caused chaos in the token’s price.

As detailed in one viral analysis from Twitter user meows.eth, the initial pool of liquidity to trade with was relatively small—just over 2,211 WTF and .000001 WETH (wrapped ether). According to meows.eth, trading bots immediately began duking it out and sent the token price briefly soaring, turning the referral system into a money pit and wreaking havoc on everyone else in a few different ways.

The first bot bought 2,211.45 WTF for 2 ETH, spiking the price and leaving little left for other bots that kept buying the remnants of the pool. Another bot paid 10 ETH for the last WTF available (only 0.000149 WTF), meaning that at that point the trading pool had a lot of ETH in it and effectively no WTF. Taking advantage of this situation, the bot operator quickly sold .001375 WTF for the absurd sum of 58 ETH ($191,400), and paid nearly $3,000 in gas to ensure its transaction was settled before any other bot’s or trader’s.

Other traders were screwed over because they did not know how to properly set up lower tolerances for slippage (when prices literally slip between the time an order is filled and executed) and ended up fulfilling orders for substantially less WTF than anticipated at a substantially higher price. One user accidentally swapped 42 ETH (over $132,000) for 0.00004 WTF, even though WTF was only worth $0.00000525172 per token, as a result of this.

As for how the token is doing now… Well, it’s not going well. After the initial price spikes, the price dropped to around 30 cents and has tumbled even further, currently sitting at 13 cents according to data from CoinMarketCap.

“I bought $WTF last night and WHAT THE FUCK HAPPENED WHILE I WAS SLEEPING???!!! MY FUCKING HARD EARNED MONEY GONE OVERNIGHT FUCK THIS IM GOING BACK TO SLEEP” wrote one Twitter user.

Despite some users decrying the WTF airdrop as being pyramid-esque, and the general chaos and pain that has come from it, the developers have seemingly made out well. The token team gets a fee from every single transfer or swap of the WTF token on top of a cut of the proceeds from address registration, which is then sent to a growing hoard of nearly 8 million WTF tokens (about $1.2 million). On top of that, the team recently solicited donations only to transfer about 150 ETH from the donation wallet to Binance.

All in all, this was at the very least a poorly conceived launch. Like so many other crypto projects, it was so poorly planned, capitalized, and executed, that it’s almost indistinguishable from a scam. WTF indeed.