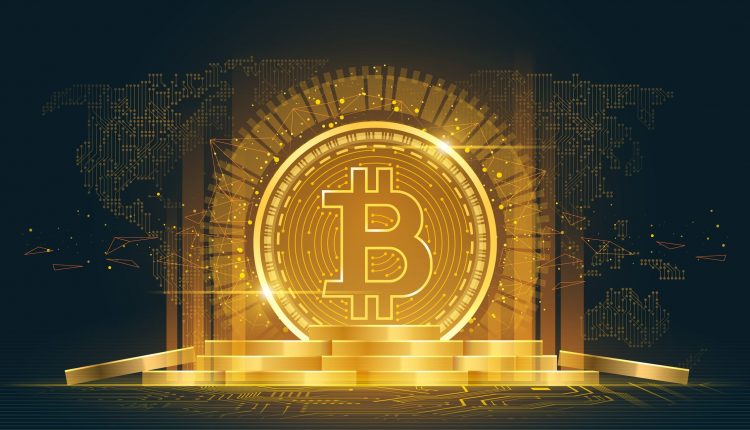 Did you know that the U.S. government frequently holds auctions for crypto that it acquires in asset seizures? According to an article published by CNBC last August, the government had already seized more than $1.2 billion worth of crypto for the year so far.

In this segment of Backstage Pass, recorded on Dec. 20, Fool.com contributors Rachel Warren, Toby Bordelon, and Jason Hall discuss this phenomenon and a recent report on government crypto auctions by CNBC. Plus, they share their takes on what this news means for crypto investing on a broader scale.

Rachel Warren: But there’s one of the next things they’re going to be auctioning. I guess it’s $56 million worth of cryptocurrency that authorities confiscated as part of a Ponzi scheme case. It’s like, these are things that are not hitting the headlines, but it’s going on.

I was really fascinated apparently “in July the DOJ hired a San Francisco-based, anchorage digital to be it’s custodian for the cryptocurrency seized or forfeited in criminal cases. It’s the first federally chartered bank for crypto and will help the government store and liquidate this digital property.” I think in this area, we know that cryptocurrency has been an area that has been open to abuse for a while.

I think this helps not only legitimize it, but it can protect investors as well. One more point I wanted to make. I saw this interesting article on TechCrunch. We know sometimes when there have been crypto experts appearing before lawmakers and trying to explain how it works and you see on C-Span, the puzzled look on some of these guy’s faces.

We want to have laws that weren’t written 100 years ago when there was no crypto around. You want laws that are going to apply specifically to digital currency. This article was talking about not being anti-regulation, but anti unworkable regulations that are very hard to apply to crypto. It was saying “ultimately we need to regulate with efficacy which necessitates legislation that’s applicable specifically to digital assets”.

I think that’s the area where we’re seeing the lobbying slow to catch up with technology. We had some of the recent tax changes that are being applied to crypto, but some of it was adjustments of tax law that have been enforced for a while. Getting that to apply to digital currency, it’s a whole different animal than what regulators have dealt with before.

I think it’s going to be a process, but I definitely think there needs to be more of a look at how the laws can be applied specifically to digital currency. Otherwise, it’s maybe not going to be as efficient and you’ve got the bad guys that will just work around it. Those are just my thoughts. [laughs]

Toby Bordelon: Why are we auctioning cryptocurrency? It’s one thing to auction off a car, but there’s a robust and fairly efficient market for Bitcoin (CRYPTO:BTC), you can just sell that on the open market. I don’t see why they’re holding an auction for it. That doesn’t make sense to me.

Jason Hall: Is there anything in federal code about seized assets that have auctions?

Toby Bordelon: I don’t know, do they auction off pounds, do they seize them or do they not just go to the bank and say, here give me some dollars for this.

Rachel Warren: One of the things that were auctioning, they were going to be reimbursing victims of fraud. I think sometimes it’s use like that and then other times maybe, Uncle Sam uses it.

Toby Bordelon: You can convert that Bitcoin to cash pretty effectively without an auction process.

Jason Hall: Well, hang on Toby. You’re the attorney here, you know this better. Well, you’re not a tax attorney.

Jason Hall: The federal government does not consider Bitcoin or any crypto asset a currency. It’s not a currency it’s an asset.

Toby Bordelon: That’s right. They consider it a property, would you auction off like shares of stock, if you seize that or would you not?

Toby Bordelon: Sell it through Schwab or something like here give us cash in whatever the current market price is?

Toby Bordelon: It’s a strange process. I don’t know how exactly how it works, but it is interesting. To your original question though. I’m like Rachel here. It doesn’t really change my view. I have long been skeptical of the claim that Bitcoin was somehow immune to the prying eyes of government authorities. That was one of the things that was a selling point.

Even though it’s all publicly out there on the blockchain, you can somehow do this anonymously and no one is going to know who you are. It convinced me that that’s the case of all. It’s obviously trackable clearly.

Toby Bordelon: Yeah. The government can and they do seize it when it’s used in the various activity as we’ve seen. That’s what’s happening. I think this it’s not going to get any better in this regard.

As crypto tries to become more and more legitimate and convince more people, it’s like a legit, it’s the way of the future, it’s how we’re going to do business, it’s going to become even more traceable, even more controlled by governments.

That’s just fundamentally what’ s going to happen. Look, you mentioned, tax evasion. If you are someone out there who thinks that government doesn’t know how much crypto you have and how many taxable transactions you’ve done within this year, I would strongly suggest revisiting that assumption.

I think you want to be very careful to make sure you understand all the rules and what your reporting and your tax payment obligations are. Because suspect we’re going to be hearing some stories in 2022 about the government coming out for people who didn’t properly report their crypto assets.

Jason Hall: The rules are essentially the same.

Toby Bordelon: Yeah, basically, exactly. It can get nasty if you’ve done a lot of transactions so it’s something you want to look at.

Read More: What to Know About Crypto Auctions and the Future of Bitcoin | The Motley Fool