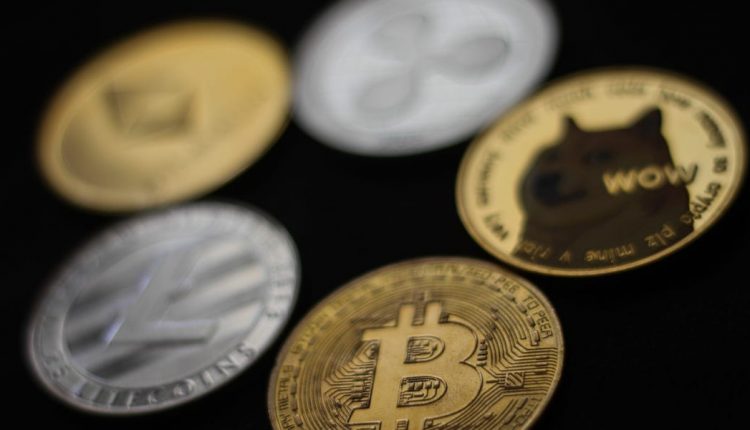 At 25 years old, Yubo Ruan has probably achieved more than his peers could imagine.

In high school, Ruan started his first company Alisimba Technologies in Beijing, China while winning 13 invention awards and five patents. In college, he set up his first venture capital fund Skylight Investment to invest in disruptive technologies. In 2017, he launched his second VC fund 8 Decimal Capital to focus on blockchain and crypto companies.

Now, the serial entrepreneur is trying to accomplish his loftiest goal yet — to bring decentralized finance to a billion people via his lending startup Parallel Finance.

Built on the polkadot ecosystem, Parallel Finance is backed by prominent VC investors including Sequoia Capital, billionaire Peter Thiel’s Founders Fund, Polychain Capital, Pantera Capital, Lightspeed Ventures, and more. The startup was valued at $150 million after raising $22 million in a Series A funding round in August.

Ruan learned about crypto in early 2014. While working on his first company in the famous Garage Café in Beijing, which used to accept bitcoin as payment, he met a group of bitcoin and ethereum miners who would later become some of the biggest crypto players in China.

That experience taught him the importance of being early. In 2019, while running the $60 million VC fund at 8 Decimal Capital, he made a six-figure investment in solana (SOL) at around 30 to 33 cents and poured over $1 million into polkadot (DOT) at below $1, according to Ruan.

The early bets have paid off handsomely. As of midday Friday, solana, the fifth-largest cryptocurrency by

, was trading at around $148, while polkadot, the 10th-largest token, was changing hands at $27, according to CoinGecko pricing.

When trying to identify projects with long-term potential, he focuses on three factors: (1) network effects, (2) reasonable instead of cheap valuation, and (3) the quality of the founder.

A fairly familiar concept in tech and crypto, a network effect refers to the idea that the greater the number of users who join a network, the more value it accrues. Social media platforms including Facebook, Instagram, and TikTok illustrate the power of network effects, while major cryptocurrencies such as bitcoin and ethereum have also become more valuable as more people join the networks.

Contrary to conventional wisdom, Ruan likes to invest in projects with valuations that can seem expensive. Rather than focusing on cheap assets, he believes that higher, though not unreasonable, valuations could signal that the projects have gained better consensus and more investor trust.

“When we invested in solana, even though it was like 33 cents, it was at a couple hundred million dollar valuation,” he recalled. “It was pretty insane at that time because it’s pretty expensive for a network that had never launched anything.”

It was a similar story with polkadot, which he invested at below $1 but with an over $1 billion valuation, Ruan said.

The valuations also made sense to him because of the track record of the founders. Polkadot’s founder Gavin Wood also co-launched ethereum where the majority of the DeFi and NFT activities take place today.

“I put at least 40% of the weight towards evaluating who is the founder and what they have done before,” he added. “We truly think that the entrepreneurs who have done great creation before would likely continue to create better products in the long term.”

Right now, Ruan likes StarkWare, an ethereum layer-two scaling network. The Israel-based company recently achieved a $2 billion valuation after raising $50 million in a funding round led by Sequoia Capital. To be sure, Parallel Finance is building on top of one of StarkWare’s products StarkNet.

Building the ‘Apple of finance’

These days, Ruan is no longer actively investing in crypto projects. With the goal of bringing DeFi to a billion people, he is 100% focused on building Parallel Finance into the “Apple or Google of Finance.”

The young founder has a lot to prove though.

DeFi, which refers to financial services activities automated by software, is notoriously difficult and complicated to navigate. Meanwhile, scams and frauds have mushroomed as traders flock to high-yielding DeFi strategies like yield farming. According to a Chainalysis report, investors lost $2.8 billion to DeFi rug pulls in 2021.

With about $700 million in total value locked, Parallel Finance has a niche market dominance as the largest third-party program on polkadot, according to DeFi Llama.

To grow its 100,000 global users to a billion, Ruan said he plans to build a one-stop ecosystem where users can conduct all sorts of financial services activities related to their DOT token holdings, whether it’s crowd loans, trading, staking, or minting stablecoins.

The company will also build a permissioned app store to root out frauds and scams.

“We will select what kind of applications can run on our chain so that we can get rid of the scams and problematic protocols,” he said.

Eventually, Parallel Finance will expand onto other chains besides polkadot. For now, he is focused on making the platform easy-to-use, efficient, scalable, and compliant with regulatory requirements.

“We are really interested in building a holistic ecosystem where when users log in with their wallets, they can just do everything from payments to earning yield to trading derivatives with one click,” he said. “The only way that it works for 1 billion people is to simplify the process instead of letting users go to 10 different websites to do 10 different things.”

Read More: A 25-year-old crypto founder who bought 6 figures of solana at around 33 cents and