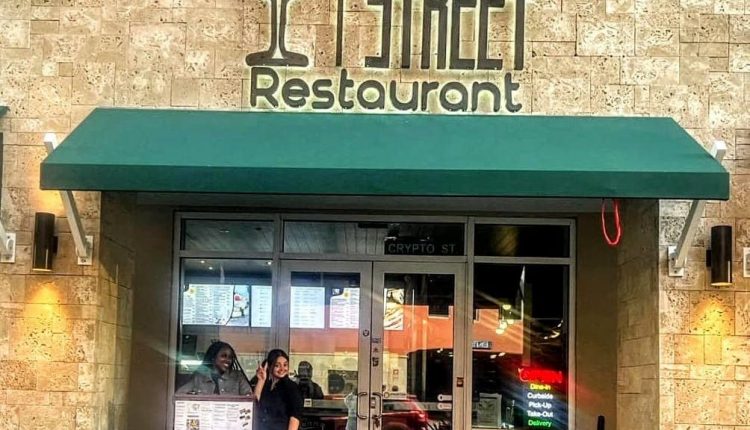 Crypto feels the shockwaves from its own ‘credit…

Is Nvidia the Best Stock to Buy During This Bear…

A new crypto-themed restaurant in Clearwater Beach hopes to take customers to the moon with a combination of good food and an introduction to the world of cryptocurrency.

When the Crypto Street Restaurant opened its doors in December, owner Ricardo Varona wanted an ambiance that would set his establishment apart from other eateries in the area. Thanks to his son, Varona recently became a believer in blockchain technology and digital currency and decided to capitalize on the increasing momentum behind crypto assets.

The restaurant’s décor centers around crypto culture. Laminated into the bar are metal coins depicting Bitcoin, Ethereum, Dogecoin and Shiba Inu. There are crypto posters, prints of non-fungible tokens (NFTs), and a large, colorful mural of a rocket ship heading to the moon encompasses an entire wall.

A rocket ship heading to the moon is a common theme among crypto enthusiasts.

Varona was born in Puerto Rico and the menu features American and Cuban dishes with crypto-themed names; customers can start with an order of “SHIBA Shrimp Cocktail,” followed by a “Crypto Cuban” or “The Blockchain Club.” For dessert, there is the “Bitcoinana Split.”

As cryptocurrency has grown in popularity, so has the number of businesses that take it as payment. However, most companies only accept the two largest coins by market capitalization – bitcoin and ethereum. Varona accepts almost any coin someone offers him.

“Just yesterday, we had somebody pay with dogecoin,” he said. “I would say probably five or six times we have taken bitcoin, and then we’ve taken shiba inu one day and cardano a couple of times as well.”

Varona keeps a binder with barcode printouts of his crypto wallets to make digital payment processing quick and easy. He has also taught his servers the procedure, allowing them to process the payments when he is not in the restaurant. While the restaurant is geared towards people new to the world of cryptocurrency, Varona said his staff is happy to serve the early adopters that pay and tip digitally.

“Everyone has been really generous with tipping our servers,” said Varona. “The people that pay with crypto, it’s super good always.”

If a customer tips in cryptocurrency, Varona offers his servers the option to redeem it with the restaurant for cash.

Verano wants his restaurant to help people learn about the world of cryptocurrency. In addition to the aforementioned décor, Verano displays definitions of common crypto and blockchain terms on the walls. Varona, 52, said these illustrations help older folks like himself understand the language. Varona also displays the latest crypto prices on screens for his customers to keep up with the sometimes rapid fluctuations.

While the crypto community tends to skew younger, Varona appreciates the camaraderie the restaurant and its patrons have brought him.

“They’re like my buddies,” said Varona. “They make me feel like I’m less than half my age because they are super cool, and they love and appreciate it.”

Varona said he also enjoys the older crowds, because like him, they are just learning, and many were also introduced to cryptocurrency by their children or grandchildren.

Located at 309 Coronado Dr., on the ground level of the Residence Inn by Marriott on Clearwater Beach, Varona said most of his customers are tourists. However, he said 80% of patrons that pay with cryptocurrency are locals. He said he is pleasantly surprised by the enthusiasm that exists in Pinellas County for digital assets.

Crypto Street Restaurant is Wednesday through Sunday, from 11 a.m. until 8 p.m. Varona said he plans to open seven days a week in February.

10 Best Bitcoin Wallet Apps Crypto Investors Must Use In 2022

Is Nvidia the Best Stock to Buy During This Bear Market? | The Motley Fool