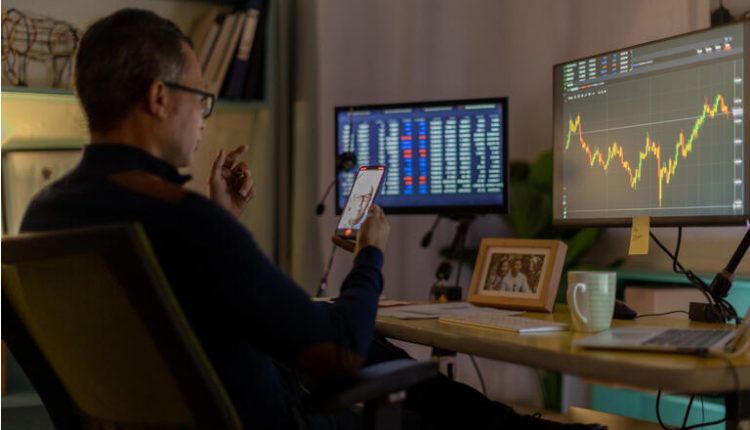 Chris Giancarlo, popularly known as “Crypto Dad,” a former Commodity Futures Trading Commission chair, believes that today’s youth turn towards an online digital tokenised-based money system having lost faith in the centralised banking system. But Chris warns that the importance of money is far too great to be left solely to the central banks.

Jamie: Chris, thank you so much for taking the time to chat with us. I’m very excited about chatting today on so many different topics but if you wouldn’t mind just to begin with, can you do a quick introduction about yourself and your recent background?

Chris: Yes, Jamie, great to be with you. And you know, I served as the 13th chairman of the US Commodity Futures Trading Commission. I had the honour to be appointed by President Obama to serve as a commissioner and I had the rare opportunity to be reappointed by President Trump and to serve as chairman. And I’m very proud of the fact that I was unanimously confirmed. Very few of Trump’s appointees were unanimously confirmed and I think it’s a testament to either most people don’t know what the CFTC does, or I hadn’t annoyed enough senators to earn my first term in office.

But it was a great honour, and since I left the agency, I’ve been focused on a number of things. I’ve created something called the Digital Dollar Project and I’ve recently completed a book called CryptoDad: The Fight for the Future of Money about both my experience in Washington, greenlighting the first Bitcoin futures but also my looking forward to the future of money, both sovereign and non-sovereign money, here in the United States and around the world.

Jamie: Which is so great, and I’m fascinated to hear you’re through as a talking head on this space. And you are a dad.

Chris: Yes, I am indeed a dad.

Jamie: Okay, it’s a great name by the way.

Chris: In fact, well, do you know how I got the name Crypto Dad? It was because after we greenlighted Bitcoin futures, I was called on the carpet in front of the Senate Banking Committee to explain what we did. And the week before we had prepared a 60-page treatise explaining every step along the way of our greenlighting Bitcoin futures. And the night before as I was preparing for those opening remarks, we only have five minutes and they’ll gavel you shut if you go on, I thought there’s no way I can condense 60 pages into an opening statement. So, I pushed that aside and on the following morning when my light went green, I looked up to the senators, I said senators, if you’ll allow me, I’m not here. I won’t speak to you as the chairman of a federal regulatory agency. I just want to talk to you as a dad.

Jamie: There it is. And it was born.

Chris: And Crypto Dad was born. And what I pointed out to them was that there’s a generation gap present today in a new generation that has really lost faith in the institutions that presided over the financial crisis, the institutions of central banks and banks. And see a trust established through more algorithmic methods of consensus, methods that we learned in the first wave of the internet and are now taking over, whether it’s Bitcoin or cryptocurrency. And so, it was with that, that my Twitter feed exploded and the word, the name Crypto Dad was given to me.

Jamie: Well, it’s a fun one that serves you well. So perhaps we’ll just start on that because as you’ve said before, there is a generational gap appearing now and I think whether it was your generation, there were other more social issues, whether it was Vietnam War and things, that were separating generations. Now there’s a typical lower trust of the younger generation, let’s call them sub-35s on some of the bigger institutions like banks. Can you just talk a little about that?

Chris: Yes. So I’m a proud dad myself of three 20-year-olds that are out in the world today, but they grew up in a different world. My generation established a relationship with a banking institution as really the second one to their own school years. But this generation has had relationships with social media companies, online retailers, and mobile device providers long before they set foot into a branch bank. And I think the banking system and all the infrastructure that goes with it, the regulation of it, the central banks, have lost the trust of this generation. And I think they’re struggling to regain it while things like Bitcoin and cryptos come around.

And it’s interesting to watch the Washington response. As you know, I spent five years there, so I think Washington is really trying to understand why it is that their regulatory structures, that their banking institutions don’t enjoy the trust of this generation. A generation that’s much more comfortable in an online world, in a digital tokenised-based money system than say my generation.

Jamie: Concepts that are just quite alien to let’s say my parents or the generation above. So, in fact, you’re quite a pioneer to be a man who is proudly in his sixties but you’re someone who is certainly among the very few who understands that this is the future. So, what is happening to try and convince this older generation, the people who are setting the rules and regulations, to see it from the point of view of the younger generation?

Chris: Well, I must say here we are in the waning months of 2021, and I really think if I were to analogise this generation to a popular movie series, I think we’re in The Empire Strikes Back segment of the trilogy. Right now, I think the legacy system and the regulators who they’ve captured are really trying to almost stifle advancement of this innovation to shore up the legacy financial system and the legacy regulatory system.

Remember, our regulations, whether under the SEC, the 33 and 34, that’s 1933, 1934. In the case of the CFTC, it’s 1936 Commodity Exchange Act. These are 90-year-old regulatory frameworks. And the principles behind them of adequacy of disclosure, of registration, of orderly markets free from manipulation, are sound principles. They’re sound policies. But the formulation of those policies is based on an analogue physical world. The formulation of them is inapplicable to this new wave of innovation.

So, what do you do for your regulator? Well, one choice is to simply say stop the world, we like it the way we are. This evolution must exist for the convenience of regulators with regulatory frameworks they’re comfortable with. Or as we tried to do when I was at the CFTC, is say we have principles that make sense but how do we apply those principles in a new evolution of the internet, a digital world? And so, there’s got to be some give in the system if you believe that this innovation as I believe as I do, can enhance our financial systems and make it more inclusive, lower cost, much faster for our fellow citizens. I believe this innovation can help us do that but only if we give it room to breathe. And I think that’s really the path that regulators need to follow.

Jamie: Okay, so that leads me onto what I was hoping to really get into with you. It seems to me like central bank digital currencies are inevitable. I know obviously China is pressing ahead full charge but the private digital assets, they don’t seem to be going away. They seem to be in fact growing in popularity. So, my question to you is do you feel that these two currency ecosystems can coexist? Are there any hurdles to those ecosystems coexisting?

Chris: I hope they can coexist. And I agree with you that I think central bank digital currency is inevitable. I believe every major central bank in the world is going to develop their own central bank’s sovereign form of money because the attractiveness of it is just too great. Whether it is capturing the data of the economic activities of citizens as China is doing with their digital yuan, whether it’s modernising infrastructure as Singapore is doing. Whether it’s greater financial inclusion for citizens as the Bahamas are doing with their Sand Dollar.

Whether it is for greater monetary policy precision as we wish we could’ve done in our first response to the COVID crisis when issuing paper cheques to people that couldn’t either get out of their house to the bank or didn’t have bank accounts did. Or whether it is the rise of stable coins which has put central banks into what I call a fight or flight moment. Or whether it is geopolitical influences as China is doing with digital currency. Or most importantly as it is enhancing hopefully the right values in the digital future of money, values of economic privacy, and lack of censorship. So, I think there’s a whole host of reasons why every major central bank in the world is going to move forward with a central bank digital currency.

But as I’ve written in my book, I hope that we have a world of competing sovereign and non-sovereign money. And why is that? Because I’m afraid if anybody has a monopoly on this, whether it’s a central bank or whether it’s big technology companies, the gathering of information, the invasion of our financial privacy will be too great of a temptation for all of them to resist. And only if we have competition could we choose a digital currency, sovereign or non-sovereign, that best protects our privacy. I’m hoping that the United States respects its Fourth Amendment guarantee of privacy and codes that in the future of a digital dollar, but only if there is, and this is to your point, competition from the private sector can we be best assured that they will.

Jamie: So, will central banks allow a situation in which I can buy my things on Amazon using the central bank digital currency but if I want to donate to a political party and I want to stay anonymous, I could use a private market currency? Do you think that is a…

India to soon get Exchange-Traded Funds for Bitcoin, Ethereum: Report

Hut 8 Mining: Just Like Holding Bitcoin, But Only Better (NASDAQ:HUT)