Musk-Have Tesla Merch for Dogecoin? Elon’s Twitter Fingers Are At It Again 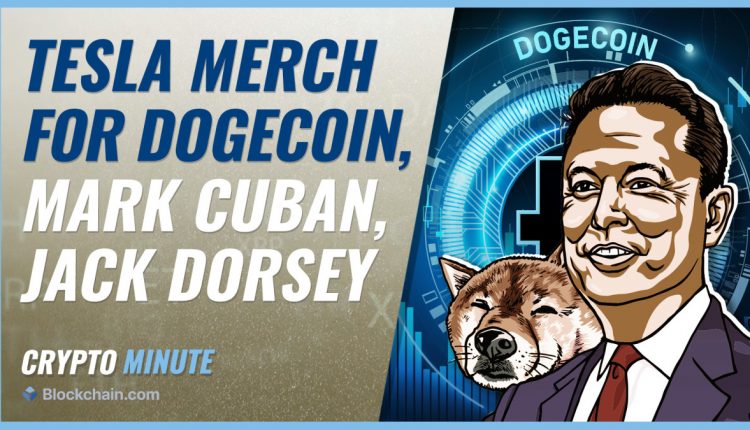 Elon Musk moved the price of Dogecoin after tweeting that Tesla  (TSLA) – Get Tesla Inc Report would accept the cryptocurrency for merchandise, Mark Cuban put a dollar figure on his crypto bet and Block  (SQ) – Get Square, Inc. Class A Report reportedly put a bitcoin mining team in place. Ross Mac of Maconomics broke down the latest cryptocurrency stories on Friday, January 14.

It only took us two weeks into the new year until we got Elon Musk and his Twitter fingers back moving the crypto market….while one billionaire said 80% of his portfolio is entirely crypto related.

It’s your boy Ross Mac and these are the biggest stories in cryptocurrency on Friday, January 14.

Our boy Elon Musk tweeted out that Tesla merch can officially be purchased with Dogecoin. Customers can buy the Giga Texas belt,, a cyberwhistle, and a kids Cybersquad with the doggy currency. They made sure to note that there will be no refunds and any non Dogecoin sent will also not be returned…Dogecoin traded up double digits following Elon’s tweet.

Another billionaire crypto enthusiast, Mavericks owner Mark Cuban, just said that 80% of his new investments are in or around cryptocurrencies in an interview with Jon Stewart. He added that it’s early days for the space, comparing it to the 1990s. But, he added, even as soon as 10 years from now, crypto will really find its own footing. Now remember his basketball team was the first to accept Doge for tickets and merch.

Wait…we got 1 more billionaire going heavy on crypto…Block, formerly known as Square, is jumping into Bitcoin mining according to CEO Jack Dorsey. The company had been looking into mining back in October, but it’s now putting a team in place to execute, according to a tweet from Dorsey. And the company, according to Block’s Thomas Templeton, is working on a affordable, low-maintenance Bitcoin mining rig that could be quiet enough for people to use at home…One of the oldest sayings is follow the smart money.

I’m Ross Mac and that was the Crypto Minute on TheStreet.

TheStreet’s Crypto Minute is brought to you by Blockchain.com.

Gas (GAS): How Risky is It Friday?