NFTs, DAOs, MobileWeb3, And The Metaverse: Off And Running In 2022 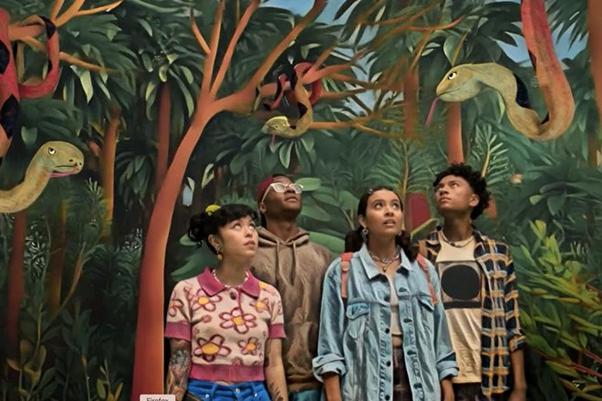 Haechi (HAC) Is Now Available for Trading on LBank…

2021 will go down in history as the year of the NFT. It is also the year that raised public consciousness of Web3 as visionaries, architects, developers, and venture capitalists started imagineering the next generation of public digital infrastructure. DAOs (decentralized autonomous organizations), dApps (decentralized applications), driven by cryptocurrencies have paved the decentralized road for the next generation of Web3 Metaverse. Facebook even rebranded itself to Meta.

As any new era of technology begins its evolutionary life cycle, the expectations of drama and controversy often reveal themselves early. The beginning of 2022 has already displayed how vibrant and frenetic Web3 will be. Bitcoin, Ethereum and altcoins all gave up their large 2021 gains in January due to inflation fears and greater crypto regulatory headwinds, while OpenSea, the NFT exchange, announced a $13 billion valuation following a fresh round of funding.

2022 is already living up to the hype. New trends are shaping the business of Web3 and DAOs look to be the cornerstone of next generation digital infrastructure and the future of blockchain technologies.

A New Kid In Town?

For over a decade the term “blockchain” has been synonymous with Bitcoin the infrastructure and “bitcoin” the cryptocurrency, the most popular cryptocurrency by many measures. Satoshi’s branding genius should be recognized alongside his or her mathematical and technological genius. “Crypto” led Google’s search performance in the blockchain category. Things began to change in early 2021 with the surge in NFTs which led to NFT overtaking crypto for most used search term later that year. This type of crossover is an important trend to pay attention to, it can be a major indicator of change.

Bitcoin has also been under pressure from Ethereum as the developer’s choice for building out the cornerstones of Web3. Ethereum has enjoyed a first-mover advantage with smart contracts and has benefited from the “walled garden” approach that many developers took to building platforms in the Web 2.0 era.

DeFi, and the DAOs model, is gaining the most ground through platforms offering compatibility and interoperability with Ethereum. Over half of the top 20 cryptocurrencies ranked have an association with Ethereum through EVM compatibility or an ERC-20 token, and in 2021, Layer 2 plays, such as Polygon, were very popular.

NFTs have begun to change the demographics of crypto consumers with more females, especially millennials, looking at the medium as both a renaissance and profit center, for their art and collectibles. Females are neck and neck with males and make up almost half of NFT ownership across all age ranges according to Statisa. Compared to cryptocurrency, where 90 percent of bitcoin users are male, this is a significant demographic shift, not gone unnoticed by product marketers.

NFT’s mark a quantum move in the right direction of greater social diversity in crypto and digital assets. Women like Hackatao and Grimes are leading the charge. FEWOCiOUS, a trans-gender teenager whose art you can’t physically touch, famously broke Christie’s on-line auction system. The arts, sports, and entertainment business, driven by young and multi-cultural communities, is seeing the advantages and opportunities for anyone to get started in this space, and NFTs are opening more doors.

From grocery stores to linear television, traditional distribution channels are better understanding they can be a catalyst that links the masses to NFTs. Mobile telcos, for example, are leading the way by distributing NFTs directly from their decks. Telcos around the world have the advantage of having their platform in the hands of most humans on the planet and companies see this advantage for next generation value exchange.

GFTX, a West-Coast based, emerging NFT exchange, has launched their “load to phone number” model in Thailand with the leading telco, True Mobile, which services over 60 million subscribers. Through a simple login using the consumer’s phone number, new subscribers can unlock NFTs and begin their journey into the universe of digital assets and metaverse communities. What’s most notable, there is no need for the subscriber to understand the complexities of blockchain or crypto to get started. Load to number is frictionless, easy to use, with zero barriers to entry.

Jonas Hudson, co-founder of GFTX says, “The ability to deliver an NFT, or enable NFT trading, shouldn’t be rocket science. Right now, there are over ten steps a user has to go through in order to purchase an NFT from any number of marketplaces. It’s more Web2.0 than Web3. Generally, mainstream consumers don’t like to give out personal information even with services they know and need. It’s essential to grease the wheels to make every consumers maiden journey simple, fast and exciting. At GFTX, we’ve made the end-to-end journey of making and trading NFTs as easy as purchasing mobile minutes, a transaction most consumers are familiar with. Bottom line, GFTX is a mobile NFT marketplace for the masses.”

Telcos also have the advantage of engaging with their subscribers easier than many other distribution channels. By offering NFTs that can deliver coupons, discounts, and rewards to consumers, telcos open up relationships with other consumer sectors to platform new products and benefits to their new and existing customers.

“We have yet to imagineer the true potential of NFTs. Today its works of art and tomorrow it’s a smarter currency that self manages and settles transactions between buyers and sellers, without the need for expensive and opaque intermediaries. The main product in all of this — what is visible and personal to a consumer, or enterprise user, is the mobile wallet — a single go to safe and dynamic transaction platform that accepts, creates, stores and trades value, and has the ability to connect marketeers directly to mainstream consumers. This phenomenon has application across most all industries, including the fast growing global mobile coupons and rewards space. Never before could a brand, big or small, virtually speak on a one-to-one basis with shoppers, and in targeted and relevant terms. We’ve made this possible”, says Mitch Chait, co-founder of GFTX.

NFTs and DAOs are flipping the traditional IP model on its head. In 2017, Crypto Kitties created a revolutionary model for IP rights by assigning rights holders of the NFT the ability to generate revenue with the IP. It’s basically a licensing deal wrapped in code.

This, of course, leads to the question, “Who owns the underlying data?”

CryptoKitties was one of the first NFT licenses to enable the transfer and use of the art associated with any “kittie” creation owned by a user. Most interesting is that it included commercial rights of up to $100,000 per year. This opened up the opportunity for Bored Ape Yacht Club (BAYC) to create models similar to the kitties model.

“It’s the contra-Disney model where a centralized corporation owns all the IP verticals and licenses and distributes it to other companies or individuals focused on their core business. For example, BAYC doesn’t brew beer, so they let owners of an “ape” use the branding to create a product. For young artists, or companies that don’t have the means to vertically accelerate their business, this provides new product extensions and new revenue. The next major brand may become decentralized and owned by the “masses,” adds Hudson.

There is an issue with rights beyond art or entertainment and that deals with the ownership issues related medical records, legal documents, and other IP moved from wallet to wallet. An NFT, or DAO, can manage the rulesets, but it is likely policy and law makers will be debating many of these issue for some time to come as identity and (sensitive) personal data moves from wallet to wallet.

All roads will lead to the SEC in 2022. The 2017 ICO frenzy created a lot of heartache for unsuspecting investors as they plowed their money into tokens with the promise of 100x and higher returns. The SEC quickly squashed the “wild west”, as it was deemed, of unsecured token offerings. The same appears to be poised to happen again in 2022 with some DeFi products and NFTs that look more like securities than collectibles.

In London, the Tube (public metro / subway) is littered with advertisements promoting NFTs and crypto, and the U.K.’s Advertising Regulator has started to crack down, hitting Papa Johns with a takedown notice for offering BTC with an order.

“The past and the future are converging in the present. The exponential power and adaptability of NFTs and their ability to scale globally through seamless interfaces will have to be reconciled in the near term with regulatory regimes. It will take some time to modernize or create new securities laws or new regulators that will integrate AML, KYC, and investor protection with “code is law” and the sheer scale of crowd intelligence offered through DeFi. The power of NFTs and their usage will be assessed as those that are clearly rewards or collectables that are not securities and NFTs that are fractionalized for ownership and offer…

Read More: NFTs, DAOs, MobileWeb3, And The Metaverse: Off And Running In 2022

How to invest $10,000: 6 financial experts share their best ideas for maximizing your