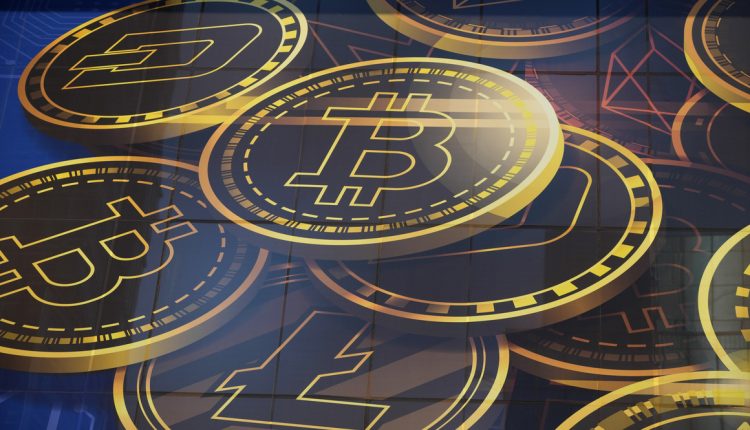 Aarika Rhodes, an elementary school teacher mounting a left-leaning primary challenge against California Democrat Brad Sherman, the most prominent critic of cryptocurrency in the House, is promoting the technology in her run. She said she has taken several thousand dollars worth of donations in cryptocurrency to date, having embraced it after talking to voters and hearing from crypto advocates who urged her to draw a distinction with Sherman on the issue.

“More and more people of color, women, single moms are looking into Bitcoin,” the largest cryptocurrency, Rhodes said. “I never met anyone who was against it.”

Roughly one in six Americans have personally traded, used or invested in cryptocurrency, according to Pew Research Center, including 13 percent of white, 18 percent of Black, 21 percent of Hispanic and 23 percent of Asian Americans.

So far, the political incentives around cryptocurrency are proving lopsided. More candidates have found reason to embrace a technology backed by legions of devoted users, a fresh crop of newly rich donors, and a growing number of lobbyists, than to vocally reject it.

“Look, it just seems cool. Everybody’s got a friend who’s made some money on it. There’s a lobbyist who wants to take me to lunch,” said Sherman, who has called for banning cryptocurrency outright, of the hype that has made it popular with his colleagues on the Hill. Shunning the technology, on the other hand, has brought the congressman few immediate rewards. In addition to facing a crypto-fueled primary challenge, he has inspired the creation of a new super PAC, Shut Down Sherman, “dedicated to taking down Enemy Number 1 to Crypto.”

Sherman bemoaned a lack of political interest in what he sees as the emerging threats from crypto, such as its potential to undermine U.S.-imposed financial sanctions and the U.S. dollar’s status as the global reserve currency.

“That is worth hundreds of billions of dollars to American families, and there’s no lobbyist in this city that protects it,” he said. “No lobbyist is fighting for the ability to go after criminals with sanctions.”

Ron Hammond, director of government relations at the Blockchain Association and an advisor to the pro-crypto HODL PAC, said that rather than fielding concerns about crypto, he is more likely to receive requests for advice. Congressional staffers from both parties want help, he said, drafting pro-crypto tweets for their bosses, who see that the subject can generate frenzied social media engagement.

The website for the Congressional Blockchain Caucus, which was formed to foster the accounting technology underlying cryptocurrency, lists 18 Republican and 17 Democratic lawmakers. Sherman, though, is not alone in taking a hard line on the crypto boom.

Massachusetts Sen. Elizabeth Warren has called for Congress to do more to regulate the industry. She is also among the Democrats calling for a crackdown on the carbon emissions associated with some cryptocurrencies, like Bitcoin, which relies on vast numbers of specialized computers competing to solve mathematical puzzles as part of an energy-intensive process that secures its network.

Hillary Clinton and Donald Trump have both spoken out against cryptocurrency on account of its potential to undermine the dollar’s global dominance.

In June, Trump likened Bitcoin to a “scam,” telling Fox Business Network, “The currency of this world should be the dollar. And I don’t think we should have all of the Bitcoins of the world out there. I think they should regulate them very, very high.”

Younger politicians are less likely to prioritize such concerns. “I don’t know a single Republican under the age of 50 who’s critical of crypto,” said Hammond, who previously worked for Republican Rep. Warren Davidson of Ohio. Hammond said that some older members of the party quietly oppose cryptocurrency adoption but have hesitated to express public opposition.

The technology has even split the Trump family along generational lines. Former first lady Melania Trump, 51, posted a tweet this month in honor of Bitcoin’s 13th birthday, as she launches her own line of non-fungible tokens, digital collectibles that rely on the same blockchain technology that enables cryptocurrencies.

While those who deal on the world stage are more likely to see crypto as a threat to the U.S.-led global financial order, many mayors — like Eric Adams of New York and Francis Suarez of Miami — have embraced crypto as a way to attract attention, and potentially jobs, to their cities.

The technology is also inspiring candidates who have made money from it to mount crypto-themed runs for office. In Oregon’s newly created 6th District, Matt West, a DeFi — or decentralized finance, a new form of lending enabled by blockchain technology — developer, is running as a pro-crypto Democrat. On the heels of a quixotic independent presidential bid, Brock Pierce, a former child actor turned crypto entrepreneur, is exploring a run for the Vermont Senate seat being vacated by Democrat Patrick Leahy.

As the total value of cryptocurrencies has exploded to more than $2 trillion in recent years, those made rich by the boom have begun to throw their weight around as donors, too. Last year, the second-largest individual donor to Joe Biden’s presidential election efforts was Sam Bankman-Fried, the 29-year-old founder of cryptocurrency exchange FTX. Bankman-Fried gave more than $5 million but evinced little interest in scoring a meeting with the beneficiary of his largesse.

As Congress and the Biden administration begin to grapple in earnest with the implications of cryptocurrency on a range of policy fronts, crypto donors are becoming more strategic. On New Year’s Eve, Jesse Powell, the CEO of Kraken, another exchange, issued a public call for lists of candidates who support cryptocurrency and of “crypto enemies.” The next day, he announced he had made maximum allowable contributions to 15 politicians, including Rhodes, Mandel and West.

Sam Cooper, a former deputy chief of staff to pro-crypto Sen. Ted Cruz who now advises crypto clients in the private sector, said donors are still getting their bearings this cycle, before what he anticipates will be a more organized effort in the next presidential election.

By then, Cooper said he expects crypto will have gone from a niche issue to a campaign trail staple. “Will Bitcoin become a core issue in 2022? No. It’s going to be inflation and immigration and the things we see everyday,” he said. “But I do expect in 2024, especially on the Republican side, that this will be an issue.”

Ben Schreckinger covers tech, finance and politics for POLITICO; he is an investor in cryptocurrency.